^That does make a bit more sense, I suppose. If I'm reading a book about something, then it's very likely that I'm considering spending more time in future working with it.

Fat chance that is my future.

Maybe another try:
Selene: The Greek word for the moon can stand for the celestial body or for the deity representative of that body.

Been glancing through and mine came flooding back (there's been a few ), list is of course non exhaustive and in no particular order.

I only remember one for me, Deanna Troi.

Just thought of another one.

Opened a can of worms here (for myself anyway) because I've ended up compiling a couple more lists in the interim.

Relationships that have influenced my own:

Bit of a pattern emerging there I think.

Edit: I got permission before posting this next bit. Idoha no longer has a crush on Sid Vicious, she has crushes on three YouTubers instead.

Oh, Wednesday Addams from the movies. Forgot her.

And Clarissa from Clarissa Explains It All. No clue why.

Your role models suck. I hated those characters. Sid Vicious is a much better role model.

rygD said:
Oh, Wednesday Addams from the movies. Forgot her.
Click to expand...

I was going to post her, also Violet Baudelaire from the Lemony Snicket's A Series of Unfortunate Events film but I didn't want to look like a paedo (bit late now of course ).


rygD said:
Your role models suck. I hated those characters. Sid Vicious is a much better role model.
Click to expand...

Don't you go making fun of my substitute father figures.

Christina Ricci was older than me, so...

rygD said:
Sid Vicious is a much better role model.
Click to expand...

Actual Sid, or young Gary Oldman's portrayal of him?

FWIW, I have no real idea what this thread is about at the moment. But eh, what's new?

rygD said:
Christina Ricci was older than me, so...
Click to expand...

TIL that she's 38, so she's older than me as well. That should keep the paedophile hunters from my door for a while (we apparently have an epidemic of them in the UK at the moment).


levi said:
FWIW, I have no real idea what this thread is about at the moment. But eh, what's new?
Click to expand...

My original plan was to bring people together through the playing of forum games, then I ended up going off on a tangent as usually happens.

Whichever one was mentioned earlier. Probably the real one.

He says he will send you one crate. For the cause.

@Cerbera: When traveling by underground, do you pay twice? Or does one of you travel without a ticket?

As I remember it it's one ticket per physical body (unless you're a very fat person on an aeroplane) which is lucky for my wallet. 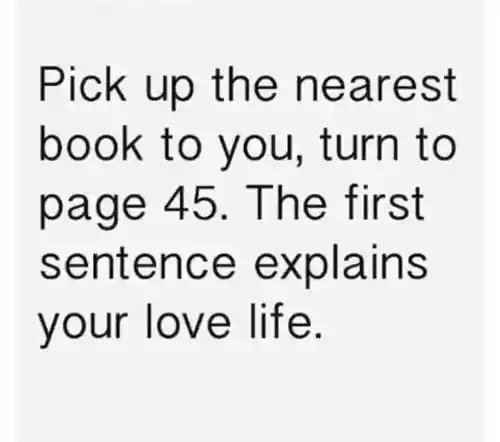 Never heard of them. Stumbled across a job lot of psychiatric training videos that I thought people other than myself might find interesting.

Thought this sounded like something fun to do for both of us. Will post our results after we get back from work.

The results are in.