Good news, everyone!
After some successful tests, it's time to move to the next step!

If you followed the twitter posts, you know that Nikolaus was constantly working on the CPU board, and we have been able to do quite a few tests.

But let's start at the beginning...


The CPU-Board with a slight failure

We received the bare PCBs two weeks ago and after some fights with populating the RAM properly, we finally got the kernek to boot.
However, it didn't reach the login screen, it hang while initializing the hardware components, so something was wrong.

After investigating a bit, Nikolaus found out that there was a layout mistake in the CPU board: Two traces had been swapped - the communication line (I2C bus) between the CPU and the Powermanagement controller.

Which means: the Powermanagement controller is running in some default mode (which is good enough to start and boot the kernel), but whenever Linux wanted to change some voltages (i.e. SD Card slot), it couldn't communicate with the controller and simply hang.

That's why we couldn't get into the login screen.

With some software workarounds Nikolaus managed to boot into Linux and was able to do some simple tests with the processor, for example showing the Heartbeat of the Linux system on an LED!

You can see that here:

(For those who don't know what the heartbeat is: It's basically some small timer built into a Linux system that triggers similar like a heartbeat and shows that the system is alive).

What looks like some simple thing (probably one of the most expensive blinkenlights generator out there) was actually a breakthrough - as it showed that - except for the power controller - RAM and CPU are running stable (over hours and hours).


The fix of the CPU-Board

But of course, we'd like to test the FULL hardware, so what should we do?
Unfortunately, swapping the traces with manual solderind won't work as the traces that need to be swapped are fully buried within the 10-layer PCB.
So we either need to produce new CPU boards (takes about 5 weeks) or create some small PCBs that go between the powermanagement controller and CPU PCB so we can fix the boards we already have.

We had hoped that those small inbetween PCBs could be produced cheaply within five days, but it turns out they'd cost about the same as new CPU boards and would take 3 weeks - so we wouldn't gain much here.
Still, without full tests, we couldn't know whether there are any other bugs in the CPU boards, and waiting 5 weeks for more CPU boards only to find out they have some more issues would be annoying.

Nikolaus tried some more patches - and that actually made it easier for us to make a decision how to continue!

He was able to test a lot more of the Pyra hardware with these tests - so we now know the following:

Not yet tested: SDIO devices (WLAN/BT/Audio), as we need to work on the device tree for that (which is what Nikolaus plans to do next) and MIPI Video Stream (turning on the backlight works).

So yes, we got the CPU PCB plugged onto the main PCB working fine.
And all of that was running stable for hours, without any issues!

It shows that most likely, the swapped traces on the CPU PCB are the only issue we have with the CPU board, which is awesome news!

With disabled power management and everything enabled except for the Wifi module, the rotator chip and the display (background lighting was on though) we had a power usage between 500mA and 900mA (so 2,5 - 4,5W), which is not too bad.
It's similar to what the Pandora had before all the power management functions were properly included.
With the battery of 30Wh, it would mean between 7 and 12 hours with all components enabled (even with LTE!).
Take that with a grain of salt though - these are just a few quick tests, but they are very promising.

Okay, with that, we now actually have a plan!


And the rest of the parts?

Oh yes, right. Keymat and case, haven't talked about those in a while now, have I?

Well, the mould for the keymat is already in production and will be finished within this month.
For those interested what the printing looks like, here you go:

As you can see, the power button is transparent. That is because there's an RGB LED below which can for example be used to show the battery status with a color, etc.
We should receive samples within this month as well.

The work on the case moulds has also begun now.
The only area I still want to do some changes is the lid with the LCD, so they started with the moulds for the base parts.
Until they are finished, I should have the changes for the lid finished and then they can work on these moulds as well.

Moulds take about 2 months, so we should have samples early November as well.

Stay tuned - we're getting there!

Thanks for the updats, ED. I didn't know what a heartbeat was in regards to h/w testing and so forth until today.

Moulds take about 2 Months™, so we should have samples early November as well.
Click to expand...

So does the keymat image imply a backlit dpad after all? And what's with the random pink cutout(?) shapes in the dpad area and next to the right nub? 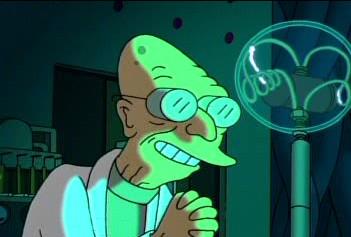 EvilDragon said:
It shows that most likely, the swapped traces on the CPU PCB are the only issue we have with the CPU board, which is awesome news!
Click to expand...

I'm going to temper my optimism with a dash of scepticism. Only making one small mistake on a board is hard to believe, but it'd be amazing to have a bit of good luck here.

Very nice to see the Pyra coming together like this. Thanks for the effort for keeping us updated like you do.

I have a question.

I hope the key caps won't have too sharp edges, especially on the game buttons. Are those designed already?

Eight Bit said:
I hope the key caps won't have too sharp edges, especially on the game buttons. Are those designed already?
Click to expand...

Of course they are designed, otherwise, the mould couldn't be created already

No worries, the edges are all rounded.

Does anyone know when the Pyra project was first started/announced?
Last edited by a moderator: Sep 4, 2015

I know, the FOSDEM 2014 where ED anounced the Pyra on a Presentation about the Pandora,

this was end december 2013.. when i remember corectly..

vcoleiro said:
Does anyone know when the Pyra project first starter/announced?
Click to expand...

There's a bunch of threads in early 2013 about wishlists people have for a successor, including EvilDragon getting in and making non-committal comments about possible successors.August 2013: the first time EvilDragon mentioned a successor without the "possible" qualifier.

November 2013: Confirmation that a successor IS being planned.

Over the next month there was a request for suggestions which lead to many polls.

First use of the name "Pyra"

Christmas 2013: EvilDragon makes an official announcement and sounds optimistic of the Pyra project

So depending on what you consider "first started" it could be January, August, or December of 2013.
Last edited by a moderator: Feb 8, 2016

This is cool ED.  Maybe I can use Pyra to detect my heartbeat too.
K

I totally look forward to the pyra and it's good to see, that everything is progressing so quickly.

Totally looking forward to it - and when the preorders/kickstarter (will there be one? 'Cause that might give you guys some promotion) start

Thanks for the info.

So basically we are approaching the 2 year mark more or less since the start of the PYRA project.

I'm going to guess June next year for the PYRA launch..
Last edited by a moderator: Sep 4, 2015

Oh my, I can already imagine what my christmas gift will be. A Pyra preorder.

Pyra Pre-orders might tally up nicely with the release of um... Star Wars -The force Awakens.


vcoleiro said:
Thanks for the info.

So basically we are approaching the 2 year mark more or less since the start of the PYRA project.

I'm going to guess June next year for the PYRA launch..
Click to expand...

Hopefully we will get some Pyra's before then. I'll optimistically say March.
K

Wrath of Khan said:
Pyra Pre-orders might tally up nicely with the release of um... Star Wars -The force Awakens.
Click to expand...

Like "Pyra - the Pre-order awakens" or how do you think it's gonna be called?

I don't think that it would come out in march, when preorder start in december - more like april/may - july might already be a bit too long.

Hm, 5 Weeks seems long for making these tiny boards, let's hope there are not much more errors in the layout so it doesn't take another 5 Weeks after that. What's with the companie(s) that promised these boards within a few days? I guess they were hit hard by Pyra-reality and are very scared now.

Keymat seems fine. But I still prefer separate ABXY buttons that are not part of the actual mat. So they could be easily swapped and could be made out of more durable material or have another shape than the rest of the keys. Still could be made transparent if needed but I don't even need illuminated ABXY buttons to be honest.

Good to see there is some "parallel" wor going on at least so the production does not completely depend on finishing one part after another. If you still need inspiration for the Lid/hinge part, ED, I had made  some sketches there too.
You must log in or register to reply here.

Pictures for the weekend
3 4 5

Welcome to the decisive year
3 4 5