Wait, new idea. The beige can be clear. Clear beige. Since everyone has their own favorite shade of beige you can add as much color to it as you want. There we go.

rygD said:
Wait, new idea. The beige can be clear. Clear beige. Since everyone has their own favorite shade of beige you can add as much color to it as you want. There we go.
Click to expand...

So, in the grand parlance of the color naming industry, would that get called Snot? Mucus? Goo?

Nah, clear beige. See, it's really just a clear case, and you tell the people that want beige to paint it the exact shade they want.

I guess I am not feeling so hot today, your color names kinda grossed me out.

Clear is just any colour with the alpha set to zero.

A colour is just alpha 1 with the colour set to a specific value.

I voted for purple, green, and blue. Sadly some of the least likely colours. I suppose there is still a chance of a blue at some point, but I suspect it will be unpleasantly dark. My preference for blue would be a bright one.

Luckily I'm okay with a dark grey (as long as it's not completely black). As it looks like we will be getting that by default, I will be okay. But I'd certainly like to change it later for something more in keeping.

I no longer have a colour-matching monitor, but this colour looks very close to a green that I would like.


Silent-Hunter said:
I voted for Grey, Beige, or White, but I'd only want white if it was 80s/90s PC off-white. Not white-white.
Click to expand...

The first GNU/Linux machine I had for portable use was a white-white SONY VAIO and it was the worst computing device I have ever owned. The reason for that was not the white-white colour (although that was a problem too -- the machine looked revoltingly dirty after only a few days and cleaning it made it worse), but rather it seemed that SONY had gone from a company that produced clever devices well-built to yet another brand foisting off cheap garbage on gullible consumers -- probably it was being run by MBAs and no longer by engineers.

Instead, discerning people who'd never stolen anything in their lives would be mesmerised by these scrumptious looking devices and put them in their mouths -- oops -- I mean walked off with them, before their brains registered what they were doing.


comradekingu said:
Which begs the question, what is the "made custom/special" adverb Customizingly, customatedly, unique, I don't know.
Click to expand...


Grench said:
That is actually part of what I find fascinating about the prospects of colonizing other solar systems. Yes, it would be a multi-generational project. Colonizing/conquering continents was a multi-generational project too. Comparing Europe to US, some would say we're not half done yet - there is still a lot of empty space (IMHO good thing).
Click to expand...

True, but I don't think we should wait until we've filled up this world before we start settling other planets.


Grench said:
But, yeah. I'm very centrally located in North America and have no fear of sea level rise.
Click to expand...

When the starving millions displaced from the coasts arrive, perhaps you'll rethink that.
L

After seeing it at the Q & A, I really like the blue

Ugh, really? I thought that looked horribly cheap. I don't mind some primary colours, like bright yellow and safety orange (and the baby blue mockup I made for a test), but they may discolour quicker than a dark colour, so if we do have blue I'd hope it would be a very dark blue indeed.
L

I just like blue electronics in general, but yeah, I think a darker blue would look even better. I really liked the color of ED's painted Pandora.
Last edited: Aug 6, 2018

levi said:
Ugh, really? I thought that looked horribly cheap. I don't mind some primary colours, like bright yellow and safety orange (and the baby blue mockup I made for a test), but they may discolour quicker than a dark colour, so if we do have blue I'd hope it would be a very dark blue indeed.
Click to expand...

How about this one then? 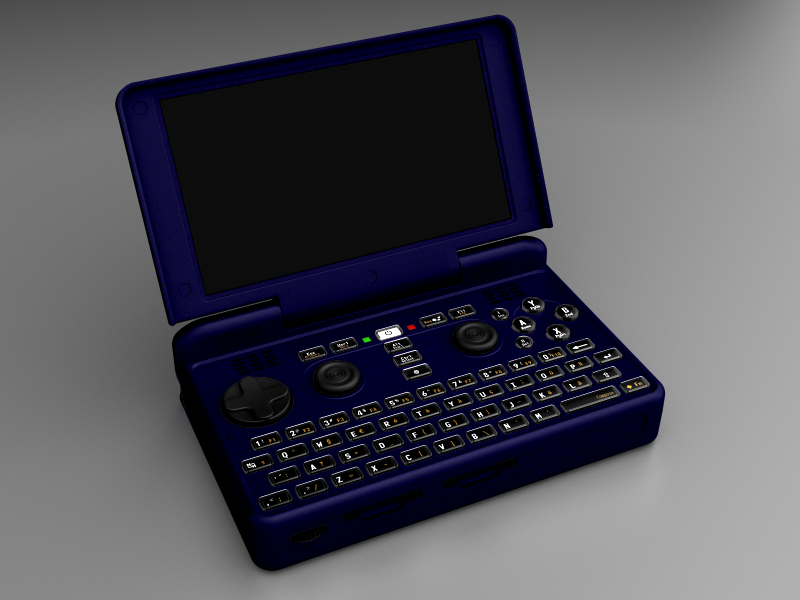 That's about the brightest I'd accept, yeah!

Not as dark as I would like, but this is what is called, "Dark Gray".
https://www.colorhexa.com/a9a9a9

Now, if you darken that by a couple orders of magnitude...
https://www.colorhexa.com/444444

And maybe add a hint of red and tone down the blue and green to compensate...
https://www.colorhexa.com/452525

That 'dark grey''s not even slightly dark! Blimey, that could be where a ton of confusion lies, for me at least.

The term I tend to use more is gunmetal grey, which seems to be about the right darkness I mean but seems to me slightly more blue than the raw rgb values would suggest, so for me it kind of ticks my dark blue and the deep dark grey preferences.

Your dark red feels like a mix of maroon and dark brown, which isn't my preference. Maybe if we use a red shade we actually need a chunk more red. Something like this seems definably positively red to me, but is still dark.

Who knows whether ED will be able to order anything like these colours though. For me I think we need something with a green value of less than hex 3a, but whether it's blue biased or red biased from there is relatively okay, although as I say if we use red I think we need a chunk of it to stop it being brown.

levi said:
... if we use red I think we need a chunk of it to stop it being brown.
Click to expand...

If it had a grain, it could look very nice.
[doublepost=1533758895,1533758584][/doublepost]And, would add kinda an Ouroboros aspect.
You must log in or register to reply here.
Share:
Reddit Pinterest Tumblr WhatsApp Email Link
Top