News from all fronts

@rygD You should use your mouth, too.

I do. Sometimes I also look out windows while drinking wine.

Shenmue said:
Oh dumb question. So now that 3D driver is working on latest Pyra OS. Does this mean if I run latest Pyra OS on Pandora, the 3D armhf driver will work on Pandora as well?
Click to expand...

No, the sgx 530 in the pandora requires a different driver to the sgx 544 in the pyra.

Though it may be possible to have the same 'newer' driver version on the pandora as the pyra, the powervr driver binaries only ever support a single sgx device at a time (switched by a build option)

Ok thanks. So it's indeed a dumb question.

thanks for all the developers' hard work behind the scenes!

WizardStan said:
A second vote for hot pink, or at least cotton candy pink. I started 3D printing a case, I should consider finishing it soon.
Click to expand...

Though i am definitely more in favour of pastel tones.. a pastel pink that's ever so slightly peachy would woo me like no other colour could.

At this rate we may convince ED to make pink cases instead of clear.

rygD said:
At this rate we may convince ED to make pink cases instead of clear.
Click to expand...

Show me a pic of coral red before I tell you. 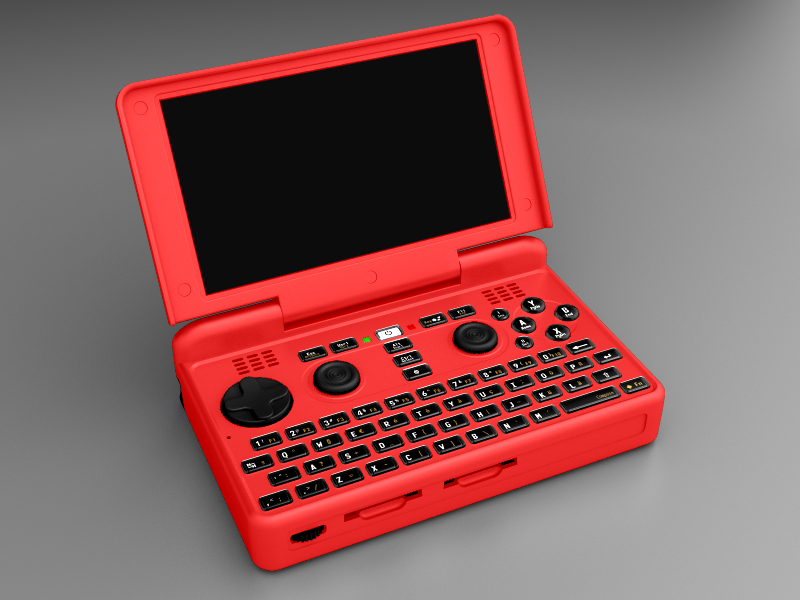 Not my cup of tea to be honest, but I'm sure there are some who would like a Pyra in this colour.

Thanks, Neelix. I think I could go for that as my fun color. It looks better than I imagined, and it shouldn't be as bad for some others that are scared of pink.

Just guessing here, but it is probably too bright for FaeMinx.

That is one of only a few renders that I really enjoy just looking at. There is a particular dark grey one I like that many others seem to also favor. With the coral red I can really see what Grench was talking about for the logo plate, as I think that would look terrible with a silvery plate, but should look decent with a black one.

Not my cup of tea to be honest, but I'm sure there are some who would like a Pyra in this colour.

Not bad not bad. I could go with that. I even prefer it to the official wine red renderings.

But if we are going shockingly bright, I would go with that tone but in a violet or magenta.

(I still want my Strawberries & Cream Pyra though)

At this rate we will all be clenched lips with stern stares sitting in a room with our respective Pyras, all of which will be bright sparkly pink.

ED will stand in the doorway, with his non-pink prototype Pyra. To lighten the mood, he will make a joke in German. It wont be good.

Looks will keep meet in passing, only to be directed down or outwards, in a slow chase with respective heads in a disconnected hot pursuit.

All but, everyone, will have their argument and retort almost out in the open, but nobody will say anything.

Because we all know what lead to this, and why we can't have nice things.

One brave ignoramuse will seek eye-to-knee-contact on someone else, come to halfway open their mouth, to the words "I don't speak to people with pink pyras!"

This collective breath of resignation and despair will be met with only enough chuckle to keep the pyra-boat adrift.

An enjoyable voyage, in a depressing sea of pink, acting as both blinders and source of head-bobbing nightnmare. An endless pinkness, seemingly presented with a window of imaginary torodial polyhedrality.

Glxgears will defenestrate themselves only to escape the ugliness that surrounds them, in a spectacle that would otherwise impress in its 3D nature.

Someone will make an emulator that puts what you are doing in a virtual Pyra of another colour. Its popularity on the repo will be unmatched.

This has been a fan-fictional prophecy variation on 'The story of the black Pyra', the latest instalment in a seemingly neverending series of prequels.
Last edited: Jul 2, 2016

All who disagree with me also do.

Edit: My secret plan may be foiled, but inevitable pinkness will ensue nontheless.

The pyra is laptop size for my doll owl.

If we all get pink Pyras, please expand that story, make a visual novel game based on it and put it up on the repo so it can be the first thing I play on my shiny pink new Pyra.
You must log in or register to reply here.

No time for a break after GamesCom
4 5 6