I thought according to the stereotype we rather ought to be good with leather.

levi said:
The chrome paint sounds cool, and I remember it looking quite good if it's the same stuff as in the video you shot. But it will mean that if it ever does come off, it'll be matte underneath. I guess I might also be concerned about fingerprints on that paint unless it's oleophobic.
Click to expand...

Nope, it doesn't show a lot of fingerprints, no worries. It's not that glossy
You'll see that all int he video.

Also, it shouldn't really wear out. It's the same coating that's being used in cars like Audi, etc., and that usually also doesn't wear out that easily.


docbroke said:
Getting some choice is good but, I hope this doesn't delay the assembly. Btw., I am still with black.
Click to expand...

No, not really. I'll make a list upfront. The basic assembly of the cases is identical, regardless what unit it will be in the end.
The PCB is the last thing put into the case. And as I need to put the proper sticker (serial number) on the correct unit anyways, this is no extra work.

Are you planning to assemble all the pyra single handed (don't be so greedy ) ? and how long that assembly will take ? Guessing by the time you took to assemble prototypes, 500 sounds too many to me. I guess you are trying to utilize spare time you are going to get due to delayed arrival of heatsinks and heatpipes.
Click to expand...

No, there will be a few helpers
Additionally, the assembly of the prototypes was pretty fast as well. The issue was more to find fully working boards (because of the ripped-off diode issue). But the mass produced boards should all work

Also, mass assembly is a lot faster. You use a huge table and first put all the screens into the lid, then add the display board, then put in the LCD Cable, etc.
It's the same thing over and over again, which will speed things up.
After that, the next step is being done. We did it like that with the Pandora, and the assembly time was pretty fast


SNESFAN said:
Could you go a DIY path for some like the odroid go/advance? I have to say that was an oddly satisfying experience. Makes it feel as I have more invested in it than just some gadget.
If I gathered correctly some modifications must be done to the board that should probably remain at your level, but the assembly with good instructions could be sent out and a time saver to you.
Click to expand...

Actually, that WOULD be possible, yes. The modifications were only last-minute fixes on the prototype boards, the final boards are finished as they are, of course.
Not sure I'll do that, but it would be possible.


Silent-Hunter said:
I think chrome is a bad idea. If it's reflective, it will be distracting when using it in the light. And easy to blind yourself with if you're outside.
Click to expand...

It's not that much reflective. It's very dark chrome. As mentioned, it's being used in cars, and the last thing you want is being blinded or distracted when the sun comes through the window

Are the designs/content of the manual finished?
Click to expand...

No, but I'll use the company (in Germany) I always use for printing, and that takes 2 - 5 days normally
So first I'll concentrate on the stuff that has a longer leadtime.

Additionally, the manual will be a quickstart guide like for the Pandora, nothing else.

EvilDragon said:
Also, it shouldn't really wear out. It's the same coating that's being used in cars like Audi, etc., and that usually also doesn't wear out that easily.
Click to expand...

Okay, although car paint does chip, even on Audis. I guess we won't be firing grit at our Pyras at 60km/h though so we'll probably be okay from that front.

EvilDragon said:
the heatpipes have a lead time of 5 weeks
Click to expand...

Wouldn't copper be more efficient than lead ? What...? Oh no, don't bother answering, I'm already far away unreachable because of confinement...

levi said:
Okay, although car paint does chip, even on Audis. I guess we won't be firing grit at our Pyras at 60km/h though so we'll probably be okay from that front.
Click to expand...

I don't think we're talking car paint here. Rather coating of parts, that later are parts of the interior.

Isn't there a complete economic shutdown of germany like in austria?

Im sorry ED while i respect your opinion I'm afraid I just can't get behind the chrome idea. IMO plastic should never try to look like metal unless it is a replacement reproduction part. It always feels tacky when you hold it.

But wtf do I know I'm a nutcase who actually wants a CLEAR case. I can see how this is a very subjective issue of taste.

Let's see what happens with the vote or however you decide. I will make my final decision then.

No, only stores, restaurants and bars. Places, where a lot of different people meet.

Location
Not in this Universe

EvilDragon said:
And as I need to put the proper sticker (serial number) on the correct unit anyways, this is no extra work.
Click to expand...

BTW, will all units get a serial number or is this a prototype/pre-preorder exclusive thing?

If the choice is between matte black and matte chrome, I'd still prefer black. I really want grey or off-white but I'll take black if those are the only two options.

bennr01 said:
BTW, will all units get a serial number or is this a prototype/pre-preorder exclusive thing?
Click to expand...

Its probably about the sim/wifi serial numbers too.
@ED what is the law about this? Do you need to keep track of the IMEI and MAC?

I'll drive to Germany and finish the Pyra myself if I have to...
but guess that's not really an option if the country would be closed.

docbroke said:
Are you planning to assemble all the pyra single handed (don't be so greedy ) ?
Click to expand...

I can see it now :
The DragonBox Pyra. Single-handedly built. Singular handheld.


EvilDragon said:
It's the same coating that's being used in cars like Audi, etc., and that usually also doesn't wear out that easily.
Click to expand...

I like the sound of that. If it does indeed look great on smaller pieces, like on the ribbing of the shoulder buttons, I could see myself swapping out some parts for a black case with chrome accents. Very car-like, as is expected of this coating given its use in the automotive industry, and if durability matches it would make for a nice selling point. That or I wait for a "classic beige" case to be released

By the way, do you have any idea of when spare cases would be for sale and at what price ? Also as I know some folks here would like to have a go at painting one, could the coating company tell us which kind of paint to use, and wether it would require any sanding or preparation of the case beforehand ?

Oh and, I guess you'd like to know that my brother has a couple of those, and I can't help but to find it hilarious : 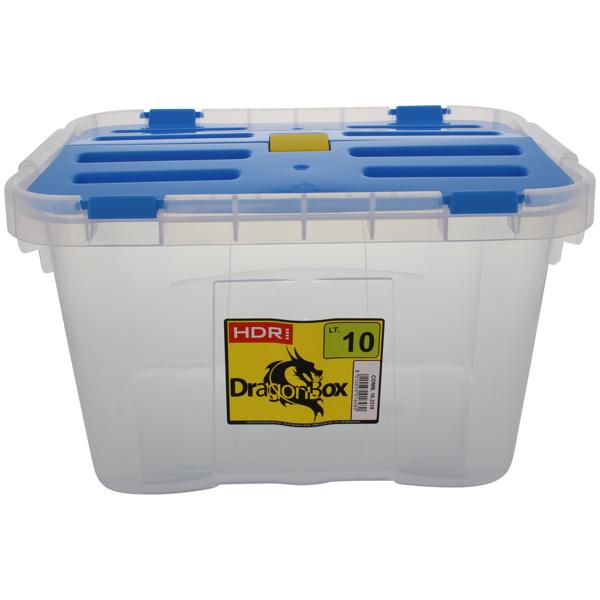 In fact, is sure is quite a good-looking logo...

EvilDragon said:
These will need to be coated and I'll bring the company four samples this week. We will try to different variants: Black (matte) and Chrome (which looks amazing in my opinion - that was what I had in mind when I produced the platinum Pandora shells...)
Click to expand...

Didn't you already get samples of matte black and chrome when you did this video?
Are you trying a different company? Are you just wanting to see what the chrome looks like when the case is properly cleaned?
In the video you said you actually preferred the matte black, has your opinion changed?

pimaster said:
Didn't you already get samples of matte black and chrome when you did this video?
Click to expand...

This lead me to @imposserous 's videos, which I somehow missed. Looked great, especially for a prototype, but it got me thinking that there's something we don't know yet (or do we and I also missed it ?) when it comes to the YouTube part : how's 720p60 ?
1080p is useless on this device, so we could even add a Firefox extension automatically setting video quality to 720p or less. But as YT doesn't provide both 720p30 and 720p60 on the same video, we'd have quite the limiting factor when it comes to daily usability if it doesn't run silky smooth.

Now I don't remember if the OMAP5 has a hardware H.264/MPEG-4 codec, but it looks like it and the PS Vita seems to read 60fps videos flawlessly (at least when stored locally) with somewhat similar specs. Also what would the situation be regarding H.265/HEVC ? Is the chip flexible enough that we can use at least part of the hardware acceleration ? Or can we brute-force play these videos in software ?
I'm guessing local videos would be more taxing than YouTube, as I suppose most people won't have videos in both home and portable formats. Supporting "1080 HDLight" formats or even better would be great for the Pyra to have, but that might prove too much for this APU.

No mention of h265 or HEVC.
I don't think YouTube was tested on some of the early prototypes because WiFi throughput was low. There is also the issue that the graphics drivers with tiler rotation are still not in an optimal state (to the best of my knowledge).

Thanks ED, stay safe and healthy, ok
Pyra is gonna be awesome, no doubt, but health is more important
T

Hot damn. It appears I may very well get both HL3 and the Pyra shortly before the apocalypse.