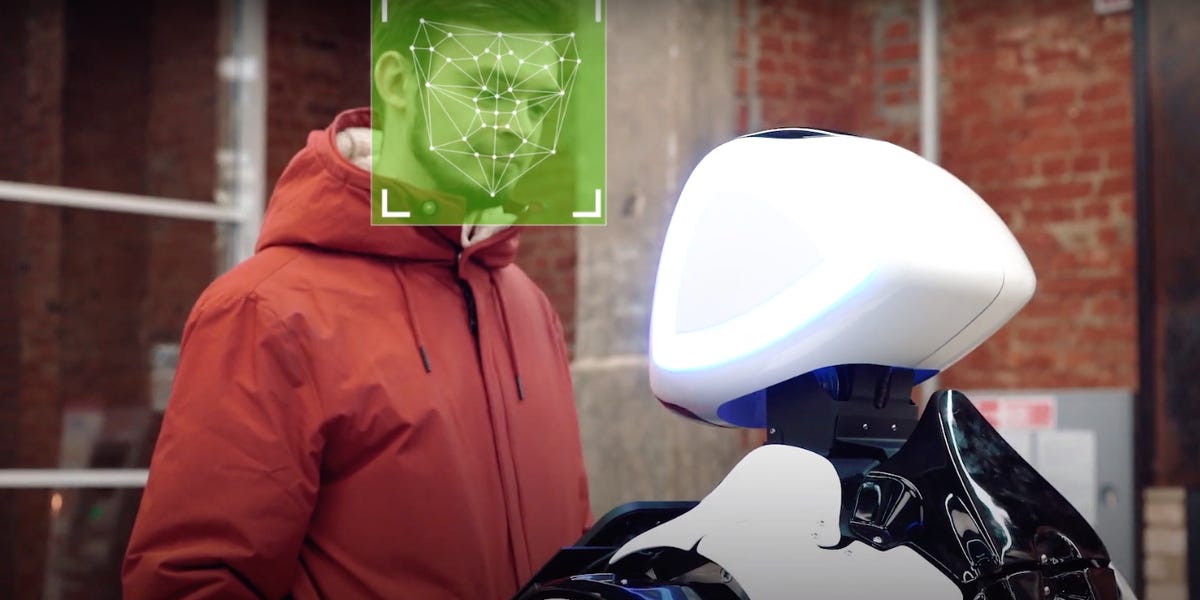 A new robot may be able to take visitors' temperatures and screen people for coronavirus symptoms before they enter a building.

One other piece of the puzzle fell into place today too. People with hypothyroidism usually have slow heartbeats, but up until now, mine's been fast. Looking at what the doctor wrote down today though, my heartbeat is down to 79. Not too slow, but kinda weird considering I drink half a gram of caffeine daily. Maybe a slower heartbeat is why I've been feeling the need to caffeinate lately.

Edit: Actually, I'll be starting a little experiment now. Specifically, I just ran out of sodas, and won't have any spending money for any more until Wednesday. I wonder if my temperature can drop even lower without caffeine. I do still have some decaf coffee, but the amount of caffeine in that isn't significant.
Last edited: Jun 11, 2021

It occurs to me, part of my problem could just be how I take my temperature. I woke up with a 96.8 tonight, but after a while, tried it again while sticking the thermometer further back in my mouth. Got 97.3. That temp scares me less than the 96s.

It was 97.3 at the doctor’s office today too, oddly enough.

Woke up again just now with a 96.9, and the thermometer was all the way back in my mouth. So much for the “using my thermometer wrong” theory.

Try the other end.

rygD said:
Try the other end.
Click to expand...

The problem is, once I do that, I can't go back to the other way.

Now you're just being defeatist.

I did finally poop about an hour ago, which is good because the last time I remember doing it before that was Thursday.

JDTAY said:
I did finally poop about an hour ago, which is good because the last time I remember doing it before that was Thursday.
Click to expand...

It's never fun if you can't do the basics, and additional stress doesn't help either. 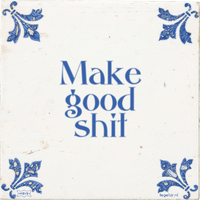 JDTAY said:
I woke up with a 96.8 tonight, but after a while, tried it again while sticking the thermometer further back in my mouth. Got 97.3.
Click to expand...

Time to search for "laser thermometer ear" if you want better readings (around 40 dollars). It's much more stable and will not swing temperature readings when you measure after eating an icecream or a hot coffee or even yawn.
And once you have one of those, note that you need to measure deep in the ear, so you need to gently pull a bit on your earlobe to get a straight passage into the inner ear. Just read the instructions and you are golden.

Although note that you do not stick it "further back in", as there should be no "further back in" you just put it under the tongue, and then wait a bit until it beeps (or if you have an oldie, until you count 300 missisippi's)

And that's where you pull out your logbook and present evidence. If you can't be bothered with a little discipline to produce objective data, how are you going to defend your viewpoint?

I had a beautiful car. It signaled "engine failure" for 2 moments, during a span of 1 week. Took it to the shop. They couldn't find anything. It blew up, a week later, during travel. The top part of the engine had to be replaced and all cylinders. I couldn't produce any evidence in the shop that the lights were on. The car did have an older protocol of ODB (1.1 instead of 2), so they couldnt "read" it.

Also don't cry wolf. You cry wolf too much, the doc will put your feedback into a mental box "unreliable/do not listen to patient". If you do not complain just state the facts... and then once in a while complain about a pain, then they will tend to listen to that feedback more.

That reminds me of the following joke: http://www.manythings.org/jokes/9976.html

FBnil said:
Time to search for "laser thermometer ear" if you want better readings (around 40 dollars).
Click to expand...

They're also very effective for performing laser eye surgery (nobody's come back to complain yet anyway).

@JDTAY Try writing down your perceived symptoms, and everything that goes through your mind when you're alone. Hand that piece of paper to your doc nect time you have a chance to visit.

Do you keep a journal`?

You know, I just found another thing that correlates with central hypothyroidism: diabetes insipidus. I don’t measure my pee, but I do know I drink and pee a lot, and that it never gets too dark, despite me drinking coffee. Man, I should’ve made them do that blood test, because I’m gonna be looking this stuff up for months.

JDTAY said:
but I do know I drink and pee a lot
Click to expand...

Why not save time by combining the two?

Guys, I have a glimmer of hope. I actually see my psychiatrist in four days. He has taken blood from me before, but doesn’t do it often. Maybe I can get him to test my T4 and TSH.

You may say hypothyroidism is beyond a psychiatrist’s scope, but I can claim I think it’s being caused by damage to my hypothalamus, which is a thing that actually happens sometimes (out of millions).

JDTAY said:
and that it never gets too dark, despite me drinking coffee.
Click to expand...

Drinking coffee does not make your pee darker. But you do go more often. 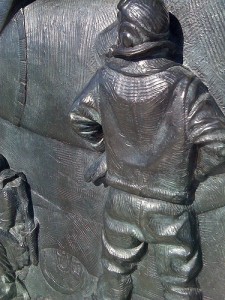 Why does coffee make you pee so much?

Why our internal body-men create extra amounts of pee when we drink coffee – and what to do about it!
www.whythiswhythat.com

And having a normal pee color means it is healthy (kidney+others). 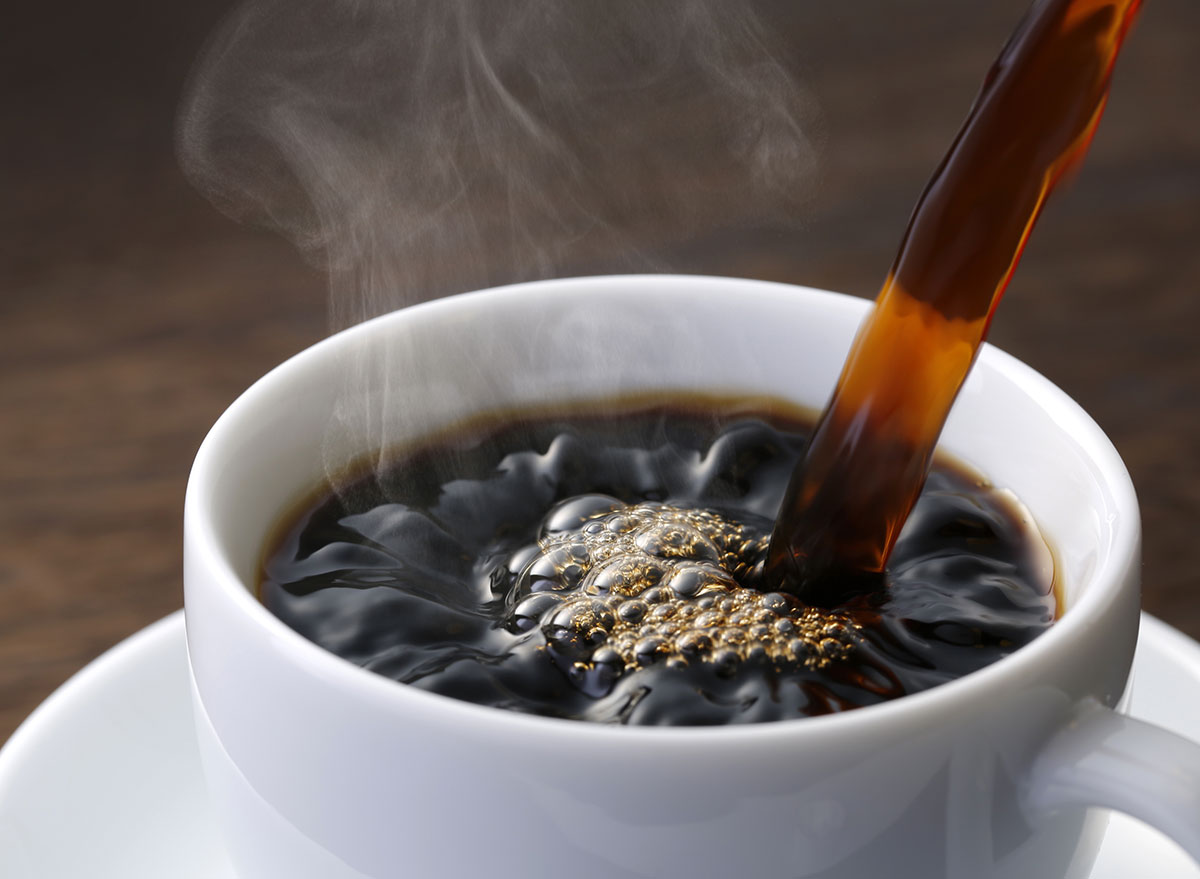 Drinking coffee every day can have some positive and negative side effects. We asked dietitians all about what happens when you drink coffee everyday.

Uggh, have a new symptom, and I’m not sure, but maybe my mind is just causing symptoms at this point. Pain in my lower left front. Symptom checker says constipation can cause that, but I did finally go today. Weird.

Get your ass off the couch and take a walk around the block.

?
gearbest refunded me too much money... should I scam the scammers?