First newspost coming FROM the Pyra!

I hope you had some great holidays. Last week was quite busy for me, I had an appointment with Global Components to discuss about the productions cost (yep, it's getting serious now), and I was also fiddling around with the prototype quite a bit.

In fact, I am writing this newspost here in a train using the Pyra prototype. An excellent test for the keyboard.

It takes a bit getting used to (I always hit ' when I want to press SHIFT, as that's where SHIFT was on the Pandora), but I can already type pretty fast.
All keys are easily reachable, they feel good, but as you know, I already decided the keymat will be tweaked a bit to improve it even further.

So, here's what happened last week...

I've started playing around with some special heat spreading, blocking and dissipation materials with quite a bit success.
Currently, the unoptimized OS with all features enabled (Wifi, modem, display, all LEDs, all USB ports, etc.) and no suspend or powersaving features enabled gets quite warm without any anti-heat solution... in fact, the CPU reaches 40,1C when just sitting around for 10 minutes, using about 4W (running both cores with full load at 1 GHz uses about 6W with everything enabled)

With just a few layers of cleverly placed heat blockers (to block the heat getting to the battery and the DPad) and some heat spreading as well as two copper springs added to the USB ports, the unit ran for over 40 minutes staying at a comfortable temperature of 30,2C, which is a lot better.

I don't think we need to do much more (after all, those materials are the same every smartphone uses these days), and it will be enough for normal usage. For continuos high power usage, it will still be warm (like every smartphone out there), but there's nothing you can do (except for adding a fan...)

2. Meeting up with Global Components

As it looks like, we can keep the prospected 500 EUR price tag, but will use the better Wifi chip (which also has 5GHz speed) in the normal unit as well.

What we need to find out and discuss are some MOQs (Minimum order quantity).
It won't help if a MOQ for one type of the 4G module is 1000 pcs. We need to be able to mix them up (US,European versions).
As usual, I'll let you know as soon as I got more informationa.

My BOE contact visited me this week to check the touchscreen issue (heavy color grains) with me.
Thank god it looks like it's a very simple issue.
The touchscreen is currently applied with some double adhesive tape. Because of that, there's a bit of air between the glass of the touchscreen and the LCD.
That air refracts the light which leads to diifused light entering the touchscreen layer.
Matted touchscreens are always a bit grainy, but the added refraction makes it worse (as colors are being refracted to different directions).

Another way to apply the touchscreen is using bonding. That way, a touchscreen is firmly applied to the LCD (without any air inbetween) which should solve that problem.

The first few developer units will be shipped in about a week and I'll spend the next few days to actively work on the website and Wiki to show the advantages and strength of the Pyra to newcomers on the main site and to give developers access to the current status of the OS and kernel so they can help improve the system.
Any help is welcome. I'll let you know how you can help with other threads on the boards.


5. Protoype units and a preproduction run

We were able to create 10 working PCB sets from the prototype run. This is enough for the developers, but not yet for all the ordered prototypes.

However, we still have a few fixes and the ordered prototypes I want to ship should have a full case and a fixed keymat (though I'll also throw in the old one in case you want to compare it).
So they'll still take a while, but you'll still receive them before anyone else, no worries.

Well... we now got a working prototype (which I used to type this newspost), so the time for the preorders has finally come!
I will now do a proper cost calculation which means the preorder won't be far away now!

Well, honestly, what a weird feeling. Actually typing ON the Pyra on a train!
It almost feels surreal! It took a long time, but we were always moving forward!

You all played a huge part in the process - so thanks a lot!
It's awesome seeing coming a huge project to an end!

Excelents news And typed on the Pyra is even more excelent!

I'm very interested! Are there discount for get two or more? How much does the 4G model?
D

Maybe I've fallen behind on the updates, but what would those "few more sensors" be on the 4G model?

What about the Nubs? When the big ones are all used up, are the smaller ones going to be used instead, or did someone find another solution?

@ED the feeling you got having an actual Pyra on a train doing a post is part of the reward for all your hard work...

How solid does the case feel ED?

Original Game Boy rugged, or is a level of delicacy still required?

Djhg2000 said:
Maybe I've fallen behind on the updates, but what would those "few more sensors" be on the 4G model?
Click to expand...

Maybe GPS, since I think the GSM/CDMA modems typically include a GPS chip?

Djhg2000 said:
Maybe I've fallen behind on the updates, but what would those "few more sensors" be on the 4G model?
Click to expand...

The cell module also include the GPS system, so on the base model you won't get GPS. I'm not sure what other sensors it includes - probably someone else will be along soon who's read the module specifications themselves. 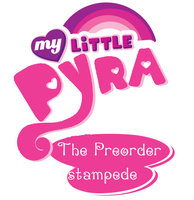 Sounds like some good progress has been made again.

Still, plenty of work is remaining. We will need some more patience.... arghhhh...
Unfortunately, I seem to have misplaced mine

I am concerned about the heat issue's effect on the long term batter life of the Li-ion battery cells.

Any idea how much would be required to put down for a pre-order? That $500 price range makes me realize I need to start saving for it now, hahaha

Wondering how ram size and eMMC size factors in.

My dream pyra would be:

Any update as to what colour you're going to make these badboys?

My dream pyra would be;

Any one that works, and has a decent 3d driver.