Well, my CC Pandora also got pretty warm when it gets charged, or i dosnt put it out of my poket when i refuge in the warm bed whyle there is a cold "blizzard" out there ..
It survived 4 yeahrs under this temperature conditions, and not realy carrefully usings, so i think the pyra also could survive the times whit me..
S

Cristian Zaballos said:
I'm really excited for the pyra and will do my best to import one for me, but one thing that got me thinking, don't you worry that the pyra will hit the market with a already obsolette hardware or have I missed something?
Click to expand...

fusion_power said:
Hmm, needs the finished, assembled parts to see if it is looking well. I would have prefered a real seamless solution without a visible frame around the actual logo, but if it is not possible otherwise, why not. If it fits flush and the surface and colours are done right, it should look well enough. But if done wrong, it will look much "cheaper" than the first design for sure.
Click to expand...

Would the aluminum be powder coated to match the case color.. That would be pretty important to not stick out like a sore thumb

TrashyMG said:
Yeah it should have a full spectrum of colors, switching itself won't really cause any noticeable drain. an RGB LED is typically comprised of 3 LEDs, so which color and intensity used will consume different amount of power... but It won't be significant maybe at most a difference of a minute or so on a full duration of a battery charge. Ideally turning off the LEDs will gain you the most power savings.
Click to expand...

Well, I guess we can also paint on a support and put it under the logo, if we switch off the Led.

TrashyMG said:
The CC Pandora at worse is as warm as a hot summer day. The only real time I felt it hot to the touch was when I had it charging on my couch and it slipped under some blankets.
Click to expand...

Yeah I'm familiar with how warm it gets to the touch, but can't tell the SOC temp in numbers, hence the question. Does "sensors" work on the command line?

If the Aluminium is really necessary then it has to be in the color of the Case and something non-glossy.


kuru said:
Yeah I'm familiar with how warm it gets to the touch, but can't tell the SOC temp in numbers, hence the question. Does "sensors" work on the command line?
Click to expand...

PS:
I just tested the temps on the Pandora (Max Screen brightness, 800Mhz@OPP3, CPU stress-test, CC model):
The whole system sucks around 2W out of the Battery (around 0.6W for the display) so 1.4W of Heat is produced. Afer 22minutes the CPU has 45.60°C and the Start and select keys get Warm(looks like the Keymat does a good job getting the heat away). The Battery is very good shielded from the MoBo and has around 24°C after that.
PPS: After a reboot (now all the conditions from above + battery is charching):
The whole System sucks ~5.7W. Now ~2.6W of Heat is produced. After 10 Minutes the Battery Temp jumped to 32°C now, the CPU is at ~50°C and additionally the Pandora, T and Y keys and all the Space in between gets warm.

EvilDragon said:
Some quick update:
As Nikolaus received the case as well, he could test the speakers and they're working fine as well.

He also started to add some capacitors to fix the stability, and while it wasn't fully fixed on first try, it improved a lot.
He was able to run the stress test on one CPU for 20 minutes - and that heated up the SoC up to 70°C.

So yep, it REALLY will get hot when you fully use both CPUs to a maximum.
Click to expand...

I'm a bit concerned that even with heat sinks to dissipate the heat throughout the interior of the case that there isn't much concern toward allowing the heat to exit.

If needed, an aluminum heat transport and radiator system may still be an option. It would not be cheap, but it may not need to be super expensive if it can be stamped and folded out of sheet aluminum though.

What is the actual clearance between the top of the features on the SoC and the main board?

The thin sheet aluminum part would ride between the SoC and the main board (plus electrical insulator layer where appropriate). From there it would, in theory, follow the system board to the front and/or rear of the case and exit on the front and/or back where the current case seam is then wrap back around the lower case back to the battery door where it could tuck back in for a clean look. It would likely need a clip or rivet point to hold it in place relative to the boards during assembly.

Just getting an efficient transport to the case exterior with some dissipation surface area might be enough. If more heat removal is needed, more complex radiators could be folded or stamped into the sheet to increase the surface area where it rides outside the case.

Or, if the PC case plastics are capable of enough heat transport that all may be moot.

as i really like the commodore 64 logo on the breadbox c64 with it's high quality metal-look finish, i'm all for the new aluminium logo.

Yay! Whenever I need a tinfoil hat, I can put the pyra on my head!

Here is some fan-art to cheer the testing: 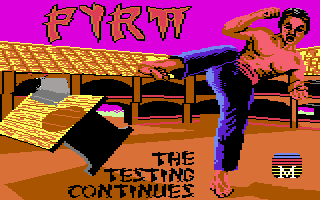 "He also started to add some capacitors to fix the stability"
Aha! Flux capacitors!

Looking damn nice Ed. Any ideas on when preorders are going to open?

An app specifically for heating up your Pyra to keep yerself warm would be nice.
P

AVahne said:
An app specifically for heating up your Pyra to keep yerself warm would be nice.
Click to expand...

Turn off everything except the CPUs.
Design a program such that it contains a loop which fills exactly the code cache and have it contain nothing which would produce an interrupt, allow OoOE or any other of those things.
Done I suppose.
Q

Many people have to realise these issues are common in development for any company, just most major companies aren't as transparent in the development process.

Well, I hope this heat issue finish with a happy ending.
S

TrashyMG said:
Many people have to realise these issues are common in development for any company, just most major companies aren't as transparent in the development process.
Click to expand...

I see these things as minor, because I read about the start of the Pandora and about what a stand up awesome guy ED is. I see how vibrant and active the community is. I see all of the amazing progress with the Pandora. I see all the potential with the pyra.

I also bought a Pandora CC that i thought was so awesome I bought a gigahertz. I never buy two things so similar... but i use and love my gigahertz everyday... I don't even use a laptop and the only desktop is at work.

I an honestly in. No matter what. Put up a preorder now and my money will be there. I have faith and trust.. And I don't trust much.

This community and product is really rare

Grench said:
I'm a bit concerned that even with heat sinks to dissipate the heat throughout the interior of the case that there isn't much concern toward allowing the heat to exit.

If needed, an aluminum heat transport and radiator system may still be an option. It would not be cheap, but it may not need to be super expensive if it can be stamped and folded out of sheet aluminum though.
Click to expand...

Well, that's why I got that stuff around at home already, so I can do testings with the actual case and PCB.
We will try to handle the heat as good as possible.

I would be more likely to have poor 4G reception. If wifi was an issue I would use my USB thingy, and I really only use wifi at home. Still, it is worth it if I can throw my Pyra at someone and have more damage to them than to it. Also, it might cool off the SoC a little quicker, dunno. Maybe if I have to throw it at someone it will will burn them in addition to feeling like they got hit with a brick. Yeah, I did forget about the issues related to having a metal case.


It seems that since so many people want the logo plate to match the case color that we should get an aluminum colored case. Could be worse.

rygD said:
It seems that since so many people want the logo plate to match the case color that we should get an aluminum colored case. Could be worse.
Click to expand...

No, it'd still have a different texture and probably slightly different color. It's better to have intentional larger contrast than unintentional small but noticeable contrast. For example, if you have a black suit jacket and vest and they're exactly the same shade of black it's all good. If they're slightly different shade it looks bad and like you tried to get matching ones but couldn't find any or couldn't tell the difference. If they're clearly different shades you're back in the green . Same with texture.

What about 4G?
Has that been testes already?
Can this be done without software?

Askarus said:
What about 4G?
Has that been testes already?
Can this be done without software?
Click to expand...

4G had already been tested last year in December (and even before that on the testing mainboards).
That's one of the easiest tests out there.
You must log in or register to reply here.
Share:
Reddit Pinterest Tumblr WhatsApp Email Link
Top