Well, the voting has been over, here are the prize winners


Congratulations to you all


I'll contact you soon for your prizes. Thanks to everyone who participated


One of the fully working Pandora PCBs from the German prototype production run in a special edition case!


You can either choose a golden or pearl white case, signed by EvilDragon.


Both cases only exist one time worldwide!


Additionally, you'll get a fully licensed copy of GLBasic including a GLBasic Sketchbook (thanks to the author for this prize) as well.


And you can choose between a Hardigg Storm Case iM 2050 (trimmed to store a Pandora, extra battery, and earbuds), an UnderWater Kinetics Retro-Lunch Box 309 Dry Box.or a handmade neoprene Pandora softcase (hand sewn with 16oz upholstery thread).. Thanks to ithic.com for these prizes! 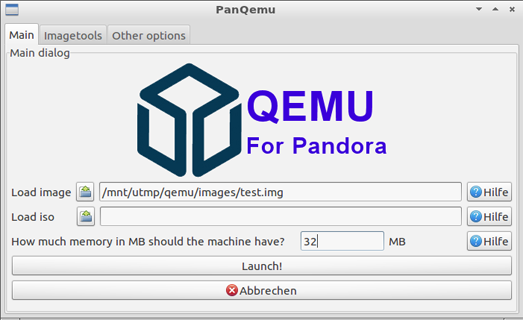 QEMU is a generic and open source machine emulator. This pnd includes the qemu i386 system emulation and a frontend.


A fully working Pandora straight from the German production starting in February, signed by EvilDragon.


Additionally, you'll get a fully licensed copy of GLBasic (thanks to the author for this prize) as well the choice between the two remaining prizes from ithic.com. 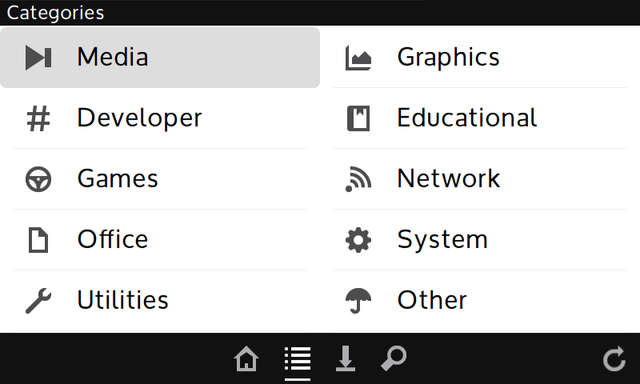 PND Manager is a tool to browse online through PNDs, install and update them, using the command line tool Milkyhelper to do that


Additionally, you'll get a fully licensed copy of GLBasic (thanks to the author for this prize) as well as a the last remaining prize from ithic.com. 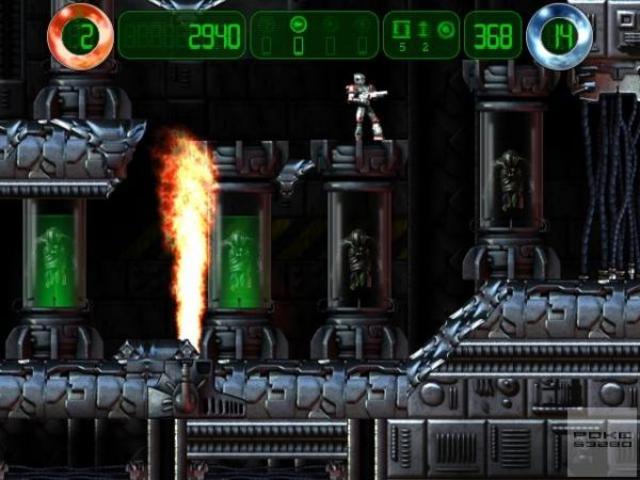 Hurrican is a freeware jump and shoot game that is based on the Turrican game series.


A 32GB SDHC card, tested to work with the Pandora as well as a GLBasic Sketchbook.


A 16 GB SDHC card from Samsung, tested to work with the Pandora as well as a GLBasic Sketchbook


Thanks of course to all the other entries as well:

Congratulation to all winners and a big thanks to all entrants, sponsors and EvilDragon.


I hope this is not the last we will hear of these entries!

Well seems like this compo was a huge success, many entries, many quality entries and I don't disagree with the voting! Nice!

Well, as this compo is over, here are some of my personal thoughts:


It was nice and refreshing to see not only ports but also new homebrew games pop up.


Most of you probably know that I really like and support homebrew games and will continue to do so in the future.


Giving out prizes as thanks to developers is a nice idea, I think.


Some of you might remember "Clicks for Devs", an idea I had back in GP32 days. I had a google ad on my File Archive site and monthly votings for apps.


The full money earned from the banner went to the homebrew devs. This worked well until Google decided they don't like that.


I think it's a great idea having something like this for the Pandora as well.


I could either throw in some prizes like accessories and SD Cards, or we could create a pot (I'd handle this) where users can donate money and the monthly winner will get what's in the pot.


What would you think about that?


Finally, as I mentioned I like homebrew games, here are some personal thoughts about the ones we had in the competition.


These are just some suggestions, as I'd love to see these games continued in development.


Dino Defense: Very well presented. Can't say much, except for: Continue to do that. I really liked that game.


Beta Block Quest: It's nice to see an optimized game like Minecraft. While I've never been a fan of minecraft, some sandbox game optimized for our little device can prove to be a lot of fun for our community. Maybe we could even have a public server where community members can login and meet up in BBQ in the future.


Schwerkraft: Very interesting game. Kinda like a combination between scorched earth and Space War. I think I would be great if some extra weapons (like in Scorched Earth) could be added


Wicket: At first I thought: Oh, another Boulder Dash clone. Then, after trying it, I was happy to see it's something different. It's a mixture of Boulder Dash, a Puzzle Game and a Jump'n'Run. Nice I've not yet tried an updated version (due to missing time ), but the Compo version was running a bit too slow in my opionion. Also, a bit bigger tilesets as well as enhanced graphics would surely add some spice to this game. Very nice.


Deadly Caves: Can't say much about this one - as I'm having the same annoying issues with it as I have with AAAA (well, same engine...): The controls are way too sensitive in my opinion. Turning around is instantly which feels a bit weird. So I didn't play it much. I like the overall game concept, but controls really could need some improvement.


Fall to Win, qrizmaze, FlyerBarrage: As these are casual games, I can not think of much to be updated here.


polyhedra: Interesting shooter - but I never was a shooter fan, so I can't comment much on what I think should be improved.


Sqr. Island: Nice start! The engine is working very well and seems very flexible. Please continue to turn this into a bigger game with more levels, secrets and worlds. Maybe get some help from community members, this looks like a game which could go far with a good team. I found it a tiny bit too slow, maybe a tiny but of speed improvement could help here.


cpuVextor: Another nice title. Amidar with levels and neat graphics. Only two complaints: It's way too slow for me. Arcade games like these should be played fast. Maybe you could include different game speed settings (or even a slider ). And second: It would be great if you could continue from a level which you reached already Replaying the same levels is getting boring after a while. Maybe some leveleditor (so other members can release level sets) and random levels could help here?


Caph: I loved playing Crayon Physics Deluxe, so it's neat to see a similar game here. There are some weirdnesses in the gameplay, but if these get improved and great levels are being designed, it could become an awesome title.


Ballion: I remember typing the listing for Crillion into the C64... it took days And I was happy to see a Crillion remake here. Gameplay also seems to be a bit too slow for me (though different speed settings might be a great idea as well), and maybe random levels and levelsets would be great.


The 2Unready Game: Well, it's more a sample for an ASCII Engine than a game. It seems a bit confusing at the beginning, but when you played it a bit, it's a neat game. I hope to see more ASCII games in the future.


Some other comments by me:


While the first Pandafe was crashing for me, I tried the latest version yesterday and was surprised how well it worked out of the box.


It easily used the emulators I had installed. Very nice tool for any Emulation fan!


If this gets updated to use screenshots as well and maybe even GoodXXX-Databases for filtering options, it would be awesome.


Right now, after properly running a ROM, it often displays an error (ZIP file error) for whatever reason. This should be fixed as well.


PandoraUnity could also become a nice UI for the Pandora like MiniMenu. It's very clean and fast.

I agree for the pot, especially because i just received an official letter today that says that i'm now unemployed (i resigned a while ago).


BTW, is there any job for me in Bavaria ?


Agree with your comments. I'd like to see an high APM cpuVextor, and an intergalactic schwerkraft.

What job are you looking for in Bavaria?

EvilDragon said:
What job are you looking for in Bavaria?
Click to expand...

Well i can do many things, hard, soft (system), marketing, audio, macchiato coffee. I'm usually good at finding solutions. I sent you my CV by email.


Apart my shop idea, i plan to develop services for little and middle companies around Slackware on OP. I have two small IT companies interested here in France. But as long as there's no contract, no money...


I also have two OSS custom-made solutions i made at work. I just have to rewrite it from scratch. Will send you videos (in french).


In the meantime, if some of you members can help me to gain some time enhancing sl4p, i'll be more than pleased.

hum, you forgot OpenDune, no?

elwing said:
hum, you forgot OpenDune, no?
Click to expand...

Right on to all the winners but sorry to brazenly use such a cliche but we are all winners here. Every time someone builds something for this product the cost per unit fun gets lower and lower.


Thanks again to all the developers and sponsors. I personally like Open dune the best

Way to go, all the winners!


PS I\ve never wanted to get a job in Bavaria. I just like this part of Germany. It's like a different country in Germany. It's to clean, too peaceful.

I'd like to say thanks to ED for organizing the competition and to everyone that left feedback saying that they enjoyed Dino Defense (and a BIG thankyou to those that voted for it). More is on the way

Nice to hear that! Dinodefense is one of my favorites, too


And thanks to ED from me too of course.

I also should have mentioned a VERY BIG thankyou to you mcobit for converting what I sent into proper smaller .PND files and uploading them to the repo. You've given more help and support than anyone. I've given credit on the repo, but not on the forum. Thanks for all your help

Congratulations: My true winners are all the authors of original entries!


Ian Price, thanks for this great game!

Dino Defense got some of my votes too . I hope you'll keep working on it

And special Thx for all People who created this Competition.


(and worked Today from 11AM-9PM with 1h toward+1h backward)


I cannot believe it ,that our Project had won.


You have created and ported so nicely Games and Tools,before the Voting has started thought i


that we maximum have maybe a chance for the 3rth or max the 2rth Place.


Time to Create many Images and reply many Requests.


Greetings from Germany
Last edited by a moderator: Apr 23, 2012
You must log in or register to reply here.

The Winners Of The Gph Game Comp Are
2