A Spectrum of Pyra Renders

Wow thanks Neelix .. I'm loving the safety orange, I hope I can get someone to make a case like that for me one day ..

torpor said:
Wow thanks Neelix .. I'm loving the safety orange, I hope I can get someone to make a case like that for me one day ..
Click to expand...

Black transparent like the Revo K101 Plus i have now


Its looks realy cool and you can see the PCB which would serve the Modular design of the Pyra quite well..


But Green, Blue or Black would also be cool..

I'm seriously lusting after the safety orange model .. I can't get over how great it looks.  As someone who loses his Pandora at least once a month, that'd be a real bonus!

I must say, that original safety orange is growing on me.


I think i would even choose it over black!


I hope someone goes ahead and makes it as a prototype colour...


Do we have a list of top picks yet?

Of the images that I posted the "sparkly" charcoal/gunmetal version got by far the most "likes". (13 or 14 if I recall correctly)


I can't speak as to the popularity of any colours posted by others though.

I acknowledge that some colors are looking nice (like "post apocalyptic rust" or "safety orange"), but considering occasions at which I'd be using Pyra  I'd more likely select some more casual color scheme ("sparkly charcoal" is a good example)

Neelix said:
Of the images that I posted the "sparkly" charcoal/gunmetal version got by far the most "likes". (13 or 14 if I recall correctly)


I can't speak as to the popularity of any colours posted by others though.

Yup, that one's still my favorite.  Not that the Safety orange looks bad, but I don't think it compares to the charcoal/gunmetal one.

The currently used picture on the mainpage has a screen that looks scratched. Colour is a bit undesirable, sort of dark bronze looking. 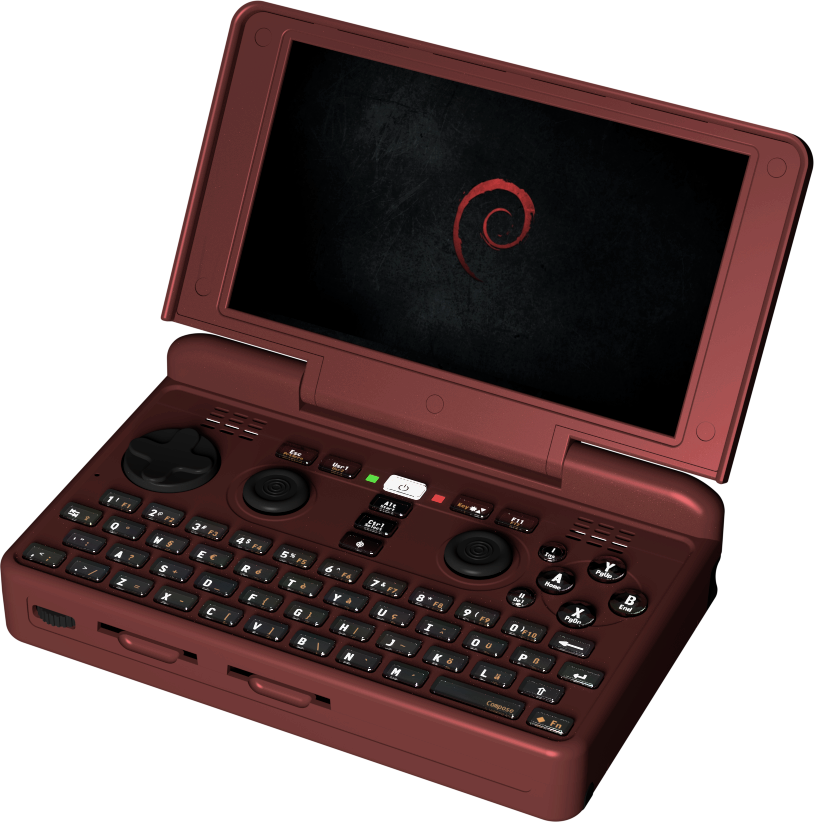 If red, then please darker and with a more interesting "sparkle" surface. ^^ I personaly prefer the charcoal grey variants though. 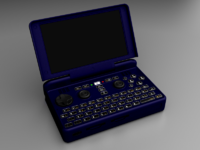 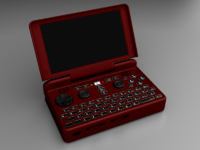 The dark red one of these please.  It has color, but can still live in an office or presentation setting.


The end color needs to live in both gaming & work spaces.  That one could do that.

As a matter of page display, I´d probably use a non color one, gray or that army gray as people did before. I´d keep the color for the page layout and logo.


I like the angle shot there as it shows a shoulder button and the pen, my only complain is that the image is too dark, the pen side is too dark and the keyboard, which I think stands for one of the highest selling points, is also darker then the front with the sd cards.


While it looks pretty, I believe functionality should be the point as that image is going to be the first a new user is going to see, so I would not even use black.


But maybe that is just me.


edit: yep I agree the screen looks strange, I´d dump a test image from the wip OS and use that instead.
Last edited by a moderator: Nov 23, 2015
A


Coloured clear plastics would be great.

I have a challenge for you render geniuses. I'm in line for a Prototype, which in theory lets me request and maybe get a custom color.

Please - someone show me what a Pyra would look like if made from this polycarbonate:

Or, alternatively, that mixed with just enough white to make it translucent. The trick in rendering is that the object itself is a light source.

Yes, in real-life use, the amount of light that it picks up from backlighting and ambient lights will be highly differential all over the case and will likely look 'blotchy'. I'm good with that.

I do have 'glow in the dark' as my #1 color choice submitted. Help me figure out how much I should push ED to try it or not?

Transparent(refraction) and reflective objects will only look good (as your reference) if a lot of work is put on the lights, that is, lighting it in a way that the incident angle makes the core transparent while keeping the ´borders´ light green.
Since it takes a lot of time, I can´t do it. But I did a quick test just to check it out, I hope that fits what you are looking for.

stop giving me more work to do!

Only Ed can make it stop with a pic of the final case and colors!

How much of an ambilight effect can you get with the diodes in the lid and transparent frosted front bezel?
You must log in or register to reply here.
Share:
Reddit Pinterest Tumblr WhatsApp Email Link
Top