Thought of the day...

I think this side from the manufactorer shows explains it much better than i can do
Once i made a Selling Spech whit a US Army Men from a Airbase in Ramstein, and it worked pretty good, but such things as Beefeed is a bit more divicult

Hm, thanks, but they just say, there'd better be lots of sugar in it and that bees would care for texture.
Maybe they're just silent about other important stuff. But from what they are saying, they just sell wet sugars as haut cuisine. ?

According to wikipedia in honey, 99.2% of it is sugar and water. The remaining fraction is probably bits of bee that end up in there by accident. On top of that, nectar is only considered as sugar-rich. Of course, bees need to make new bees as well as making honey, but presumably they can get what they need for that with short forays from the hive, I'd have to guess. @levi I can understand, that they predominantly need energy to produce heat. But as listed in the wikipedia article you linked to honey also containes protein vitamins and minerals, and I'd think those are important to the bees, too. I mean they still got their organisms to maintain.

Yes, it contains protein which I reckon comes from odd bee wings or legs that end up in the mix by accident. And note the values for vitamins and minerals are in micrograms while other measurable things are generally taken in grams; that's one million times smaller. They might get some of those by brushing against rocks when out and about, or they might be part of their different digestive system. That's the thing about vitamins; they're things that we can't produce on our own, but other animals produce these things more readily, which is why we've evolved to make use of them from other plants and animals and have lost the ability to produce them internally.

i recently discovered tierzoo, which is actually a very entertaining way to learn (marginally) about biology and the animal kingdom. in the style of talking about life as an RPG, e.g. with characters that have different buffs/debuffs, special abilities, etc. one of my favorite parts is the way he talks about different eras as resulting from various balance patches that "the devs made." here's one where he weighs in on the cat vs. dog debate:
i didn't actually know about the cat parasite, so that was fun to learn.

my favorite part at the end being a throw-away image that discusses a "rumored next balance patch": 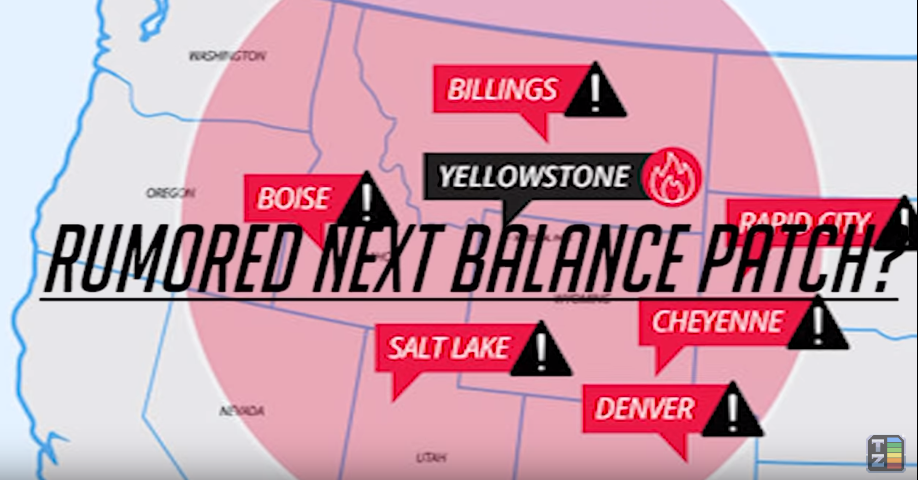 It is apparently said in Japan that eastern culture is a shame culture, and the west is a blame culture. While clearly life is neither as clear-cut, nor as black and white, but there are some aspects of this that I can relate to.

It is also a little hyperbolic to give specific examples to illustrate a generality like this, but Sony executives bowing in apology to 77m accounts being compromised was something that comes to mind. True enough, it was an egregious lapse of security, and it (rightly) cost the company dear in reputation, but I've never known any other company to so publicly apologise. I do with sometimes that Zuckerberg would have apologised for some of Facebook's transgressions.

Famously, Japan also has a relatively low crime rate - it is said that it is not because the people are intrinsically good that, for example, that a wallet left on a public transport will likely find its owner again, but because Japanese people are very conscious of how other people may judge them. On the other hand, here in the UK, we have expressions like "Finders keepers, losers weepers" or "Possession is 9/10ths of the law" (whatever that's supposed to mean).

However much of this is true, one thing I do feel strongly about, is that there is a distinct lack of ownership when it comes to mistakes. People in the UK are all to comfortable to blame others, rather than take responsibility, and even the word "sorry" appears to be becoming more and more taboo.

Sad, but it used to be a cliche that British people would apologise; like when someone bumps into you, and you say sorry to them. Now holding a door open for a stranger will rarely elicit even an acknowledging nod, let alone a smile or a simple thank you.

I think to a degree that depends on exactly where you live. In pretty much any kind of city, everyone's trying to get somewhere, and I guess if their engrossed in their phones, or even listening to a podcast they're distracted. Round about where I am people will say hello to each other, although it's far more common on the tops where people are walking for fun rather than to try to get somewhere than it is in the bottom of the valleys round here, even though you'd only pass at most a couple dozen people on the main road.

I was trying to think of the last time I've held a door open for someone. There aren't many doors up the tops when I'm walking, and down the bottom all of the big shops and things have automatic doors. Some of the pubs still have manual doors but they're generally left open when the weather's not apallling.

To tell short about my Netflix Weekend: Michonne, Data, and Mr. Spock are saving the Day ^^

I need to think of some nicer thoughts, but why is it that if they are white, they're termed "supremecists" or if not, they're called "fundamentalists".

ClockworkCoder said:
I need to think of some nicer thoughts, but why is it that if they are white, they're termed "supremecists" or if not, they're called "fundamentalists".
Click to expand...

you lost me there. Who is called that, what situations or actions are talking about?

I assume he's talking of people on the terrorism spectrum. If I had to guess it's because the suprematists are about maintaining an existing majority situation, where as fundamentalists are coming from a minority position and trying to take over the world.

levi said:
and trying to take over the world
Click to expand...

That's not always true. In some cases individuals involved (in attacks) appear to be lacking something (stability, love, comfort) in their own lives, or are just misdirected by circumstances / manipulated by others, to do terrible things.

I guess the obvious difference is that "supremecists" usually do not attack suicidally. I just dislike that the word is used in media (BBC) when they describe that group. There's nothing "supreme" about it.

Anyway, it's not a topic for which I would like to linger, so will say no more.

"Awe" is a good word to illustrate how many things are best in moderation (e.g. chocolate, coffee).

"Some" of a good thing becomes fantastic, while too much of it can become aweful.

My thought of the day...

Does anti-matter attract matter and thus can it be regarded as being gravity?

As I understand it, antiparticals of electrically charged particals have the opposite charge. Those antipairs would attract each other. Well more generally charged particals act like charged particals. When it comes to gravitity they are subject to it or cause it just like matter does. I have no idea though, how it is with other (non-dipolar) kinds of charge, that've been invented to make sense of quantum mechanics. I guess, regarding tripolar charges an antipartical has the complementary charge of its normal counterpart. Further, I have no idea, if those kinds of charge cause attraction/force.

Eight Bit said:
Does anti-matter attract matter and thus can it be regarded as being gravity?
Click to expand...

When matter + anti matter particles of the opposite kind, for example, a proton and an anti-proton join together, they either might disapear (1)+ (-1) = 0. Or produce light, or produce other particles.
These particles are now in between and bump your matter and antimatter away from each other... which could be seen like antigravity.
Nasa made an engine based on something like that, that works in vacuum:

One of my conjectures is that gravity is actually a pushing force, where a chaotic field of neutrino's and antineutrinos exist for a few milliseconds and pushes matter by bumping into them.
It's a slightly different: https://en.wikipedia.org/wiki/Le_Sage's_theory_of_gravitation
But unlike it, where the problem is that bigger objects block more, instead of dense objects, I use the matter-bends-space, and thus these neutrinos are funneled and produce the same observable gravity effect.
Last edited: Wednesday at 6:12 PM

Funny, I was just wondering a few days ago if magnetism could be in some way related to gravity, in a similar way to radio/light/sound waves.

Hmm, yes I think that magnetism might be related to gravity, but just not explored by phisicists enough yet. In terms of anti-matter and matter, by defintion matter has no charge. I'd expect anti-ions and plain-ions to attact by electric force and annihilate, probably producing gamma rays that might be visible I've not checked, but anti-matter? No problem.
You must log in or register to reply here.
Share:
Reddit Pinterest Tumblr WhatsApp Email Link
Top