Should I have received my final order eMail already?

I understand that none of the preorders will get the new cpu board. There will be new cpu boards when ED delivers all the omap5 he already has. And even with that I expect a gap in time where there won't be available omap5 boards and the new board won't finished.

Just look how long it took to complete the omap5 board.

docbroke said:
With development of new CPU/GPU on horizon
Click to expand...

As far as I understand, 500 PCB boards are produced, as plan was to order next batch ones all these are used. Next batch may be new CPU board.
P

docbroke said:
As far as I understand, 500 PCB boards are produced, as plan was to order next batch ones all these are used. Next batch may be new CPU board.
Click to expand...

It may be, but it may also be a new batch of boards with the TI SOC. I think ED had sourced some components in the amount needed for preorders or even more, I don't remember which ones.
so even if the new CPU board was ready (which might take long until it is designed, prototyped, tested, sofware set up and brought to shipping order), even
if the new CPU board was ready to ship, ED might have to continue shipping the old board until he empties his stock of components. Otherwise he may have to
throw away SOCs or memory chips, or whatever (or use them for a different device, but that sounds very far fetched).
The price might also be different, but that is maybe easier to fix.
In any case I can't imagine that producing the remaining PCBs with the current design to fulfill the pending orders can take longer than designing, testing and producing a new PCB.
So ED may not buy any more components for the current design, but at least he may want to use what he has. The board is complex enough that producing only 500 units may make
little economic sense (although fullfiling all preorders won't change much, it must be twice or thrice the number, not orders of magnitude more). The design cost must be divided
between the number of produced units, and if that's only 500 it's going to be even more expensive than thought.
On the other hand a new design may mean more customers, (upgrades for Pyra owners + more Pyras sold to new customers) so it makes sense to sell them as soon as possible.
But current preorderers were never promised a Rockchip SOC.
Anyway I think the two months needed to fulfill all preorders with TI SOC will be shorter than the two months needed to have the RK board ready to ship, so there won't be any dilemma.

Huh? I usually reply to all discord / whatsapp or whatever chats pretty fast. Did you DM me?

That said, I have no idea when you will receive your unit yet.

docbroke said:
As far as I understand, 500 PCB boards are produced, as plan was to order next batch ones all these are used. Next batch may be new CPU board.
Click to expand...

Yes, we have 550 or so boards fully finished (these are the ones we're currently assembling) and we order the next batch when we finished the first 300 units, approximately (so not so far off).
A new CPU board is farther away, but once it's finished, we'll switch over to that one, so in case you're a late preorderer, you might get a newer one.

I ordered mine about 3 weeks before you. Nothing yet. Maybe by the end of this year? 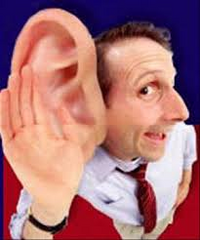 Any news on assembly re-starting?
P

Bagpussawake said:
Any news on assembly re-starting?
Click to expand...

You mean beyond the thread named "Assembly restart [...]" ?

I've been watching that one too and it indicated assembly restarting 2-3 weeks ago, I haven't seen any change in the line at the start of this thread saying what order we are up to:
"You should've received your email if you have placed your order before 05/01/2016 00:36:54 (that's up to invoice #010627)"

I believe that the cases being used are still the ones that need significant modification by hand so I understand that assembly will still be really time consuming but was hoping the count might have nudged up a little, it'd be really nice to see it increase even by 5 or 10 to feel some progress, I'm wearing out the F5 key on my laptop refreshing this and the Assembly Restart threads!
P

Well, maybe there were a lot of preorders the first days, so the date takes many Pyras built to change. The invoice number could maybe change, I didn't remember it was stated there, but maybe they just don't update it until the date changes ?
No idea.

I preordered on the 1st of May but not until a bit before 1300hrs, my invoice number is less than 150 more than the current displayed count so pretty close. I would never even have received my Pandora if it wasn't for Ed going above and beyond and honouring Craig's order queue when he rescued that project years ago so I have no problem waiting as long as it takes for the Pyra, I'm just getting excited now it seems so close!

I'm also curious about the new CPU board too. Having a Pyra soon is great, but it seems we're at a bit of a crossroads in development.

I would like to add though, I'd be happy to pay (a certain amount) extra even if I finally get my Pyra and it's fitted with a new CPU board at that point. I certainly am not expecting ED to take on that extra development cost alone.

@ClockworkCoder - can you be a hero and add queue position to the PHP script. Everyone will love you. C'mon!!!!

Thank you for your reply.
So, I have no choice, I have to wait several more years, right ???

What I hope is not to lose my money for the pre-order and to receive my Pyra when it is ready and functional, that is the most important thing for me.
Last edited: Jun 7, 2022
You must log in or register to reply here.

Port of the MOAI game SDK under way ..