Like Windows, which upgrades and reboots at inconvenient times, we'll upgrade your vaccination status at any time.
For this, we will add needles in your toilet seat, your couch and your bed. We also send personnel to change the needles. Don't worry, they have a key for your house.
P

Indeed. And hoopefully an excuse to get rid of patents. At least if you can produce them. I heard someone on the radio. I don't know who he was, but he spoke and was spoken to as if some expert. He said world wide production of all vaccines before covid was 3 000 000 000 and now with covid they wanted to produce 15 000 000 000 doses in one year, and that was though.
@JDTAY, seems the USA is not so selfish as you thought.
But it is also not seeming to get all second doses to people who got their first dose. Private providers out of stock or patients rejecting it. Weird. I would have thought people would be less worried about side effects the more time passes. Some say they feel protected enough with one dose. Funny how they can feel it.

India's daily COVID-19 case count dropped by nearly 30,000 today. Like I said before though, if their reporting patterns match my area's, it should rise pretty sharply each of the next three days.

yesterday at lunch i got a crappy ready-made sandwich and some grapes, sat in a ghetto playground that happened to get sun and pontificated with my mate. life is good.

pyrat said:
Seems the USA is not so selfish as you thought.
Click to expand...

Maybe their image in the eyes of the world was negative enough that they took some action. Note that they are not giving it away for free. Note that they hoarded a significant amount of 2 vaccine types (for good reasons: if one vaccine did not work, they could switch to the other one). Note that India requested cheaper prime materials to create their own. They are still not getting that. It reminds me of England in the past: England had this idea to get the cotton from India, transport it to England for their dying textile industries, then sell it back to the Indians (of course with a profit) to make sari's out of it. (and to make that work, they forbade Indians to make thread - that's what Gandhi did, and it landed him in prison).
P

Ah, Ok, thanks. Then I didn't understand the news.

pyrat said:
Ah, Ok, thanks. Then I didn't understand the news.
Click to expand...

It's always complicated, because there are always more than 2 sides. And news outlets can spin it either way, even exaggerate one of those sides.

An example from slashdot:

Stay passionate about your point of view though. If you can't stand for anything (even when "wrong"*), you will fall for everything...
And remember: It's boring when others have the same point of view. There is nothing to discuss, there are no insights to gain. So thanks for being here on the boards.

*) for certain kinds of "wrong", according to opposite points of views; not the wrong-really-wrong type of thing.

India's case reporting patterns seem to be like I thought. Today erased all of Tuesday's dip, setting a global record once again at 360,000 cases.

If it continues like this, expect the largest rises on Wednesdays, Thursdays, and Fridays, followed by modest rises or dips on Saturdays, Sundays, Mondays, and Tuesdays. 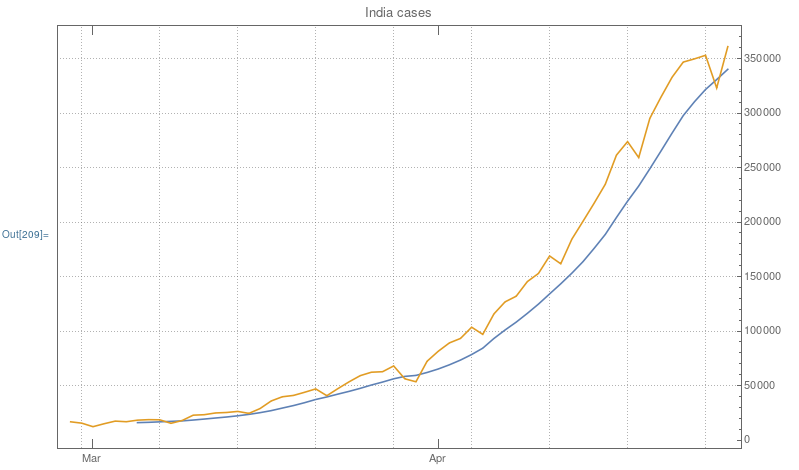 note that hunderds =/= millions, so even if the graphics might show a relation between the two... it's not (yet). But it's troubling if the trent continues..
Last edited: Apr 28, 2021

I don't get that chart. Surely vaccinations should be cumulative.

I would be interested in the relationship between vaccinations & deaths across countries.

not sure if you're trying to suggest a correlation between vaccines and death. the real cause-and-effect going on is if we don't get more vaccines to India, there will be a lot more death...

ible said:
a correlation between vaccines and death
Click to expand...

My motive was to try to infer if the reduced deaths in the UK were due to vaccines or lockdown.

BBC reported that deaths in India will plateau in 2-3 weeks. Not sure where they got from.

There is no point in discussing numbers. They are totally wrong.
Quint News Report
In my town with population about 200-300 thousand we have seen average 40 covid related deaths in government hospital (where I work) everyday in last 2-3 weeks. I don't know about private hospitals. While official total covid death count in my town is 23 (not daily but total covid deaths since start of this pandemic).

India is bigger than NL, so if we normalize them, this is what we get: 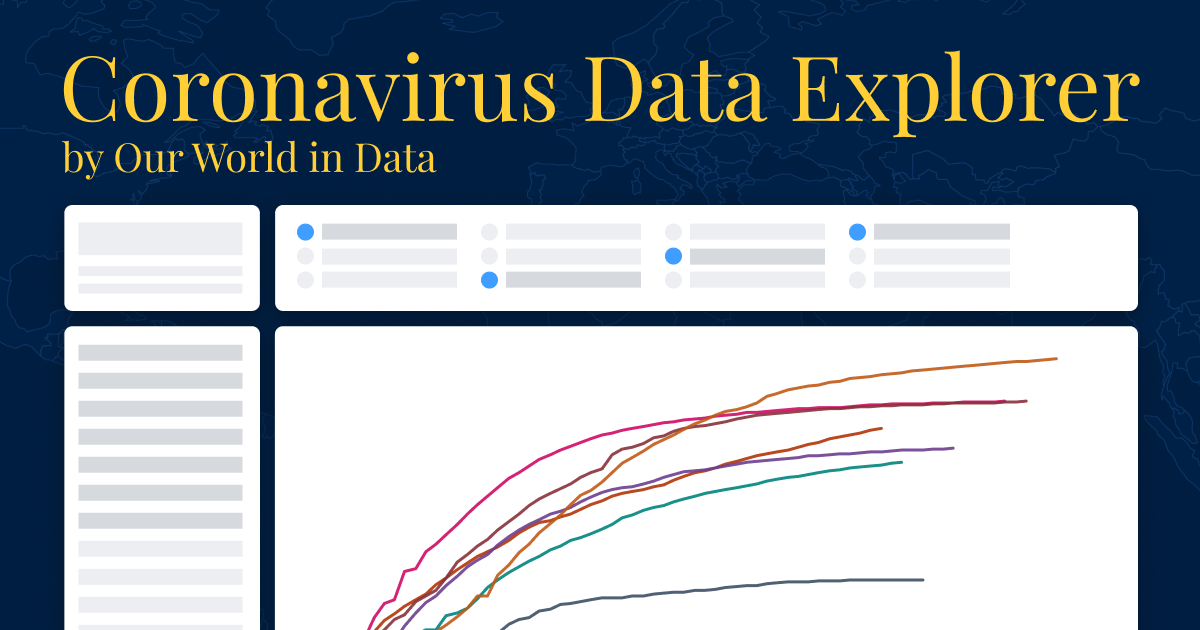 of course, scale does matter, but it seems India is barely starting to catch up to European figures. So if we (not continuing, as @docbroke said that figures are inaccurate)

Now, according to sources, India changed from Ivermectine to vaccines in jan.
Oxigen shortage started around october last year.

I trust docbroke when he says that administration is sloppy (that's some serious under-reporting!) So we might just want to look at over-deaths (deaths above the expected average). Too lazy to look up those figures.

@docbroke Funny you say town, I think it's a city already (Rotterdam 651.376, The Hague 547.757 and Amsterdam >800.000 are only twice as big). Do you think the explosion in cases started after the festivals (there is one week where India has lots of celebrations, although not everybody celebrates all of them)
Last edited: Apr 28, 2021
P

netcat said:
BBC reported that deaths in India will plateau in 2-3 weeks. Not sure where they got from.
Click to expand...

I heard something on the news that they have a variant there that doesn't seem more infectious or lethal [Edit: I hear the WHO is saying the contrary ?], but that there were some political rallies or meetings or something that gathered a lot of people.
If all was an outbreak from events that are not repeating they assume it will eventually plateau (with lockdowns, I guess, because vaccination is not that immediate). But I didn't get the source, and I might have misunderstood.

I've finally found an observational study by Public Health England (looks like government, from the domain). They say vaccines (both AZ and Pfizer) can reduce household contagion from 10% to 6% whithin the
reasonably constrained definitions they were combing tracking and vaccination datasets with (looking for a second person becoming positive before 14 days after a person vaccinated for 21+ days in the same house was positive, compared with unvaccinated first case).
I haven't read it all and I'd possibly need to read some statistics too. The authors admit a few limitations. Asymptomatic spread is hard to track.
But 93% of vaccinated subjects had only one dose, would be nice to know how better they do with 2.

It would seem consistent with anecdotal news stories like 24 of 53 elderly infected in a completely vaccinated nursing home (all without symptoms or light fever, but requiring isolation to avoid spreading it), or another similar story or some doctors
with breakthrough infections, mild symptoms but high viral load (therefore assumedly contagius).
Last edited: Apr 28, 2021

CNN says the EU is getting ready to buy another 900 million doses of Pfizer, with an option for an additional 900 million. Good for the EU, I guess.

docbroke said:
In my town with population about 200-300 thousand we have seen average 40 covid related deaths in government hospital (where I work) everyday in last 2-3 weeks. I don't know about private hospitals. While official total covid death count in my town is 23 (not daily but total covid deaths since start of this pandemic).
Click to expand...

They'd be more if there weren't doctors and nurses. Thanks for your work. You are (as always) our heroes. Best wishes.


JDTAY said:
CNN says the EU is getting ready to buy another 900 million doses of Pfizer, with an option for an additional 900 million. Good for the EU, I guess.
Click to expand...

They've been saying that for some days now. The EU only has 450 million citizens. I hope they count on donating them elsewhere.
People from Pfizer/BioNTECH are talking of a third dose 6 or 9 or 12 months after the second and then every year.
I think it would be best to do that only as trials and dedicate vaccines to the rest of the world, at least after 2nd dose (that's was the trials tested, mostly).
I dont think it's reasonable to aim to vaccinate everybody in a territory, it's best to vaccinate those more at risk worldwide. Even more so taking into account that territories don't seem able to isolate themselves any tight.

There are various reports about plateau in mid to end-May. One such report is India's Covid Peak. Some early reports were even predicting peak in April which looks unlikely now.
You must log in or register to reply here.

Farewell and all the best, Pandorians. :)

Farewell And All The Best, Pandorians. :)