I'm playing Wind Waker too. Just for 40 minutes today, tried to understand wtf is going on. On one had the graphics are super lovely but I don't really like all the water and boats and miss the Hyrule. Fwiw I dislike Mario Sunshine because of a similarly crap aesthetic. I won't touch that game.
Last edited: Oct 27, 2022

Well for more Dry Hyrule, Twillight Princes would maybe the better Game, but as far as i am in Wind Waker, i enjojed this Comic look which ditnt take it self that serious.. ..
Played a lot Snowrunner the last few days, but nothing that exitet, i think whit Mod Trucks, you made it quite too easy..
On thuestday i played some Pyra in the Sun, test some Shemue after i figured out how to move the Savegames to a different Memory Card, but after i startet the Game, i ditnt saw anything so i decidet to play a bit stuff from the Gamegear in PGEN..

Actually I'm also on the last dungeon (pre-gannon) in A Link to the Past. I play a dungeon every now and then. It's soothing. I'm also thinking of keeping a Gameboy with me to help with anger issues.

netcat said:
I'm also thinking of keeping a Gameboy with me to help with anger issues.
Click to expand...

matzesu said:
I would suggest GBA SP because it’s plays also the OLD Games and it’s got the Display Save
Click to expand...

I prefer the big old original one. I have been playing Lego Mindstorms, since I learned they are to be discontinued.
Last edited: Nov 10, 2022

Just finished Quake II. I don't like the slow movement and weapon switching. The character feels floaty and slides around too much, even down stairs. It's hard to control precisely. The weapons don't feel punchy, most of all the explosives.
The big mechs are annoying bullet sponges. The two melee bots are a joke. One gives you so much time to take a step back when they reach you that there's never danger unless you get stuck in corner. The other one that comes with a shield - I don't even know why it's there, as slow and non-threatening as it is. The life-leeching dog-like creatures were the ones that got me good, apart from anything hit-scanning, and weirdly enough those weren't used in the latter part of the game.
The game lacks situations where you're locked into an arena and have to stay on your toes. Quake I did all of that better.
I got lost a few times navigating between the connected levels, but it's a refreshing design when you're used to linear stages. And there was no much backtracking needed due looping paths.
The setting and enemy designs are great. Gore and sci-fi
There's permanent upgrades to max health and max ammo. That fact made secret hunting feel really good. Every game with hidey-holes should have something like this. Reminds me of F.E.A.R with the hidden bullet time upgrades, or Cultic with its weapon parts.
Played it on normal, which was way too easy. I reached the end with the first invulnerability and quad damage items I had collected and never used all game long, activated both of those and just emptied the BFG into the final boss. All in all a fun journey. 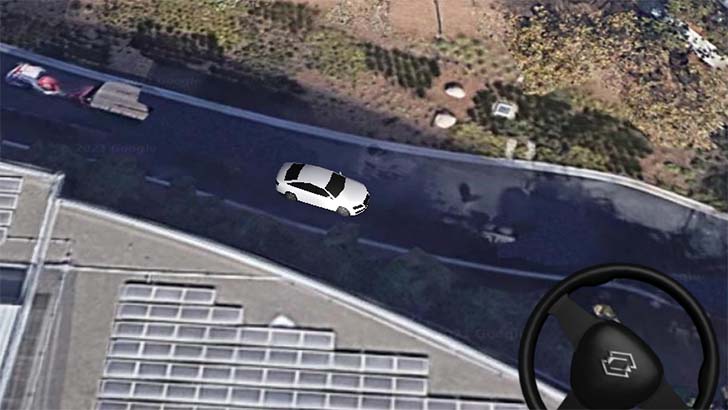 You can drive vehicles on Google Maps. You can drive safely, ignore roads, park, race on a circuit, and travel around the world. You can play in any way you want!

More HoloCure because its addictiveness level is pringles/10.

A mix of 1st person collect-a-thon and detective visual novel. Completionists will have a field day with this one. Uncovering the plot in the final trial is fun and rewarding after running around for about six hours. I should have used fast-travel a lot more I guess. The character's movement could be more agile though, more control while in the air would go a long way. IIRC there were only two, switch-style, puzzles I enjoyed. The rest were all image-match-up style, very easy and samey. Seen one, seen 'em all. I turned the music down since it did nothing for me. Samey, easy listening pop stuff. YMMV. For a game based around dialogue I would have expected exceptional care when it comes to the texts. Yet there were a few typos. And in all places (10?) that should have said "its" it instead says "it's". Leaves a sour taste, since the writing itself is good. I especially enjoyed the judge's ramblings. The backstory, as conveyed through dialogue and item descriptions, is interesting. Alien gods and demons traveling through space always fascinate me. And there's a lot of waxing philosophical. Take it or leave it, it's optional reading. I sure wish they would have let me fly that car after everything was said and done.

I am watching these guys: Neebs Gaming. They blur the line between watching people play and a movie, the effect is very immersive.

Giving the voices apropriate audio effects, like hall in the church, or walkie-talkie style when they were apart in the field, the ad break - that's pretty well made indeed

Have marked Lobster Cop as suspicious until further notice because he's far too full of himself. 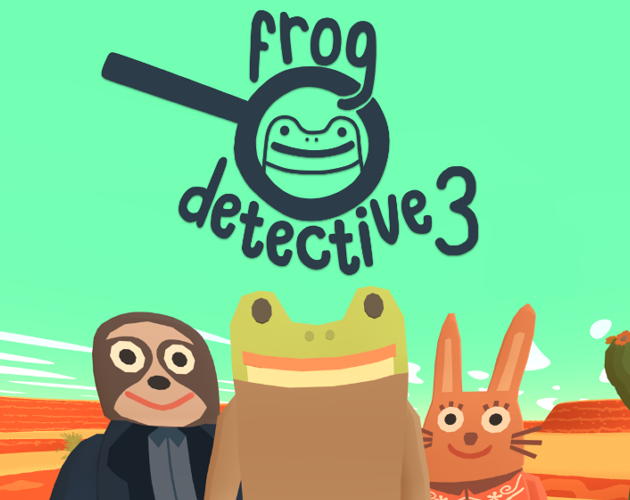 You're a detective, and a frog, and it's time to solve a mystery in the wild west.

Still playing 13 Sentinels: Aegis Rim. It kinda bothers me that what advertised itself as a mecha sci-fi game is actually mindfuck horror. Not saying it’s a bad game, but I do kinda wish I could unplay it.

I’ve cleared 11 of the 13 Sentinels’ stories now. I might just finish this game. It’s also a bit of a relief that…


The creepy cybernetic ghost was actually on the heroes’ side all along. It is a bit risky though, implementing a code that allows both the Sentinels and the enemies to upgrade themselves.

Got the platinum for 13 Sentinels after just under 29 hours of playtime. Now I can finally move onto Sonic Frontiers.

Man, I took the longest piss after watching the ending of 13 Sentinels. Those scenes must’ve been over half an hour.
You must log in or register to reply here.