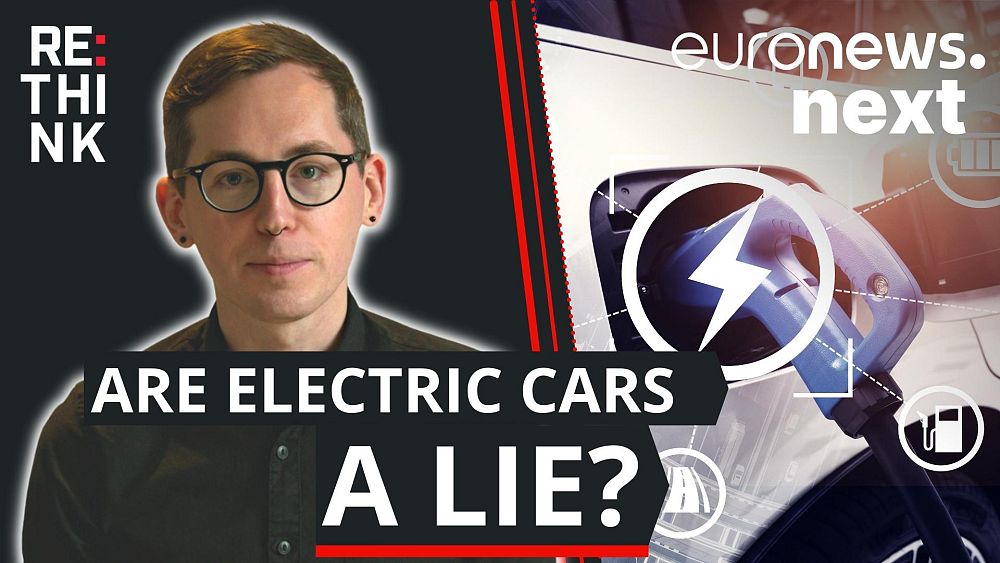 Why electric cars are not a solution to fighting climate change

To fight climate change, carmakers want to sell us ever more technological and ecological vehicles. For Paris Marx, this approach is wrong.

Why electric cars are not a solution to fighting climate change

To fight climate change, carmakers want to sell us ever more technological and ecological vehicles. For Paris Marx, this approach is wrong.

They're mixing up climate problems there, Mining for minerals doesn't have a massive carbon budget, while those big diggers and trucks generally run on diesel today, people are starting to make electric trucks for that now, and I guess more specialised stuff like ait compressors and big swing arm machines electric soon, but if makes sense to make the trucks electric first and those after hauling the rock up the slope can after emptying it coast back down recharging their bstteries, limiting the power they need to use. The problem with mining for ores is the effect such a big scar in the earth, and the impact that has on the water table, not to mention the effects on the fora and flora of the area, and which electrifying the machinery won't have much of an impact on. More importantly is the plan to establish a circular economy by establishing effective recycling of depleted batteries. 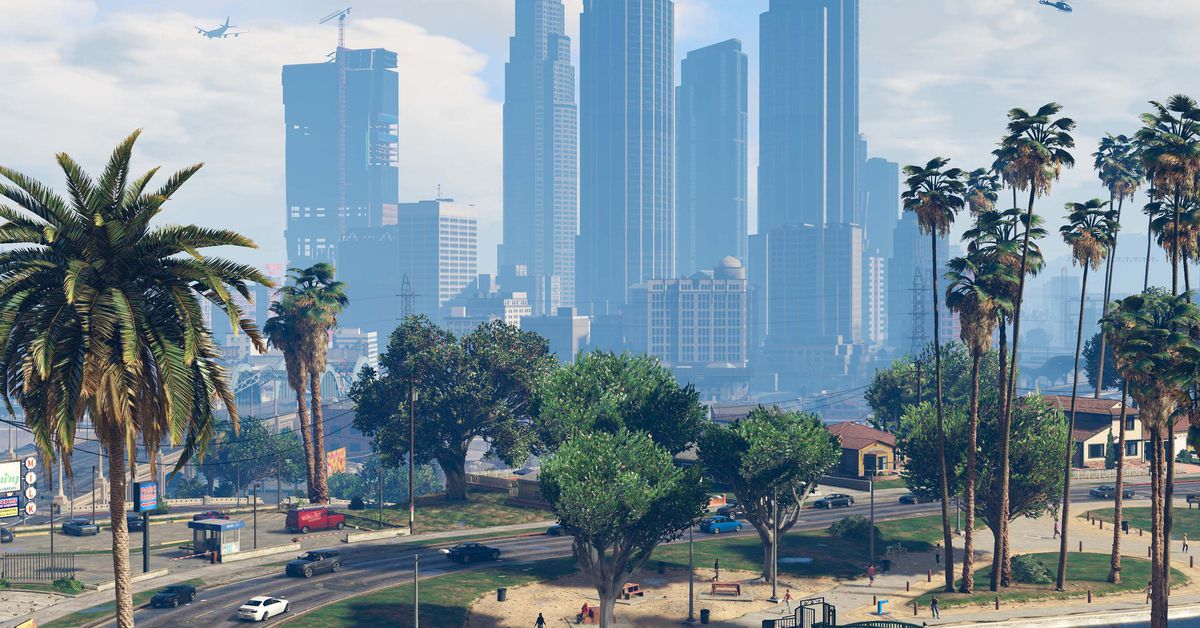 A massive GTA VI leak appears to line up with previous reports.

ElPoco said:
Electric cars aren't here to save the environment. They're here to save car makers.
Click to expand...

Paris Marx is right about one thing - that the governments need to step up. But since the people choose governments the onus is on us. We need to vote for green parties and accept the heavy sacrifices that follow. Buying a tesla to pretend you care. Investing in ESG's. Going vegan. Recycling. All fake environmentalism and hugely counterproductive.

I voted for Biden, but I feel like he may not be environmentalist enough. He’s one of those “Environmentalism creates jobs!” types. We need someone who can actually sell economic sacrifice to the American people.
P

levi said:
They're mixing up climate problems there,
Click to expand...

Because they're all mixed.

levi said:
The problem with mining for ores is the effect such a big scar in the earth, and the impact that has on the water table, not to mention the effects on the fora and flora of the area, and which electrifying the machinery won't have much of an impact on.
Click to expand...

Flora does capture CO2, and all those impacts pose limits to how much you can mine and how many batteries you can make, so if you plan to electrify cars without replanning transportation and decreasing travel and number of cars,
then you can't get enough mining to electrify all cars and you get dirty cars emitting CO2. It seems to work at the beginning, but as you deplete resources you get electrification for just a few. And since climate change is serious, those
few just decree the rest can't travel.
I think you need less travel, less commuting, fewer cars, and the few left electric, more public transport and more autarchic economy so that you can better control the externalities.Pity that parties proposing autarchy are generally assholes.
Getting resources from places in which you can't vote about work conditions or environment protection is cheap, but it's not clean at all, so it means you'll die of all that dirt. You'll die later than the resource locals (unless they come kill you) but you'll die,
because after all it's just one planet.

levi said:
More importantly is the plan to establish a circular economy by establishing effective recycling of depleted batteries.
Click to expand...

Yes, I hear lead is much better than lithium in recycling. It's more mature and we have more experience.
The problem with better batteries is not so much that they can't be recycled, but that they're so diverse you need too much labor to dismantle and separate components, you can't just grind and melt or dissolve.
But there's also research on that, so I hope it improves.

JDTAY said:
I voted for Biden, but I feel like he may not be environmentalist enough. He’s one of those “Environmentalism creates jobs!” types. We need someone who can actually sell economic sacrifice to the American people.
Click to expand...

I don't think selling that to voters, or leading the people is a politician job. You may need a poet, a musician, a lot of activists... It's always fiction what changes societies behaviour.
Epic poetry to induce feudalism, travel/discovery novels to impulse colonialism, war films to defend cold war, hollywood romantic films to impose patriarchy and consumism, etc.
Maybe that's outdated and nowadays people just do what their phone tells them, but that's still fiction, with centralized big data, graphs, attention sucking and personalization, but still a big farce, be it text messages or 3D virtual reality.

Politicians tend to follow society, not lead it. The rich lead the politicians who then do what the rich want while telling the people they're doing what the people already wants.
Politicians who tell people what they need to do or what should they want just don't get voted. In fact politicians who tell anything at all don't get voted. To have lots of people agree to something that something must be meaningless.
Yes like "Environmentalism creates jobs". Why do we want jobs ? Having people work just wastes resources. We want life, to get life we need a healthy environment. If we need to work to get that, then lets work,
but selling environmentalism by basically saying it gives us something to do is meaningless. Anything you want to do will create jobs, but that's no reason to do it. Even wars create jobs.
But since politicians know they're talking to people who don't care for politics, they try not to say anything meaningful, so that nobody can really disagree.

So maybe go write a game where the more you waste the worse you fare, write a novel where the tycoon with the big car gets stuck in a traffic jam while the unemployed in a bicycle gets the love of someone honest. Or some such.

JDTAY said:
We need someone who can actually sell economic sacrifice to the American people.
Click to expand... 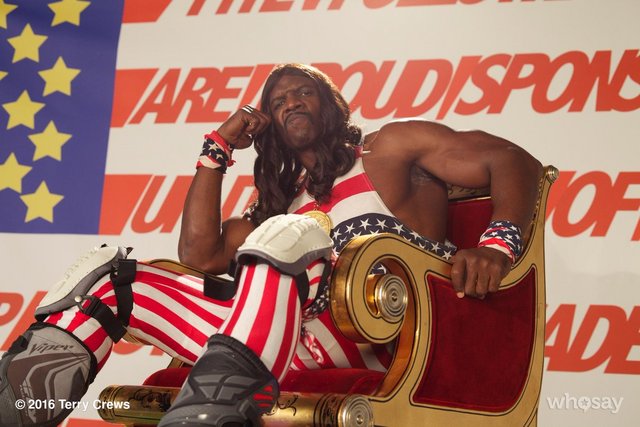 Put a custom firmware on my new 3ds xl according to the great guide on https://3ds.hacks.guide/
It's lenghty, but idiot proof and works up to the latest versions of the original firmware. 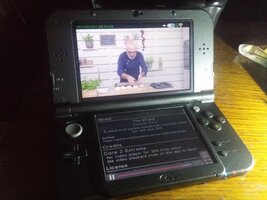 There's a youtube client called ThirdTube that's in active development, based on NewPipe, i.e. ad-free.
The resolution is ofc low, it stutters sometimes, but audio is crisp and it's the perfect little youtube machine e.g. for the kitchen.

There’s a disturbance in the southeastern Caribbean that has a 90% chance of cyclone formation through five days. The scary part though is that most models have it sneaking up into the Gulf of Mexico and hitting the US Gulf Coast as a hurricane. Stay safe, everyone.

I have this dream that next week STS gets bored of being in the launch pad so long and launches itself anyway, then an hurricane throws it aside and the flight termination system fails because it expired already, so it falls on Ron DeSantis house (he's not home, gone to see the launch). Then Ron de Santis becomes homeless, changes party and applies for intern at Sanders'.

@netcat Have you ever done DMT? Did you see the true reality? What’s that like?

I was just reading some guy’s DMT story on Reddit earlier today and wondering if there was anything to it.
P

Apparently COVID-19 starts to bounce back up in northen colder Europe. I wonder how that'll go this winter. On one side there are new variants and doubts on how useful the existing immunity may be against what may come, but in principle it shoudl be better than previous years. On the other side energy restrictions might mean a colder winter for many people.

JDTAY said:
@netcat Have you ever done DMT? Did you see the true reality? What’s that like?

I was just reading some guy’s DMT story on Reddit earlier today and wondering if there was anything to it.
Click to expand...

It's a bit hard to explain but def real 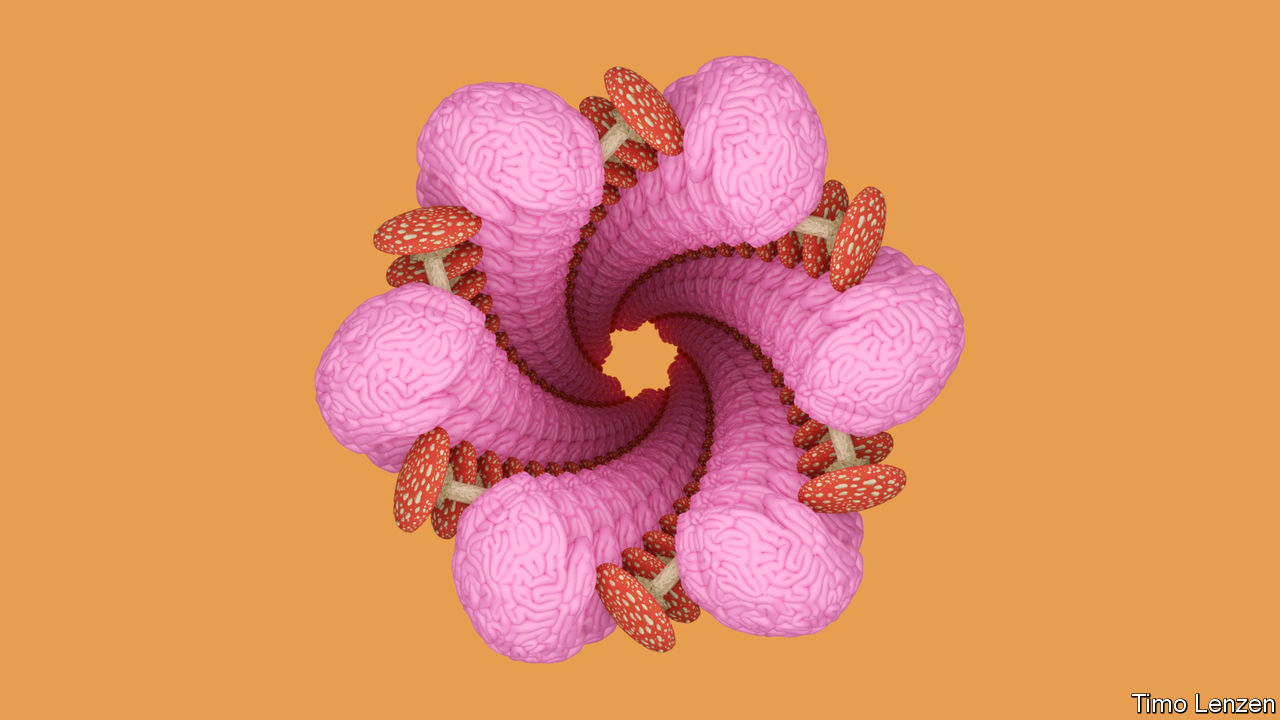 Ketamine, psilocybin and ecstasy are coming to the medicine cabinet

From expanding minds to healing brains

Western Cuba is going to take a direct hit from a category three hurricane over the next 24 hours. They should be well prepared though.

What I’m looking at is the potential for rain in North Carolina on Saturday, when I’ll be riding to my sister’s house near Raleigh, before heading to Holden Beach on Sunday. Forecasting this early is hard, but some models have spots getting two to four inches. Not a deal breaker, but not fun to drive in either.

Man, my Reddit feed is nothing but r/hurricane. Screw you, Ian.

The newest Airpods Pro 2, are still connectable to the Pyra, and its also works whith the Volume Controll and ANC,
Was a bit to expect as the Airpods Pro 1 and the Airpods Max also worked whit the Pyra, but changses where that its used a higher Bluetooth Standard as the Pyra got..
P

I said grids won't be able to cope with electric cars if there are ever so many as current fossil fueled cars. But I didn't think the grids might not cope even with just our phones. I guess it's not so surprising for people who have lived in Africa, But curious how we manage to screw things. Let's hope phone network operators are just paranoid and it's always better to be prepared for something that ends up not happening than the other way around,
You must log in or register to reply here.