I don't think there's a thread specifically for board member's videos (at least that I've seen), although there is one for recommended youtubers somewhere.

Ok, this means i could make a new one ^^ This is something for the weekend, as its rains anyway..
I rename my channel to something a bit more cool: "Matzes Gadged Pallace" (i think the Germans would know the reverence ^^)
The Only Problem is then that i have to Moderation my Comment Section, as there will be a lot of shitstorm from the BIBI Followers.. ^^

I dont know if i make my Channel open for everyone, or just for they who have my Link..

EDIT:
And because of corona, they now using also one of these cool American Shool Busses in our small town, ditnt noticed this until i was up to drive out of our Garrage and saw this big yellow thing driving down our street in my back mirror ^^..
Although this thing is maybe a bit too big for us streets, but if i would still visite the shool, i think i would find this pretty awesome ^^
Last edited: Sep 30, 2020

Tweet The American Library Association condemns censorship and works to ensure free access to information. Every year, the Office for Intellectual Freedom (OIF) compiles a list of the Top 10 Most Challenged Books in order to inform the public about censorship in libraries and schools. The lists...

I leave for my beach vacation in a matter of hours. I'll be bringing my iPad mini though, so I'll probably still be checking in here once or twice a day for the next week.

Lucky you, watermelons are even tastier during hot weather. What country are you going to? I thought they were all closed due to COVID-19 measures.

It'll be a little chilly, but I can take it.

I coincidentally returned yesterday from a chilly rainy vacation in a park in the same country that I live in. Those vacations are still fun. I got some light exercise and bought a few second-hand books. 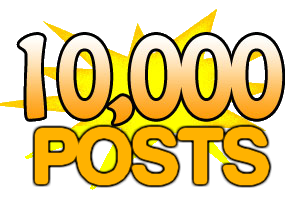 Cannot confirm. Apparently you've blocked me from viewing your profile.

Quick, make a mirror of Null's secret profile page before it's censored!

I'm back from my beach vacation.

I bought four boxes of saltwater taffy and gave away two of them.

Have just stumbled across the following playlist.

That's the rest of my day accounted for.

Funny, they showed the comparison on the BBC News channel between standard video calls and this approach, and this approach had noticeable glitches in comparison to the real stream. Then I noted they're using artificially throttled h264 for the comparison. But maybe those glitches are the payback for much reduced bandwidth. I'm also not sure why the needed a GAN for this, when picture deformation from point to point is an age old problem that's been solved a long time ago. But I guess that wouldn't handle hair movement well, but it seems to me they could save a lot of CPU churn by only sending that bit to the neural networks and doing the skin movement by more traditional methods.

I'd love a 2D cartoon animation compression. See, in cartoons, the frames stay still, while, only the mouth moves (this method is especially true in Anime, where it's mostly panning and the mouth movement is just 3 repeating frames that emulate speech). MPEG4 already did a good job in finding the differences and only sending those (ignoring the rest as "static frame", send once in a while as static keyframe), but it only looks at the previous frame, not a few frames back. Playback of that would require more memory of course, as it would need to remember many frames back (for example, a conversation between two alternating faces), and mid stream playback would be hindered too, you should only start from keyframes, but that one is just like MPEG, however, these keyframes would be further apart.

I got my flu shot today.

I expect this flu season to be lighter than last year's though, thanks to coronavirus measures. I think people have forgotten that the last couple flu seasons in the US have been pretty bad.
You must log in or register to reply here.
Share:
Reddit Pinterest Tumblr WhatsApp Email Link
Top