The collapse is coming... one way or an other

levi said:
I disagree; as a species we've been farming long before we were drilling for oil. …
Click to expand...

We haven't been farming or drilling for oil as a species. Other strategies are still in the running producing different evolutionary pressures.


rSl said:
well, the last time the sun was blocked out, we had the dinosaur extinction. so what could possibly go wrong this time?
Click to expand...

Nothing, this is a good system to ensure future production of oil.
Last edited: Jan 14, 2020

levi said:
I disagree; as a species we've been farming long before we were drilling for oil. Now maybe those megafarms that fill the mid states absolutely need big combine harvesters, or just jeeps or something if they farm cattle, but those can be driven from a battery instead of burning diesel in a big engine, or perhaps given the size of them, hydrogen into a big fuel cell might work out.
Click to expand...

How will you charge those batteries without oil ? I know there is solar/wind/water turbines/nuclear etc., but major source of energy is still oil. Solar/wind/water etc., are not reliable for continuous production, while nuclear power has it's own issues (safety/radiation ).

Hydropower. Yes, indeed this is a resource not available to the world.

Population growth in the world presents a question of which parts are open to what people, and who controls those very means of food-production.
Considering also harnessing energy in one farm or another, you have stipulated how the system may adjust for population.
The resolve of attempted production of offspring into any part of this system is not isolated from the system of responsibility the plead is made out to.

docbroke said:
How will you charge those batteries without oil ? I know there is solar/wind/water turbines/nuclear etc., but major source of energy is still oil. Solar/wind/water etc., are not reliable for continuous production, while nuclear power has it's own issues (safety/radiation ).

Yes, we'll have to see how far we can get, but you never know until you try. I suspect we'll end up still needing to use some oil to make up the full power budget, but the more we can make using renewables the better. If we use big batteries like capactitors smoothing out the renewable energy iincoming we can make it more dependable too, and at least here it seems any time the sun isn't shining on our solar panels it's quite windy and raining.
Last edited: Jan 14, 2020

Who makes up the we?
Energy production from oil is extremely power-hungry, so it is actually a loss and trade-in system overall, unless by coal, which also could be coal directly.

We as a species. You could apply the same metric to any form of energy as I see it, sure oil never reaches it's potential energy that is has while still miles underground, but then neither does coal because you have to dig it out and haul it up then cart it from the mine to the hearth, even if it has none of the cost related to fractional distillation and desulpurisation. The same it true of nuclear, because the energy radiated it used to heat water which turns to steam and drives a turbine in most designs, and there are losses at each stage. And the same is true of solar and wind power, each have their efficiencies, but thankfully for practical purposes, the energy from the sun is not a limited resource of this planet.

levi said:
I suspect we'll end up still needing to use some oil to make up the full power budget
Click to expand...

Since the "power budget" is in a constant increase (because as individual, we use more and more energy ; and because we're more and more using it), new sources of energies never replaced the previous one.
We're burning more trees for heat than we were doing a century ago. We're buring more coal than we were doing a century ago. Oil consumption is increasing. And so on.
How can we expect to replace all these with renewable ?
Even more : in time to limit enough the global warming ? in my country, renewable account for 3% of the power produced...
Renewable is just a pipe dream...

renewables will work out. the lack of adoption is due to a few factors, including people not wanting to change (e.g. jobs, e.g., at the coal plant), but renewables are now cheaper than bringing up coal/gas plants in a lot of areas now, so it's just a matter of time. government regulation/pressure/incentives would help, but see exhibit A (people not wanting to change) and exhibit B (renewables are reaching price parity, so the economics will work out).

also fusion is due for a breakthrough within the next ten or twenty years; soon we'll have some miniature suns of our own.

ible said:
also fusion is due for a breakthrough within the next ten or twenty years
Click to expand...

Which has been fusion tech's Two Month (TM) for decades, now. Though, of course, I'd like to see it happen, too.

I can't say anything about a century ago, but in the UK our (eletricity) generation has been moving off coal towards primarly gas over the past decade or so. Last year about 50TWh of eletricty came from renewables versus about 250 from other sources (primarily gas), but that's our electricity budget only, and doesn't account for travel energy (mainly oil based) or home heat (mainly gas), so the fraction of renewable electricity generation against the total power budget is only about 2.5%. But that's just something we need to tackle if we're going to stop the world going up in smoke or underwater.

sebt3 said:
Our complete western world only exist because of oil.
Click to expand... 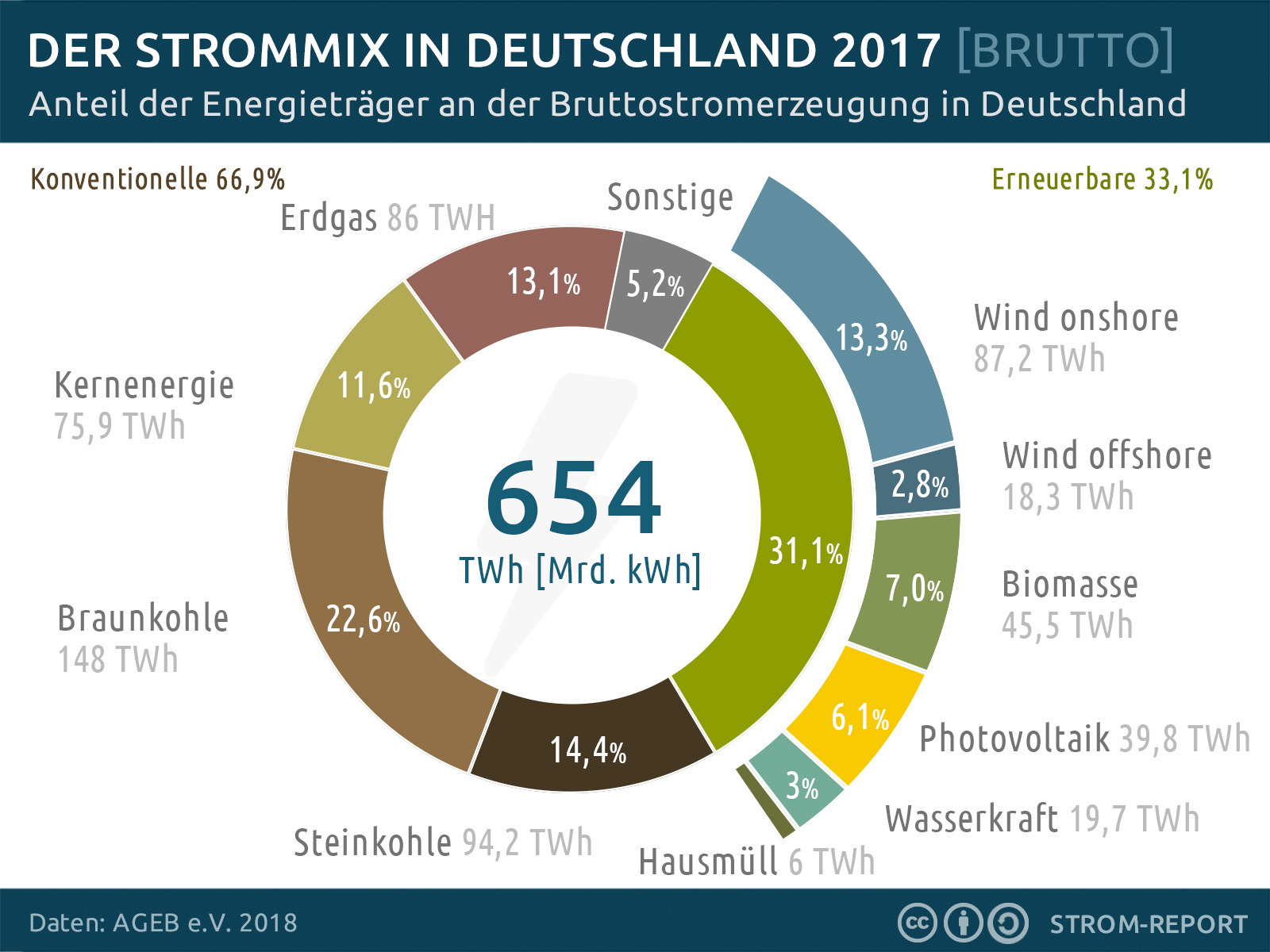 sebt3 said:
Our complete western world only exist because of oil.
Click to expand...

We ( as species of-course ), need better technology.
For example let's take electric cars, it feels good using clean energy but if we look at the cost the same car cost double with electric engine compared to petrol engine, additionally longevity of that expensive battery is limited which adds to the cost. Battery charges from non-renewable sources in most cases and battery being not 100% efficient you end up using actually more non-renewable energy comparing it with petrol car. So all benefits get nullified.
Why no car company is producing electric car with solar roof panels ? Reason is it adds to the cost of already expensive battery, plus solar panels are not so efficient. You may have to keep your car in the Sun for full day to use it for one hour, and at what expense ? Who will buy that ?

Government cannot produce all required energy from solar panels as there is not enough space, but we can. Our home can get enough energy from solar panels installed on roof. Government in India is promoting roof based solar energy plants with subsidy. However this may not be enough for multistory apartments where roof space is not much compared to number of people living there. Additionally there is still limitation of current battery technology due to its inefficiency and lack of long life complemented by high cost, which makes it practically suitable for only small devices.

docbroke said:
Battery charges from non-renewable sources in most cases and battery being not 100% efficient you end up using actually more non-renewable energy comparing it with petrol car. So all benefits get nullified.
Click to expand...

that's a common misconception. electric cars are much more efficient than gas cars (e.g. due to regen braking and not exploding things); even with dirty power for recharging, they are at least as good as gas cars for total emissions, but they have no local emissions which means people are going to get less sick around them (no dying if left in a garage with one running). batteries do cost emissions to produce, but they can also be recycled, so the lifetime cost isn't as bad as just the lifetime of the car. as the grid gets cleaner, producing batteries and running an electric car will be even more green than they are now.

not to mention that once you drive electric, you start to care about the source of your power, and thus advocate for (and tend to choose if given a choice) more clean energy.
Last edited: Jan 15, 2020

@docbroke You are pulling numbers out of an uninformed hole in the ground, aiding your poor concept of math and physics. There is no "we" that involves both me and you in this equation either.
It is like @sebt3 thinking all non-renewables are the same, because his country in particular went with nuclear energy.

As Ible said, batteries are more efficient than petroleum engines, since a petroleum engine's main product is heat, so it's efficiency is well south of 50%, something like 25%. Batteries and motors are somewhere in the 60-70% efficient range, AIUI.

Nissan and renault at least reuse batteries that come out of rental cars that reach end of life and reuse them in static batteries for buildings with solar panels. They last a lot longer than you might expect, and can outlast most people's use of a car body, both in its first use and it's second hand use.

And there is a dutch company making a car with a solar panel on the roof. I don't think they're designed for daily use though, that small an area, not at all angled just doesn't produce a lot of puff. And there's the issue that solar panels will keep getting more efficient as you car just gets old. At least is the panels alone are mounted on your roof, you can replace them with newer ones when it makes sense to get a man in to do it.

@comradekingu - if you claim not to be a homo sapiens, I need you to declare your species

Batteries getting charged are 80+%. Electric motors 95%+ in the application of a car, increasing with speed. /though that is irrelevant after a while.
Nissan does not let you recycle batteries into LEAFs, and Renault is a retarded (non-electric) car-company.

Solar panels on anything but extremely light cars in very sunny areas is a gimmick. Put it on the house and angle it at the sun instead.
For reasons utility, safety and complexity combined.

I am a mere arbitron in the greater scheme of nothing.

Renault make the Zoe for Europe which is quite a nice small car, and I've seen them in the wild. I think the worst car company at the moment in terms of offering eletric vehicles is Ford, who staged a big eletrification event and then unveiled... a plug in hybrid Transit van.

I don't think it's just a matter of technology. We need to change our way of life as well. We need to stop producing useless stuff to fill needs that we artificially create. We need to stop considering that maximizing the use of resources and human labor is the way forward.

levi said:
dutch company making a car with a solar panel on the roof
Click to expand...

There's one made in Germany, probably doomed?

The Sion is a self-charging electric car. Integrated solar cells charge the battery throughout the day, making the car a mobile charging station.