This is PPSSPP, the PSP Emulator, ported to the OpenPandora, available on the repo 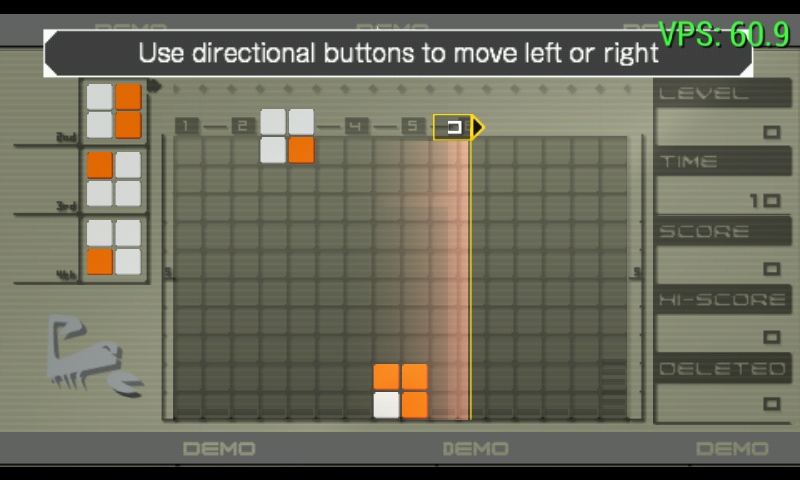 Graphics are hardware accelerated with GLES2

A JIT on ARM is include starting build 03.

Notes that this is an app targeted to Android market, with touch devices. So GUI is touch oriented (click and drag to move, stay click to validate).

Code:
There is a Wiki here: http://wiki.ppsspp.org/index.php?title=Game_Compatibility

insanely excited about the possibilities here

can anyone recommend a decent psp game? I never had one

Jit for Arm? Isn't it ported yet or isn't it developed yet?

Will the nub be supported?

For the JIT for ARM, it is not developped yet. Planned for v0.6 according to the Website.

About nubs, yes, it is possible. I have disabled them in the first build (was fighting with SDL hangs), but I can try to anable them for future build, or do a build for that if there is demand for that.

PS: I had hangs with SDL when I SDL_Init with SDL_INIT_AUDIO (plus SDL_INIT_VIDEO | SDL_INIT_JOYSTICK). So I just left the Init video, and remove (comented) all Joystick code. It seems that the Init Audio cause the Hangs. The sound works even if not initialised properly...
M

Excited, any games which run close to full speed with or without sound, thanks alot for this

Wow i did not think that next Day after my Thread anyone release the Emu for Pandora.

Last Evening i was very tired and broken from my very hard Work day,sorry when i wrote some badly Things.

Now the World is back good :rolleyes:

Thx for your Help ptitSeb ,i am exited to Try the Emu Pandora Optimized

Now the big testing begins.This Evening will i record a Video with Tales of Eternia for Comparing

Wohoohoo Thx again for optimizing and Releasing this ptitSeb ^_^
Last edited by a moderator: Jan 6, 2013

From your recording, it's seems faster, but I'm glad you proved it   .

I guess we will have some more nice videos soon   !
J

Awesome news! Thanks ptitSeb! Will try this.

Now I just need to wait a couple of years for this to be really playable.....

Thanks!!!!
I've just tried Tales of Eternia... It looks really good... Not playable yet but I compared with the windows version of the emulator and it looks promising!!

But as i have a PSP and a PSVITA for the Comerziall Games, this Emulator will be used for the PSP Homebrew, just like the new DS Emulator (Expekt from Korg DS 20 Synthesyser DS Game)

Just tested it... I get a memory check screen and then black screen. Tested on the windows version as well, I get the same thing but I got lucky pushing buttons and I ended up playing. Not that smooth and big graphic bugs...


The black screen thing on the menu seems to be common if you look at the compatibility list.

I have made some test, to see the performances of the Emu.

I tried, with sound:

I tried but not working (cross checked with Windows version) :

* Patapon 3 =>  start, show some dialog that vanish before you can read them... After a while, you're stuck.

* Tron Evolution => start, menu are navigable, but cannot get ingame.

* Ridge Racer 2 => Works ok, Camera problem (the initial camera points rear instead of forward). => but hang on my Pandora (works ok on Windows).

*EDIT* => Revise my numbers based on the Youtube video
Last edited by a moderator: Jan 6, 2013

ptitSeb said:
I have made some test, to see the performances of the Emu.

I tried, with sound:

* Pocket Bobble Puzzle => Work great, but not Full Speed, something like 75%

I tried but not working (cross checked with Windows version) :

* Patapon 3 =>  start, show some dialog that vanish before you can read them... After a while, you're stuck.

* Tron Evolution => start, menu are navigable, but cannot get ingame.

* Ridge Racer 2 => Works ok, Camera problem (the initial camera points rear instead of forward). => but hang on my Pandora (works ok on Windows).

How much overclock was used in your tests?

I have a Rebirth and run at 1GHz.
E

ptitSeb, are those real speed numbers (like from a display in the emulator) or just your estimations? I've seen some extremely poor guesses before. I find it startling that Tales of Eternia would be so much faster than in the Android version. You can get a speed comparison directly, compare here:

One is 7 seconds, the other is 28 seconds. That means it's running at only 25% speed. And this is with a faster SoC (DM3730) at a higher clock speed (1.2GHz) so unless Android is massively crippling performance I don't believe your 75% number, although it's possible it's much faster in the opening credits or title screen. Playing the scripted opening would not be an obvious candidate for a high CPU load, but who knows.

I didn't find a let's play for the PSP version but I'm assuming that the timing is the same or close enough.
Last edited by a moderator: Jan 6, 2013

Exophase said:
I didn't find a let's play for the PSP version but I'm assuming that the timing is the same or close enough.
Click to expand...

Well, i just found that:

Exophase, that was just (optimistic) guestimates... I'll try to time the intro of Tales and see the real slowness. It is too slow to play anyway (even the simpler Puzzle Bobble), but it's a start... I'll edit my figures once I've something more accurates.
You must log in or register to reply here.