I recently set up a shell account on the SDF public access UNIX system and have been having more fun than I probably have any right to.

I'm a bit stumped at the moment. I bought a game during the recent Steam sale and can't for the life of me remember which one. Just went through my library twice and can't locate it. The paypal e-mail I got doesn't specify the title. How do I find out? This is embarrassing .
There's a purchase history on the steam help pages. Apparently the paypal procedure failed and I didn't receive the game. Everything's in order.
Last edited: Feb 1, 2020

Noclip have been making those kind of videos for a few years now, although the generally focus more on a team, for example:

Yesterday, i only wantet to buy some Shoelashes (Schnürsenkel), and to see the new E-Bikes the Sportshop in our Neigbor City had, and the Guy who run the Sportshop which name is also Matthias , invived me to a short Testdrive whit the Modell i want to buy in some Weeks..

Hadnt drove a E-Bike bevor and ditnt had a Bike Helmet whit me, but whell i was currios how this Elektrical Drive thing on a Bycicle Works, so i took a Round whit this thing:

Was pretty cool, but also a bit scares when i saw i got pretty fast to 25 kmh (Whitout Helmet), but the Wheather was pretty good (10 °C and Sunnshine), and i just drove the Road up and down..

I was a bit exhaust at the End because i drove this Thing more like a Motorbike as a Bycicle, usualy i drive about 15 kmh , but it was a pretty funny ride..

I want to take the Bycicle to my Place when i buy it on its own wheel at home, but then i be more prepared whit a Bycicle Helmet and Gloves...

I've signed up to be a proofreader for Project Gutenberg and have found an interesting video to watch.


Today is a good day.

good find!
seems julian assange will be the next 'witch' they try to burn and damage freedom of press once again...
huge kudos and love to all who are fighting against these nasty deepStates of this planet.

Saturday will be my "E-Bike Buy and Drive home whit it", Day,
any advice on how to safely drive a E-Bike?
I only have Experience whit the Testdrive, and not that long..

I would suggest at least for the first time, turning down the power assist if that's possible. I'd guess the temptation is to thrash it, and I would advise against that when you're on an unfamiliar route.

I also don't know how much of your route is covered by separate bicycle lanes where you are. Especially in those there's no reason to go fast I'd have thought. If you're sharing traffic, stay behind lorries and vans, even when they're belching out diesel fumes. It's when you're alongside one and they make a turn across you (right turn where you are, I guess) without much indication that is the most reported danger on a bike these days.

My Route is mostly Rural, only a bit is on a Traffic, but nothing Special..
Most of the Route is on near a River as a Peaple /Bycicle Way, then a bit on the Road and mostly one Side Roads..

Heusweiler/Köllerbach arend that much traffic..

I drove a bit of the Beginning of my Way as a Test Run, but i was to fast because i thought i drove a Moped..

I kicked the Plan to drive to work whit the Bike as there is too much trafic at morning and i have somethimes to carry some stuff as a preparation for the Work..

I will turning down the Power Assist, as i dotnt want to drive that fast.., i want the E-Bike to Drive slow, so i have more time to listen to my Musik, and the Power Assistens is for some Montain Roads, ..

I'd generally warn against using headphones when cycling, but that's mainly a problem when there's other traffic on the road. If you're sure there won't be much then fair enough I guess.

matzesu said:
any advice on how to safely drive a E-Bike?
Click to expand...

E-bikes are heavier. So be careful with the "way back", sometimes you go more further from home because it "assists" you, then when going back, there is no assistance (drained battery) and boy, it's heavy pedaling.
E-bikes are heavier. But the weight can be shifted either towards the end (having the batterypack in the back, or in the middle frame. If in the middleframe, the frontwheel is heavier, and thus, is more difficult to, say jump onto the sidewalk, or avoid a slid when turning through mud roads (or wet leaves, grind, etc). (disclosure: I bike like a maniac, when I go through corners I can not use the pedals because they hit the ground)
What I am saying is that the difference is like the fine control you have with a BMX compared to a normal bike, is the normal bike to a heavy ebike.
E-bikes are sexier. Have a good lock, they get stolen more often and do not park in bad neighborhoods.

Upgrading to the latest waterfox after reading: https://www.waterfox.net/blog/waterfox-has-joined-system1/
Still hesitant though...

Thanks for the Advice,
I use the AirPods Pro in Transparenz Mode, so I hear enough from Outside,
The Bike got the Batterie in the Tube by the Frontwheel, but I have a heavy Lock on a Holder on the Side of the Luggage Holder, I don’t want to make that special Stunts, just drive a lot on Weekends, and I will anyway make some bike training on a Parking Place or something..

rSl said:
good find!
seems julian assange will be the next 'witch' they try to burn and damage freedom of press once again...
huge kudos and love to all who are fighting against these nasty deepStates of this planet.
Click to expand... 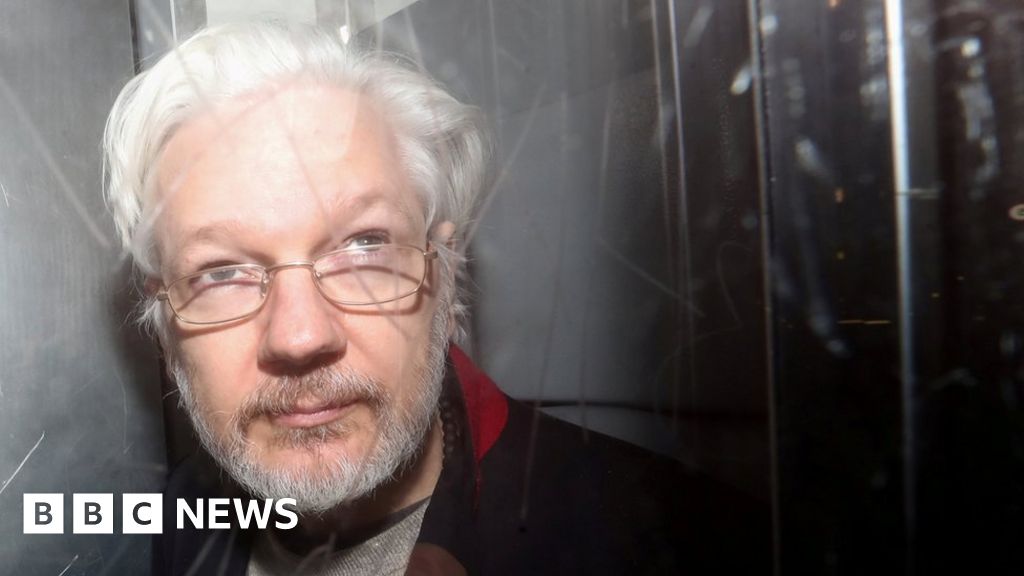 Dana Rohrabacher denies a claim he offered a White House clemency deal to the Wikileaks founder.

I had a lot of fun on my new E-Bike, ditnt had much issues on Traffic as I don’t only drove a tiny bit on Streets and on Saturday day isn’t much traffic..
My Plan was to drive maybe 20 km, but it’s got 40 km ^^

I had a lot fun figure out which things this Bike can do, I was surprised how much power it has to drive up roads , it’s not a Fatbike for Off-roading, but Muddy Wood Ways where pretty issue less, also the Tires where a bit wider than on a normal bike, maybe because it’s higher mass , so maybe this was also good for a bit „off-road „
I ditnt wanted it to get dirty as I got the Bike just today, but well, I can’t make something against much, and it’s now just a bit dirty, most of my Roads where asphalt.

I have to train the on and off sit a bit more, I now have to swing my leg over the Middle Frame as the Bag Holder is a bit higher, but I gets used to I hope. 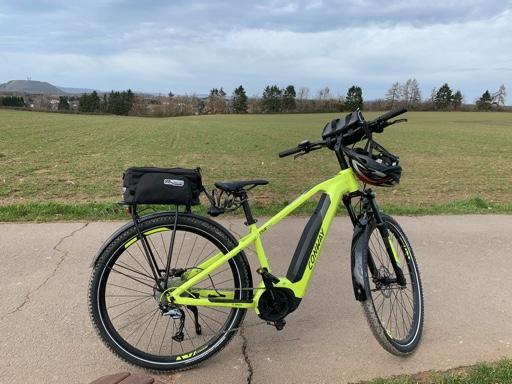 My U - Lock Holder got a Spring in it ^^ , mounted some of the Supply Parts from my OLD Bike to the new one, the Pump (Air Filler) and the U Lock whit Holder, but not the Bottle Holder as I don’t think I will use this much..
I ditnt used a Bike Pands whit a Cushion to protect my Butt so it’s now wonder it hurts,
My last Bike Tour was just 15 km, a Range where you don’t have issues, but 40 km was maybe a bit to much ^^

The Weather Forecast says, the next days aren’t that good, tomorrow rain ,
So maybe it was a bit too early this year, but I hope to get this year more days I can use to drive
And whit more biking, I hope I ditnt get butt hurt anymore that easaly ^^

Oh and i just forgot my U Lock Holder to post ^^
Hopefully this Lock is strong enough to secure the Bike whyle I’m shopping or something..

I noticed I’m a pretty kind Bicycle Driver, when I have pedestrians on my Way, I ring the Bell, say „Vorsicht - Fahrrad“ and „Vielen Dank“ when they let me through ^^
Im still pretty fast sometimes, I think 20 km/h on a Pedestrian/Bycicle Way may be to fast? 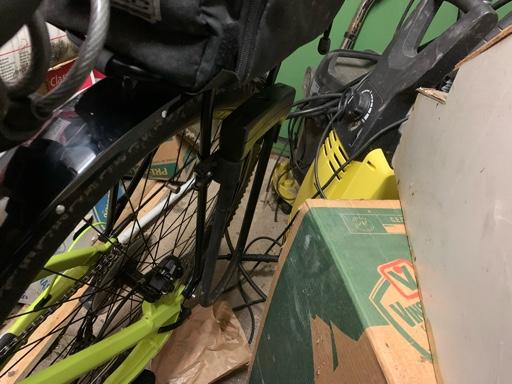