Edit: Forgot to provide a link to the tool I've been using.

Nice, almost looks like sunrise. The sea's the wrong colour for sunrise, I tend to think, but since you weren't actually going for that I can't complain.

It was originally going to be an alien planet type of thing with purple grass, green sky, etc. Then it somehow morphed into a the sun is going to kill you type of thing. I'm sure a psychologist would have a field day with my thought patterns.

Null said:
I'm sure a psychologist would have a field day with my thought patterns.
Click to expand...

I was messing about in Inkscape and ended up making the following...

Why is the egg white red and why do those eggs have tips?

Djoga'Ro said:
and why do those eggs have tips?
Click to expand...

They work for Gamefaqs.

Null said:
I was messing about in Inkscape and ended up making the following...

Is it just me that sees this as a close up of a going-crazy Duck Dodgers in Gossamer’s lair? 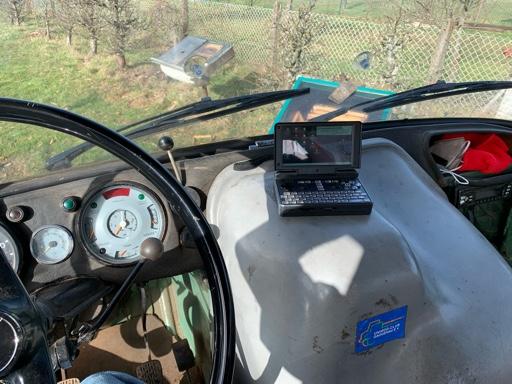 I think I just had one of the most stressful dreams of my life. It's hard to remember though...

Yeah, pretty sure people were yelling at me in my sleep again. It was more hardcore than ever before this time though. They were saying something about killing me.

And just to clarify, yes, real people. They yell at me because I talk in my sleep.

Post automatically merged: Feb 26, 2021
The real problem is they keep trying to change me. It's not possible, and they have no right.

^^ I would call the police, this sounds quite dangorous..

I have a new Work Jeans, (or wearable Home Office), these are the thougher Version of the ES Jeans, and they have more Pockets..
Lets hope they will last a bit longer, Stuff like Entering the Unimog, or the Bycicle are things that gives them a bit of a threat..
Which is strange, because they were originally meant as Worker Pants for Cowboys etc, and there is no big diverent in hopp on a Horse than on a Bycicle or an Unimog..

If you're asleep and you hear people yelling at you, I'd suggest it's most likely they're figments of your imagination. Perhaps triggered by someone's action the previous day, but there's a reason the brain make it hard to remember dreams, because they're not real.

levi said:
If you're asleep and you hear people yelling at you, I'd suggest it's most likely they're figments of your imagination. Perhaps triggered by someone's action the previous day, but there's a reason the brain make it hard to remember dreams, because they're not real.
Click to expand...

Not necessarily; the sound of my alarm regularly seeps through into my dreams, in which various family members keep telling me to turn it off and I look at my phone to hit snooze, or stop the alarm, but it doesn’t do anything and the alarm keeps going, whilst my family gets increasingly irate...then I wake up and I’m like “ohhhhh, THAT’S why I couldn’t get it to turn off”

levi said:
there's a reason the brain make it hard to remember dreams, because they're not real.
Click to expand...

Exactly. In one of my dreams I was working in a bank, but when I woke up it turned out I was actually driving a bus.

you could get a recording device to see if the people are real... not to make you more paranoid or anything, though.

I already know they're real. And I don't do recordings. That's what they do, and that's why I don't like them in the first place. Unlike most people, I wouldn't hurt others in the way they hurt me.
P

JDTAY said:
I already know they're real. And I don't do recordings. That's what they do, and that's why I don't like them in the first place. Unlike most people, I wouldn't hurt others in the way they hurt me.
Click to expand...

ACK, no recordings.
I'm sorry that I don't understand the situation. Are the attackers people who are supposed to be caregivers ? Or people that just live there with you ? or neighbours, or ...?
The other day I heard the story of Britney Spears and was shocked. I knew nothing (and I still don't, I haven't researched it, I don't know how partial the version I heard was).
I fear anything I could tell you you already know, and you would have already solved the situation if you really could. So I guess since you didn't, you can't, I can only tell you
to bear it as well as you can and you're welcome to come here to tell us if it helps.

JDTAY said:
They yell at me because I talk in my sleep.
Click to expand...

Any living being goes to sleep in a place they find comfortable and save. That helps with de-stressing and resting. Seems to me you are in an unhealthy environment.
Some even lock their front door at night, for their peace of mind. I at least close my frontdoor, even when it's hot enough to actually need the night breeze.
P

Now, to change completely the topic. Someone I know is looking to set up photovoltaic panels at home. I didn't know much about that, but it seems if the regulations are sane enough, setting up batteries is too expensive (and bulky, and degrade, and eventually pollute...), and it's better to just unload excedents to the grid. The panels produce DC current and an inverter needs to turn it to AC. I just learnt that usually inverters are designed to cope with a little less than the peak (DC) power from the panels. SInce the panels will only give the peak power for few hours a day and not even all days, it is too costly to install a bigger inverter. So some hours a day some days there's some electricity that goes to waste. I wondered if they couldn't just put some USB outlets in the inverter that would have power just when there's an excedent. You could plug there some power bank or some device to collect the excess power. Why do yo need to convert DC to AC to then in an outlet plug an AC to DC converter to load some device ? Those inverters already carry IoT logic that must have similar voltages.

I know nothing of electrical engineering, I guess if it was so easy it'd be already done.
You must log in or register to reply here.