News from the meeting at GC

Sorry for the late post - but here's one thing you should know:
I'm basically doing this during my normal dayjobs.... which is running the DragonBox Shop as well as working for my TV production company.

Want to know what a typical week looks like for me?
Read the spoiler to see what I did last week


Monday: Left home at 9:30am. Shipped out over 60 orders (took about 4 hours). Replied to emails for two hours. Prepared the commercial blocks for the ice hockey game on Tuesday.

Tuesday: Left home at 9:30am. Shipped out 20 orders. Had an important business meeting with a customer (TV company) which took 3 hours. Did live-video-mixing for the ice hockey game. Arrived back home at 11:30pm. Replied to emails and worked on the shop website from 00:30am till 04:30am.

Wednesday: Left home at 8:00am, heading for GC. Discussed with Nikolaus and GC about the few remaining issues left to solve. Then built one test-prototype together with the team that will do the assembly later on. Worked out fine - and I had to leave at 1:00pm (without any lunchbreak), as I had to do camerawork for a commercial... which I did from 2:30pm until 6:00pm. Packed 23 orders and left for home at 8:00pm. Spent a few hours (until 0:30am) with my wife and wanted to write a news post as well as reply to some mails after that.... but I fell asleep over my keyboard

Thursday: Left home at 9:30am. Packed another 15 orders and shipped all orders of Wednesday and Thursday. From 1:30pm - 6:30pm, I had to do camera work for a cooking show. After that, I did some tests with the new keymat (read about that below). Then I spent a few hours with my wife, replied to more emails until 3am and went to bed.

Friday: Left home at 10:00am. Packed 23 orders, went to customs to pick up some packages full of Everdrives, did some office work (bookings, payments, returns, etc.) until 7:30pm, then went home.

Saturday: A free day. I really needed that. Visited a close friend (hadn't seen her for 1,5 years)

Sunday: Prepared the commercial blocks of the ice hockey game for today. Left home at 4:30pm for the hockey game. Came back home 11pm, spent 1 hour with my wife, wrote up a summary for the keymat company... and now I'm posting this news text
So yeah... basically, I'm one guy with WAY too much work to handle alone, but until the Pyra is out and being delivered to everyone, I can't afford to hire some more help...
So please don't be disappointed if not everything happens right away - I'm doing the best I can.

Okay, so much for that short information, let's check the news I got for you:

Here's the outcome of the meeting with Nikolaus and GC:
Basically, we're almost ready for mass production.

The CPU board has been improved as much as possible (thanks again to Juliano for the simulations!), so we're ready to start the production. As the circuit itself has not changed (we just added vias and a few capacitors), I am planning to order enough PCBs for the mass production already. A new prototype run is not really needed, as we now know we cannot further improve it and it should be good enough for 1,5GHz!
This would save us 6 weeks.

There's one production issue GC needs to solve: Some parts are very close to each other. The pick and place machine has some issue with that and there's manual labour needed to make sure the CPU Boards work fine.
They're trying a different machine head which might handle this properly, but that would be slower and cost a bit more.
I'll let you know about the results.

The Mainboard is almost ready for mass production as well. So far, we only found that the volume wheel needs to be moved a bit further to the front (otherwise it's hard to turn), but that's a minor thing.
Nikolaus is also working with Juliano (and more simulations!) to improve Wifi reception a bit.

Apart from that, no changes are needed, so it's also ready for mass production.

I'm sorry I didn't find the time to build a lot of prototypes yet. I've only have the cases to build 5 right now anyways but I should receive more cases soon.

The first prototypes will be sent to zmatt for a bit of software debugging and some of the devs.
The next ones I'll build (once I receive more cases) will go to the prototype preorderers and the remaining ones will be auctioned here at the boards.

If you look up one of my last newsposts, you'll find that I was almost happy with the keymats.
However, I found that the keys sometimes are not consistent. Some even stick a bit (or fully) when slowly pressed, and some feel awesome while some feel a bit too hard to push.

I wanted to find out why that happens, and my feeling is that the paint might be the issue, taking flexibility away from the keymat.
And yes, some tests seem to confirm that: Once you push the buttons a few times, you can see that the black color tears around the walls of the buttons and the buttons feel better. And when I use some glue remover to soften up the paint a bit, it improves even more.

That would be an easy fix: The mask for the color application simply needs to be changed so that only the top of the buttons will be painted and the walls of the buttons stay clear. No mould change needed (and the mould changes are the expensive things that also take a while).

I asked the company to produce a new keymat WITHOUT any paint at all so I can ensure this is the main issue (I'm already pretty sure it is, though).

And once that has been confirmed... I can order the mass production of the keymats right away (and they only take a couple of weeks to produce).


So much for the current news.
The assembly of the prototype went pretty smooth (once you figured out how to best roll and assemble the LCD cable), so we're ready to start here.

I'll let you know when I have more news for you.
S

I salute and thank you for your hard work.

Is it true that one day when coming home, your wife screamed and rang the police, it was only after you were arrested for burglary that your wife belatedly remembered that the strange man she never sees, was in fact her husband!

that is one punishing schedule...

Did I read right that prototypes will be going out to developers soon?

It's all good ED, we'll get to the finish when we get there.

Early on, I told myself not to get caught up in the development process like I did with the Pandora, and I've been sticking to that advice. It's great to get updates when you can give them, but I don't sit around wondering if and when they may happen. I know if something is worth talking about, and if you have the time(I'm well aware of all that you do from sun up to sun down each day), you'll post it.

Thanks again to you and everyone else who is spending their extra time in life to bring this device to this community, you guys are all great in my book.

What's almost scary for me is that time after time, the launch creeps upon us. It's been more than two years since I learned of the project, and soon the Pyra will not be virtual for us anymore, as we'll have it in our hands sometime within this year (most probably, hopefully within 6 months - not TM). Part of me wants to keep on dreaming, as time flying sure gets frightening whatever how young or old you are.

Hi, how was your day?

Nice, thing are moving along. Slowly but surly!

How is Pyra's wifi compared to Pandora?

Thanks for the update ED. However, one thing that concerns me re this one is the keymat. If the paint is on the top of the keys, won't it rub off on your fingers while using it?

That's what the transparent plastic caps are for.

Sound pretty good, so now whe are allmost on Massproduktion,
If i remember correcly, the Boards are the part, which takes the most time ??
Ditnt expectet that you dotnt make a final prototyphe run for the Board, so this is pretty cool..

Really great news, thanks.
Otherwise I'm on FBnils site according to your workload. I often read that several people in the same situation don't do the ordering and packing stuff themselfs but use something called "fullfillment management" (at least the US guys call it that). Might that be a topic to look into?
I have no idea if that is working in germany, too.

slaeshjag said:
That's what the transparent plastic caps are for.
Click to expand...

Ah, thanks for clearing that up. Was getting confused about how the keymats are constructed. If it was a full-sized keyboard, I probably would have wanted a fully transparent one, Das Keyboard style.

mclien said:
Really great news, thanks.
Otherwise I'm on FBnils site according to your workload. I often read that several people in the same situation don't do the ordering and packing stuff themselfs but use something called "fullfillment management" (at least the US guys call it that). Might that be a topic to look into?
I have no idea if that is working in germany, too.
Click to expand...

that sort of thing is good in theory, when you have large volumes and decent profit margins, but for the lone trader, with smaller margins (because you cant buy in ship loads) it just isn't worth it - still we can only hope that with extra pyra sales and maybe an ad campaign or two there will be enough volume so ED can afford at least one minion !

Steady as she goes... 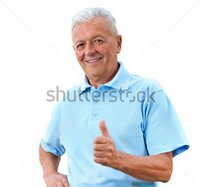 Holy crap that's great to hear, what isn't great to hear though is the amount of work you're doing. Pupper Dragon needs to s c h l e e p

Amazing update! Make sure you get some sleep ED. You need more than just coffee to survive. I could not do what you're doing. I'm a little concerned about the idea of not doing another prototype run. How accurate are the simulations?

what bewilders me is "pro" multinationals often take longer than 2 years to develop something like this with stupid amounts of cash and a large team, here is one man, with help from the community for software, and just one electronics designer and he's managed to pull together half a dozen or more suppliers/manufacturers and everything else in such a short time, no wonder he never sleeps....

I terrifies me to think what he might build if given a large chunk of cash and a large team to work with!!!
You must log in or register to reply here.