Dragons_Slayer said:
You can buy a Phone that is 4 times faster and has 12 times the resolution, for th same money...
Click to expand...

depend of your resolution definition...
to me you seems to speak of "pixel dimension" and not of resolution... as resolution is generally given in DPI or PPI...
Last edited by a moderator: Dec 17, 2015

Na-Noo said:
Guess it's hard for some people to fully understand the beauty.
Click to expand...


Na-Noo said:
It covers all of those and not just the one segment. Yes the specialist can do the other segments, just not as good as the Pandora does.
For me I need a UMC, and the games will be a nice touch, I'm hoping it gets me back into play them.
Click to expand...

Well, here's one which took some shortcuts on the fact-checking...
http://www.latestngadgets.com/openpandora-to-be-launched-in-the-market/4780.html

The launch of OpenPandora device was delayed many times and finally the company has begun assembling the parts in United States and is expected to ship the first order.
Click to expand...

I am the king of the collectors, with hospital bed

That's a really nice Youtube video that they have embedded. Has that been mentioned on PandoraPress yet?
Last edited by a moderator: Dec 17, 2015

I see our local Wizard was fighting for the cause. Cheers Stan.
Last edited by a moderator: Dec 17, 2015

Ok, here's the original site where that video is from. A nice little pre-review...
http://techmoan.com/2010/05/26/my-open-pandora-handheld-arrived-was-it-worth-the-wait/

Another mention in the press:
http://eguids.com/w/openpandora-to-be-launched-in-the-market/

Can someone take a picture and put it on Wikipedia now we have actual units?
We could really do with that ancient render not being in all the articles...

Aninhumer said:
Can someone take a picture and put it on Wikipedia now we have actual units?
We could really do with that ancient render not being in all the articles...
Click to expand...

But the picture on there at the moment is a professional photograph by Evildragon?
Last edited by a moderator: Dec 17, 2015

I feel like smashing some of those Kotaku members in the face!!! :angry:

"On the gaming front, Pandora supposedly runs Quake 3 Arena rather well, however it's promoted as a device capable of running older games and console ROMS via emulators--heck, the Motorola Droid can do those equally as well. Currently pricing is unknown"


1. Other (like the Motorola Droid) devices DON'T HAVE awesome physical gaming controls out of the box, Kevin Parrish, you TWAT!! :angry:

Well, it is unknown, for anyone who wants to buy it now. Unless they can get into the first batch somehow, which seems to be sold out.
Last edited by a moderator: Dec 17, 2015

Awsome thread, how the hell did you find all those articles? 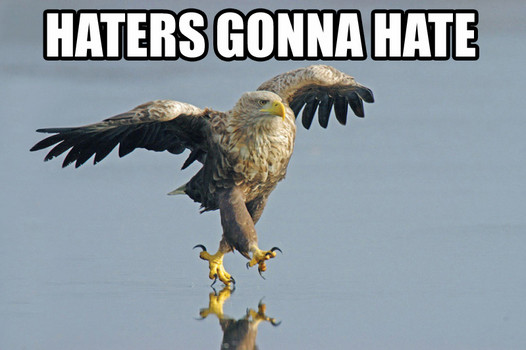 A decent part of these articles/comments are full with the same complains I've already seen in Pandora threads on 4chan, in which 80% of the posts are made by Trolls, 12% by retards and only 8% are made by actual people who like the Pandora and support it.

For some reason I find it amusing, no idea why.
You must log in or register to reply here.