How can the Peaple of the USA just follow this Men ??

I have him on my Twitterlist, and i see which bullshit he writes somethimes, so i think i know a bit about the President..

Thangs god our President is just for show..

Djoga'Ro said:
You would have thought, before impeaching around, they'd ammo up or something.
Click to expand...

Whatever the situation, most people surely have a pretty good idea how the guy operates now. The really interesting part now is if he gets re-elected for a second term, as it would appear to indicate that the average American approves of his attitude and actions.

matzesu said:
The Fact, that Uncle Donald ditnt get impeached is pretty unbelievebel
Click to expand...

I'm ignorant of politics, especially American, but I believe it was never going to be an impartial trial with Republican dominance in the Senate(?)

Djoga'Ro said:
You would have thought, before impeaching around, they'd ammo up or something.
Click to expand...

Maybe they have dirt on eachother which they can threaten with, especially the ones that were going to testify? Maybe they settled outside the public eye?


ClockworkCoder said:
it was never going to be an impartial trial with Republican dominance in the Senate
Click to expand...

ooh, good point there. Naive me.

Wasn’t the second amendment meant to be, that you can shoot your Gouverment if they gets mad ??

ClockworkCoder said:
I'm ignorant of politics, especially American, but I believe it was never going to be an impartial trial with Republican dominance in the Senate(?)
Click to expand...

That's the main influence on the outcome, although it was hoped that with many of the senators needing re-election themselves soon, and if they recorded what is a pretty obstinate vote especially if in the end of it, Trump was knocked out of the white house, they might be on a hiding to nothing. As was, two Republicans voted on non-Republican lines in the vote about whether to accept new evidence, but the house is stacked to such a degree that that wasn't enough to swing it, apparently.
Last edited: Feb 3, 2020

Meanwhile...
Bye Bye Brits, you will be missed...somehow...

ClockworkCoder said:
but I believe it was never going to be an impartial trial with Republican dominance in the Senate(?)
Click to expand...

You got a apoint. Makes me think, why something like that is run by the senat, not the public. ?

FBnil said:
Maybe they have dirt on eachother which they can threaten with, especially the ones that were going to testify? Maybe they settled outside the public eye?
Click to expand...

Then they should grow some balls and put their dirt on display, so the public can compare.

fusion_power said:
Bye Bye Brits, you will be missed...somehow...
Click to expand...

Brits are correct in thinking the EU sucks, but just leaving the EU ain't any better. One needs to leave by founding the European Federation. Of course it then should be asured, that the EF is an actual democracy - transparent and shit, making sure the voters are properly educated (meaning putting money in schools), and ideally getting rid of capitalism (or we'd need to replace the EF next/later on, when the voters have been properly educated).

matzesu said:
Wasn’t the second amendment meant to be, that you can shoot your Gouverment if they gets mad ??

Yep, overthrow a tyrannical government. Unfortunately the gun nuts are mostly on the wrong side. I am waiting until November before I activate, if needed.

Guys, the Iowa caucuses aren't going quite as planned. Results have been delayed. 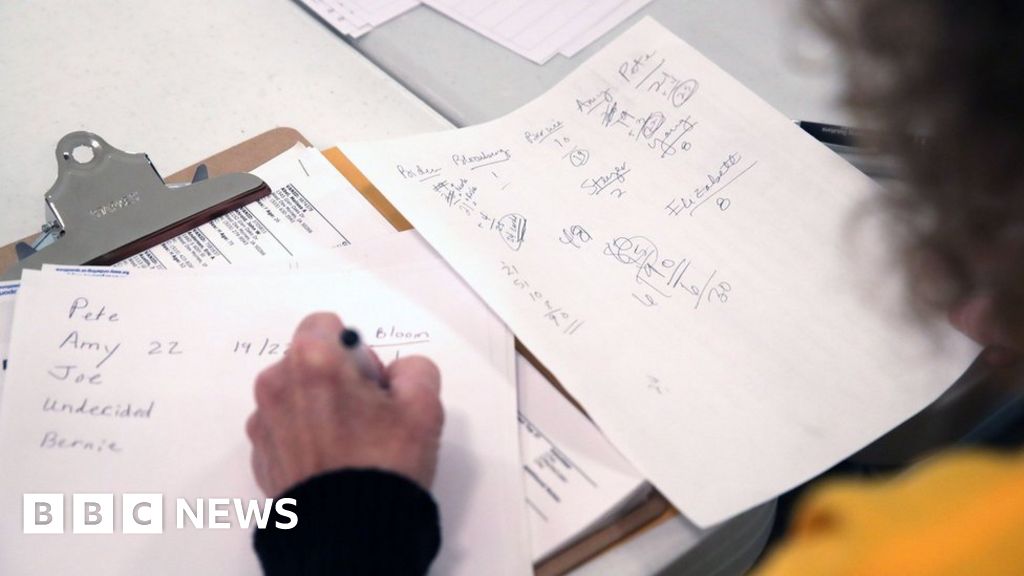 Party officials stress the unprecedented holdup is a "reporting issue" and not a "hack".

I hope they can get this resolved quickly, because this is the type of thing that makes the internet explode.

The video about FFF has been corrected by @___. There is no spokesperson by that name in a city in the district of Nordrhein-Westfalen.

Yes, it was only 60-odd of those papers because the rest were about geology, or drug testing, or psychology or anything that has nothing to do with the climate. You can argue that 97% of that 60-odd weren't all that clear cut, but that I had to learn what the 97% thing even was while I watched that - it hasn't influenced me. Meanwhile the weather in Australia is very odd at the moment, and even here it's wetter and warmer than it was in the 1980s even. I can't personally prove that's due to human factors, but it seems strongly likely to me.

Post automatically merged: Feb 7, 2020
We used to have problems with snow every now and then. This period we didn't even have snow, not on the ground that is.

There's the greenhouse effect. It's pretty well-known, demonstrated. I don't think many people argue about it.
There's a rise in CO2 levels. We have data that's hard to contest that shows a sharp rise since the industrial revolution.
According to the prior points, we can postulate a theory that says that the rising CO2 level will lead to warmer temperatures due to the greenhouse effect.
Temperature measurements show an unprecedented raise in temperatures.

This is the consensus of the scientific community. This is also the findings of internal research done by Exxon.

People in power tend to side with skeptics or agree with supporters in speech but won't take any actions.

Being skeptical is good. We're told lies constantly. But in that particular case, the science seems solid and the major political and economical powers have no interest in supporting the theory. So I see very little reason to doubt it.
?

FBnil said:
Sina, the spokesperson for "Fridays for Future", a youth movement risen up inspired by Greta, left because she was being dictated what to say and do by adults.

why do I still keep reading this thread? that video about the so called "whistleblower" is neonazi propaganda ("grosse freiheit TV" is a German neonazi "querfront" channel, devoted to spreading misinformation). "Sina" does not exist! That is also why they never mention her lastname or the city where she supposedly was a spokesperson of FFF. It's a fabrication...

ElPoco said:
but won't take any actions
Click to expand...

Exactly! Status Quo... if you push on the jenga tower it might fall.

Found only one Website with the name, so removed from thread.


___ said:
why do I still keep reading this thread?
Click to expand...

@FBnil you gotta be fucking kidding me... journalistenwatch also is a neonazi blog (close to AfD). And the one you pm'd me about is a right wing conspiracy blog as well... please take that shit down.

FBNil is our local alt-right nut, although calling him a nut is perhaps unfair. You can argue with him, and while he does keep reading and reposting the same stuff, he's never nasty about it.

"Normalisation of lawlessness" (or "divide and fool") 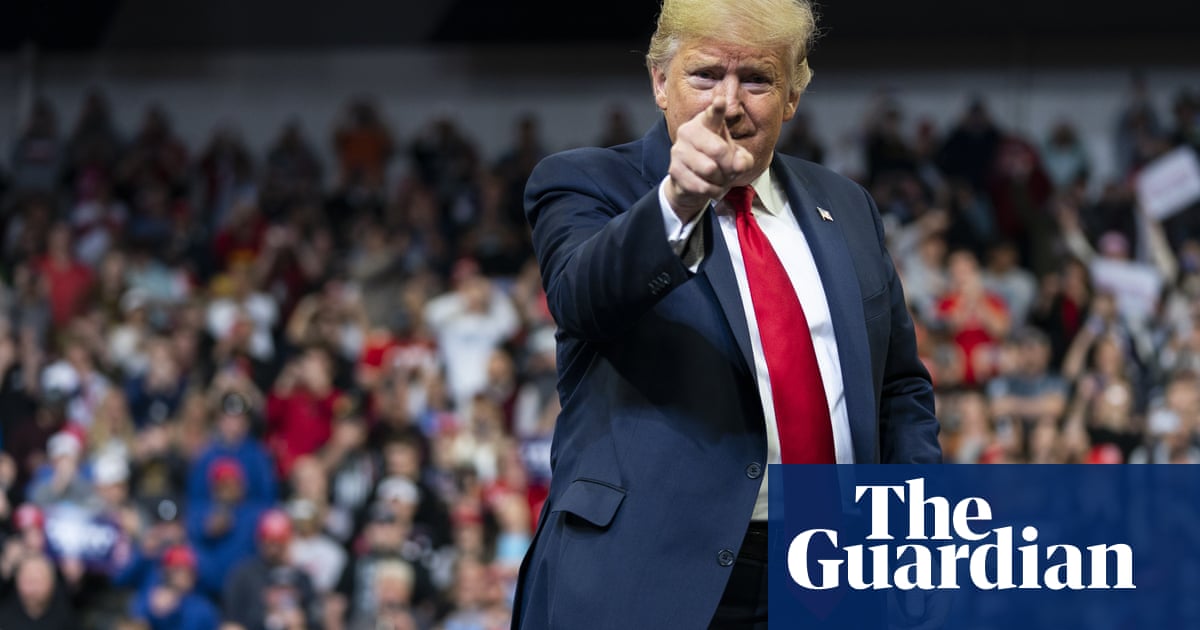 In a hyperpartisan era, Republicans cast Trump as a victim while Democrats lamented his ‘normalisation of lawlessness’

I'm just hoping one day the Americans will wake up holding their heads, wondering what they were drinking the past four years, and then we can all go back to normal. It's not looking good at the moment, but we've a way to go yet.
You must log in or register to reply here.
Share:
Reddit Pinterest Tumblr WhatsApp Email Link
Top