I've been messing about with the recently released sandbox mode 2.0 of Wild Life. No screenshots unfortunately because I don't want to overexcite the mods due to them having never seen a woman before.

What I can do though is post a screenshot of Baba Is You.

Autobahn Police Simulator 2 Nintendo Switch Edition
Got a bit Progress on the Bridge Stone Trower Case, had my first car chase and catched a Drug Dealer, , but then i had a Car Incidence Case and had the Order to speak to the Peaple, but then my Autobahn Police Woman got the Speaking Animation, but something got wrong, and i had to shut down the game, seams like this Game got more Bugs than the Autobahn Police allowed ^^

Farming Simulator 2017, Nintendo Switch Edition
Used my Money Trick to test out some Tractors, i bought some of the smaller ones, and i noticed this Lindner Lintrac is not bad as its got Rear Achsle Steering ^^, would be cool if this Thing where a bit bigger, but its the only Tractor whit 4 Wheel Stearing, on the Switch
On the Farming Sim 2019, there is the JBC Fasttrack whit 4 Wheel Steering..

Super Mario Galaxy with my daughter. She'd be more into it if it weren't for all the damn dialog. But playing a game that I adore with her is a milestone. I'm not passionate about other games she's into, Minecraft, Roblox, Wii sports. I do quite like Fez though, but not on the same level as Mario.

I recall what impressed me about SMG upon release: they solved the n-body problem, nice grass textures and a very sparkly game. The latter two are not apparent in HD. Oh man I want a CRT (with built in VHS).

Can you earn a quick fiver like in the UK?

Yet more Powerwash Simulator. I've been cleaning a plane with absolutely nothing unusual about it.

I've finished the main story part of Arkham City. Though I did quite a bit of side-missions and collectible-scavenging, the game tells me I've completed about half of it.
I've enjoyed it and will probably keep playing a bit. The core is the same as Arkham Asylum but the move to a city environment with some open-world element really makes it feel like a new and different game rather than just a rehash of the first.

The story is pretty uninteresting and stupid and insists on cramming as many vilain as it can. The open-world is shaped as an inverted U and the missions are spread around so as to force you to travel around the whole city every time you're going from one missions to another. It doesn't take long to do, but to ensure you don't get bored by this (or to pad the game), the place is filled with stuff to do. There's so much it gets ridiculous. Not only are there the usual enemy group and things to collect (which are generally linked to puzzles that are interesting and varied enough so that it doesn't feel like a chore) but there are phones that ring (and lead to a chase and mini-game), innocent people getting attacked, dead bodies to investigate, etc. I guess it breaks the monotony a bit, but the various "mini-games" are really basic.

Despite all this, I still enjoyed my time and will probably come back for more. The combat is still as fun, and I even have the impression that it got better than in Arkham Asylum where all the special types of enemies made later combat scenes a bit cumbersome. I especially liked the fact that they now sometimes mix enemies with guns and enemies without rather than having a clear separation between infiltration and all-out combat scenes.

Don't miss out the extra fights outside of the story campaign, both stealth and combat, with different characters, them gave to me the most fun... I think I spent in those more than 3/4 of the game total time... I had to uninstall to make me stop playing

Omg finally put homebrew on my Wii and played a bit of Wind Waker, F-Zero GX, Ikaruga, Prince of Persia... Ocarina of Time port at 4x resolution isn't working yet but i think that's due to screen stretching which i need to disable. I'm really looking forward to replaying this more traditional Zelda, i didn't really jive on Skyward Sword and Twilight Princess. Nintendont has really been a breath of fresh air for the Wii, cemented it's status as my favorite console ever.

Just noticed this which looks to be the shiznit: https://kaicolabs.com/product/kaico-edition-open-source-scan-converter-ossc/

Anyone have experience with OSSC? On sale now for 100 quid. What a lovely world we live in.

Resumed Witcher 3 Wild Hunt Complete Edition on Nintendo Switch on Weekend,
the last time i played was april last year, and i was whit Triss on a Party to get a Soccerer Out of the City of Novigrad, then i had to clean a Tunnel to the Docks to save all of the Soccerers and to end the Quest for Triss,
Then i made some Sidequests, resumed to search for Parts of my Armor, and though that its maybe a bit difficult now: I only have maybe a few Quests left on the Main Story, but im still Level 22, but the DLC are Level 34.. i wonder how to get 12 Levels on the Rest of the Story.. or i could try to start the DLCs whit maybe Level 26 or what i can get at the End..

I made the Mistage to only play the Main Quests and a few of the more interisting side Quests, so some of the Quests might only get 1 XP now.. 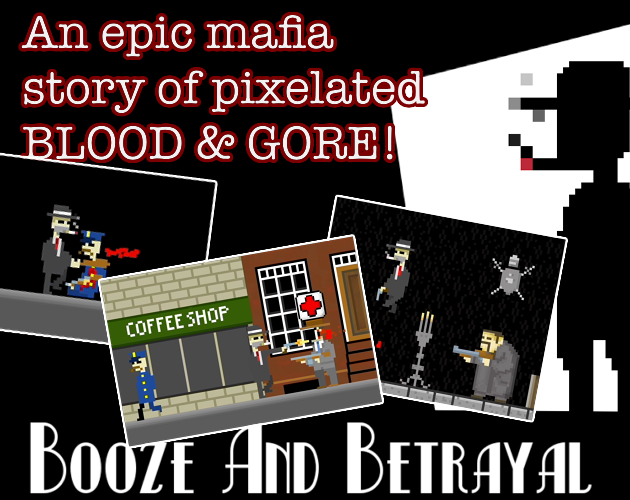 Booze and Betrayal by PickledCockroach

A pixel platformer epos of bootlegging and betrayal!

OSSC works! Now the Wii isn't blurry just low-res. Which is fine. Awesome actually. Took a bit of fiddling, default mode was 480p and quite pixelated. For 2d consoles RPI is a slightly better experience fwiw. I'm playing mainly Wind Waker and Mario Galaxy which is my benchmark for Wii graphics. The graphics aren't pixel perfect but I'm not sure that's even desirable for a retro experience. TBH Wii blurriness took huge effort to ignore. I'm really really pleased.

Lego Star Wars, the Skywalker Saga, Nintendo Switch OLED
Played the first 2 Episodes, and the beginning of the third Episode, i think after i have one Trilogie in Storymode done, i will come back to the Maps and try to get as many stuff as i can.. im currently rewatching the 11 Movies (Including Han Solo and Roque One) on the Fire TV Stick, so the scenes in the Movies they have in the Game will be quite fresh ^^
The Game got a lot of Slapstick , maybe too much, and some scenes from the Movies ditnt got included, like the "Better Lovestory than Twilight" (this awefull stuff between Padme and Annakin)..

And im a bit sad they only include the Charakters from the other Star Wars Shows, but whitouth special missions..

Beat your friends in a joust while you try to keep your balance on top of your unicycle! Compete in the ridiculous jousting tournament your mother never let you have. You can now practice your unicycle and lancing skills without fear of your video becoming viral, or breaking any bones for that... 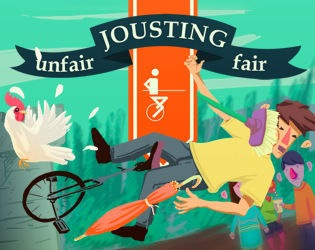 Surely of interest to many of you (millennials): 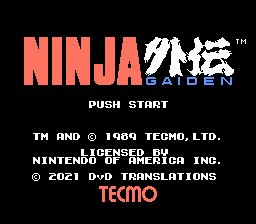 This game has been out for over 30 years, but most people have never passed it. Why? Because it 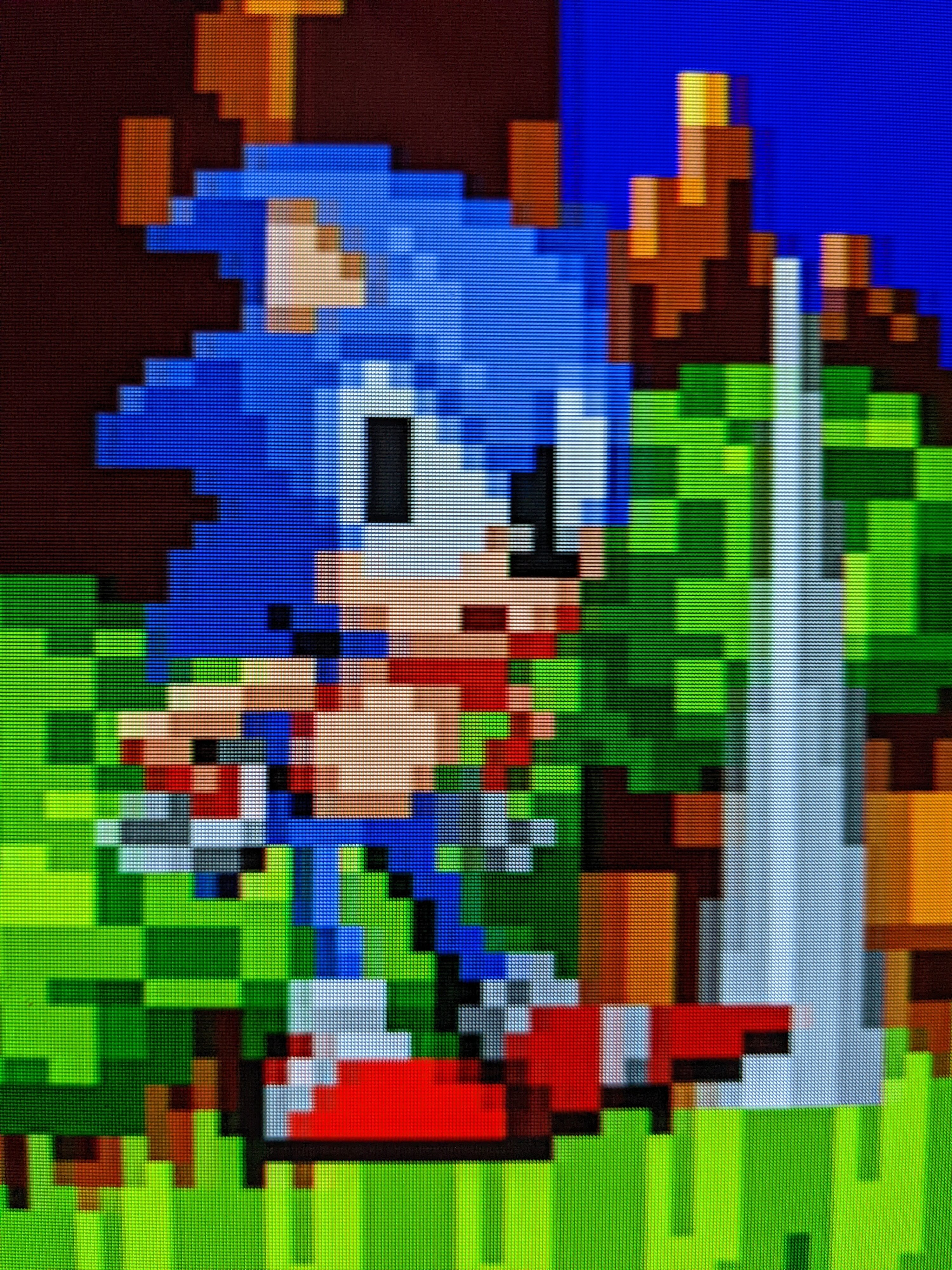 The latest testing version of House Party which lets you play as a female character.

well this showed up as an offer on GOG. looked like a no stress fun way to pass some time.
Totally hooked. basically its a hex grid with a starting tile. you have a stack of random tiles and you can build a landscape with it.
Some tiles come with little challenges like a tile with trees may show a number say 100 , this means if you can arrange more tree tiles when you get to the 100 trees you get a prize of more tiles to place. tiles rotate , the map can zoom in and out moved around and even rotate the map.

Be warned its addictive fun...

From one of the itch.io bundles I've previously purchased (I forget which one).

GNOG is a playful puzzle game about exploring monstrous virtual toys. Press, pull, slide, grab, click, and rotate every GNOG head to uncover its secrets! Out now on PC and Mac with optional VR support. A game by KO_OP - http://www.ko-opmode.com Music by Marskye - http://www.marskye.com 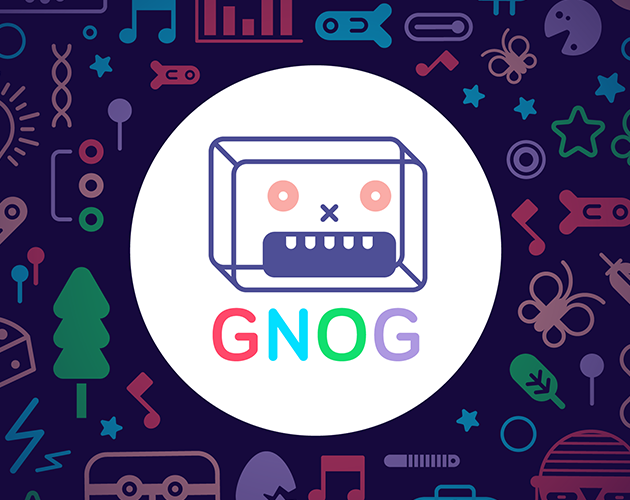 ko-op.itch.io
You must log in or register to reply here.