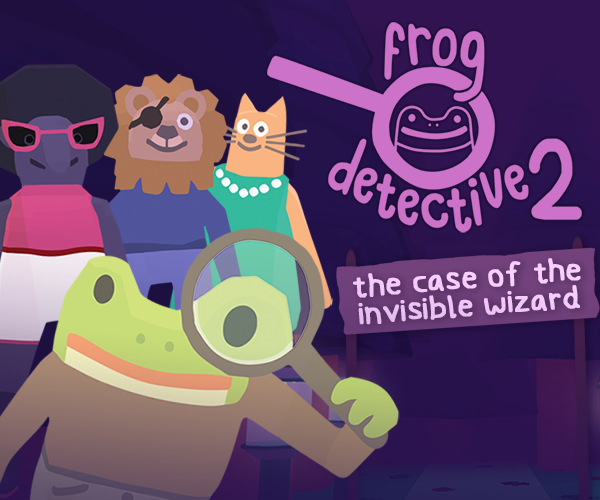 Frog Detective 2: The Case of the Invisible Wizard by Grace Bruxner, Thomas Bowker

You're a detective, and a frog, and it's time to solve a mystery. Also there's a wizard.

I was curious to know why it was selling so much... looking at the trailers I wasn't seeing nothing new compared to games like "ADVENT rising" (where I still hope for sequels...) or many STAR WARS titles of the past and present...

In this game, while those powers are nothing new, them reach an entire new dimension when almost EVERYTHING is destroyable in the environment !!
The graphic and the set of movements are impressive... considering the freedom you have in the environment, the main character seems really natural while climbing/jumping/running around... also the game contains many "real life" footage with actors, and it is really difficult to see the contrast between them and the 3D characters in computer graphic.

I'm also pretty surprised for the story, maybe it has nothing totally new in it, but the way it is told is really catching, and makes me want to really discover it, instead of just finishing a shooter game.

Im still on the Serious Sam Collection on the Switch,
At the First Encounter, quite a lot Levels in this Game, lot of good old Shooter Fun, but some times a bit too many Enemys at once..,
Im impressed that the Switch ditnt have that much trouble to show these pure mass from Enemys, and the Game looks quite good..

But im still at the first Game..
After all these Yeahrs its a bit strange because "The First Encounter" and "The Second Encounter " arend Serious Sam 1 and 2?? Only 2 halfs of the first game??

@matzesu Yeah the first Serious Sam game was broken up in two parts The First and Second Encounter, Serious Sam 2 was a complete new game, for some reason it wasn't bundled in the Switch collection.

matzesu said:
Im still on the Serious Sam Collection on the Switch,
At the First Encounter, quite a lot Levels in this Game, lot of good old Shooter Fun, but some times a bit too many Enemys at once..,
Im impressed that the Switch ditnt have that much trouble to show these pure mass from Enemys, and the Game looks quite good..
Click to expand...

You realize that the First Encounter can be played on a Pandora? That the Switch can handle it is not impressive at all.

ptitSeb said:
You realize that the First Encounter can be played on a Pandora? That the Switch can handle it is not impressive at all.
Click to expand...

It's the reason why I have the game on PC, as I used it to get the data for the Pandora.

If I remember correctly, the older games on the Collection where the HD Version..

I know the Pandora also can run the Games,
Ok so it’s not impressive.....

But these Mass Enemies Levels are quite cool to see on a Handheld
It’s much more impressive that it’s run on the Pandora, but this doesn’t make the Switch Port less impressive


Send from something, i guess ^^

I'm now no longer a frog detective (till the next case). 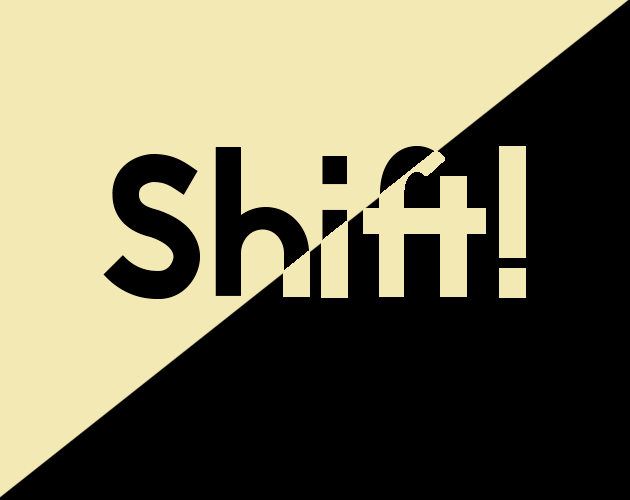 went through my GOG catalog and found many games not played.. just spent 4 hours playing Obduction.

So I've finally finished the first Zelda game. It's good that I had guides to help me find a few things which would have been tedious to look for. The last dungeon was starting to get into "too difficult" territory.

And in the same spirit, I've finished the first Castlevania. It's really good, though there are a few levels that definitely feel like they were made just to make the game harder. I've used saves to be able to "skip" parts that I was able to get around easily and before bosses, so that I wouldn't have to play an entire level over and over just to be able to learn how the boss works. It was still challenging but didn't get as frustrating as it would have been if I had been just relying on passwords.
Then I went on to the second game, with a few hacks to improve the experience (better translation, in-game map, hints for destructible blocks, etc.). Even with the improvements, it's still not as good as the others but it was okay.
And then I played the third one, once again with hacks. This time to get the japanese version (with the better music) with English texts and also to get better controls (control over the jumping, etc.). That might feel like cheating, but I'm glad I did or the last levels would have probably felt very frustrating (though the bosses are much easier this time). The multi-path approach is great for replayability, but I'm not sure I'll play it again soon.

I'll probably go on with Castlevania 4, Bloodlines and Rondo of Blood. I'm also wondering if I should give a hacked Zelda 2 a chance.

Another one in the not technically a game section.

I've started again with Life is Strange (PS4) again. Didn't really get into it before, but thought I'd try it again...

While playing CONTROL, I was stuck with a BOSS fight, so after 20 retries went wrong, I searched a way to lower down the difficulty settings... just to find out that there is no difficulty settings... there are cheats instead !!
In the main gameplay options you can just select stuff like godmode, one shot instadeath and various settings to enhance life/damage/resistance, etc...

Someone let me loose with a train.

Finally finished Planescape: Torment. What a game. Did I see the main character's alignment change according to my choices? I think you start as neutral, and I ended up chaotic good. All those little quests, nicely nuanced dialogues options and surprising item interactions
There was a bit too much combat for my taste. And most of it could be cheesed by having mort use his insult skill and just kiting.
It has been said often enough I presume, yet here I go: great writing. The only slight blemish on top of it was the translation. While leagues better than e.g. Pillars of Eternity, there were enough avoidable errors.

Back to Runaway 3, and those Infocom titles. 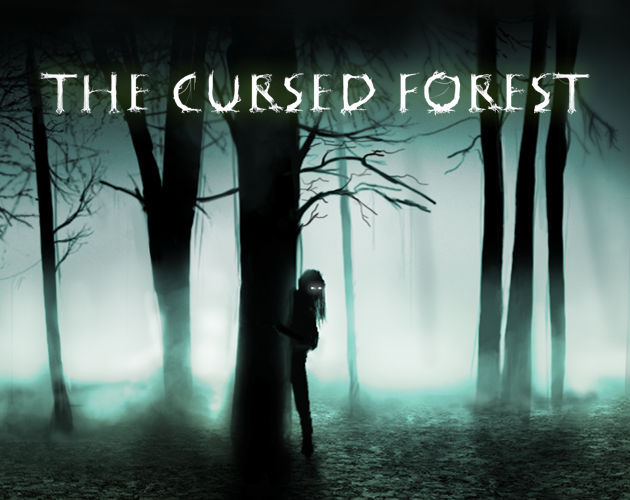 The Cursed Forest by Noostyche

As you travel uncover the dark story behind this place, where beauty and danger have become as one. 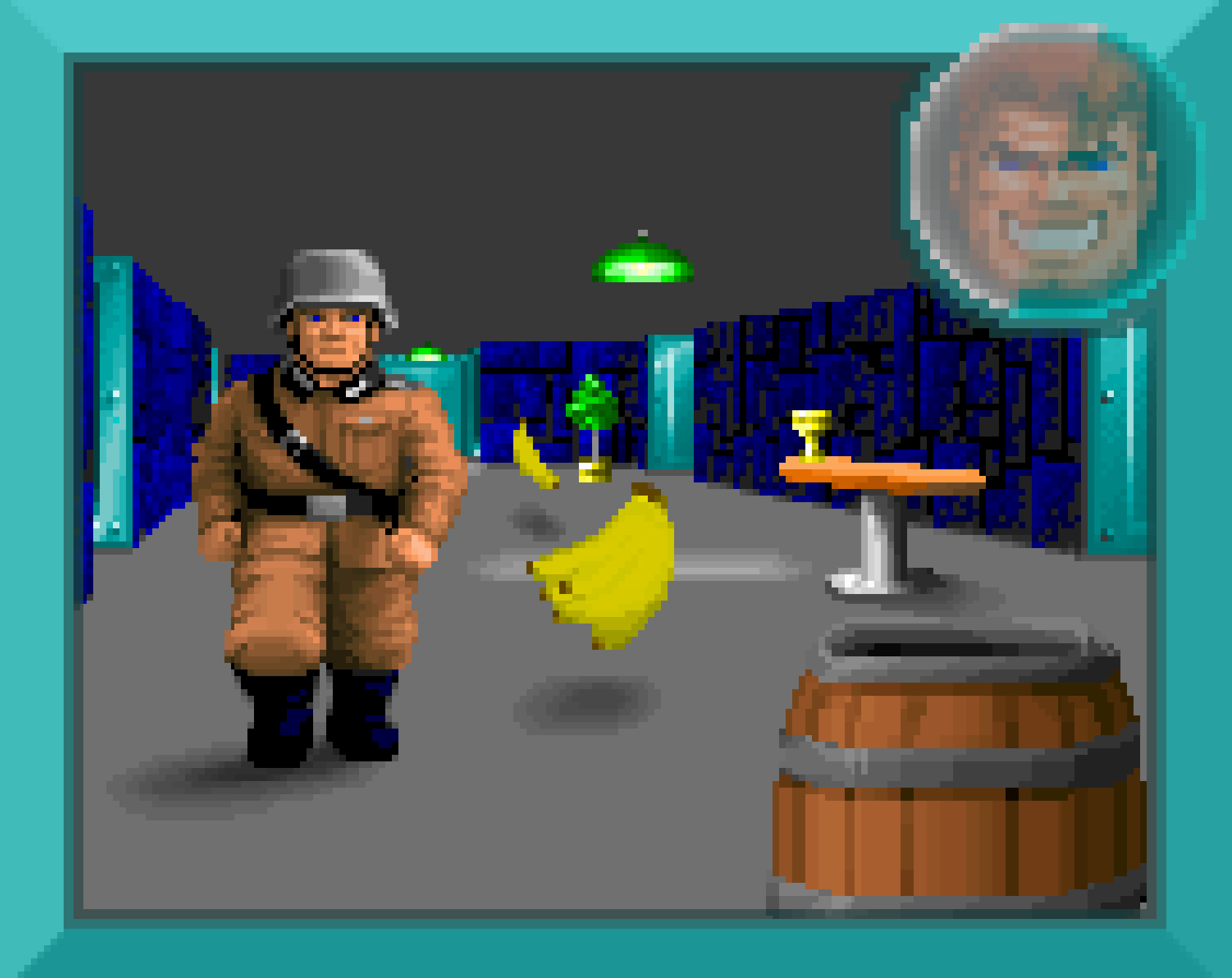 lol, i was just going to post that. i wanted to make my own monkey-ball style game at some point, and this certainly gives me some ideas...
You must log in or register to reply here.