Snowrunner (Xbox One X)
This is the newest part of the Spintires Games:
It’s got some twists on the Old „Forestry Trucks in Russian Mud“ Thing: this Time you got Maps in Middle US, Alaska and Russia, and they are more Openworld , and you can make Missions on them whit your Truck, like Transport Things, use a Crane or pull other trucks or trailers out of the Swamp ..

It’s a lot of fun, like the old Spintires but much more..

I bought me a Russian 8 Wheeler for all Maps, and this Thing works pretty good, ..
made a lot of missions on the Free day today (1 May) , but I’m just in Middle US now, so it could last pretty long

During this corona period I play a lot of magic arena, managed to get to diamond tier 2, hope to get to mythic before this period ends

Still playing (and addicted to) Dragon's Quest Builders 2, and, I think, on the final stretch of the story.

I would be playing it this weekend, but my other half - who has never played a console game in her life before - expressed an interest, and she's still playing it now (albeit a little frustrated at times as she's not used to a controller).

I recently finished Batman: Arkham Asylum. It was enjoyable from start to finish, it's been a long time since I didn't feel like a AAA game was overstaying it's welcome. It's a pretty good batman simulator: you travel around with the bat-grappling-hook, you beat down mooks by the dozens when they don't have guns and you move in the shadows and pick them one by one when they do. And even its "stuff collection" part doesn't feel like a chore but more like an interesting side game.
The biggest complaint I'd have would be that even if the architecture and design is quite good looking, you spend a lot of time in "detective vision" mode where you don't really see any of it.

I also returned to Shadowrun Returns with the User Generated Content, especially the popular trilogy of "Antumbra", "Caldecott Caper" and "CalFree in Chains". The popularity is well-deserved. The first one is a bit unimpressive at first, but it quickly grows into a compelling game, and the quality keeps increasing during the whole series. On the "gameplay" part, it's nothing exceptional, but it never feels boring or repetitive. But the true star is the writing. It's really high quality, with interesting characters, well written stories and dialogues. If you've got the games I highly recommend giving them a try, it's like an additional game in the series.

ElPoco said:
I recently finished Batman: Arkham Asylum. It was enjoyable from start to finish, it's been a long time since I didn't feel like a AAA game was overstaying it's welcome.
Click to expand...

If you liked that game, "Batman: Arkham City" will literally blow your mind !! I think I have never seen a sequel so incredibly better than the original... they have upgraded the experience in every compartment !!
Also, I'm trying to compile a list of all the similar games here 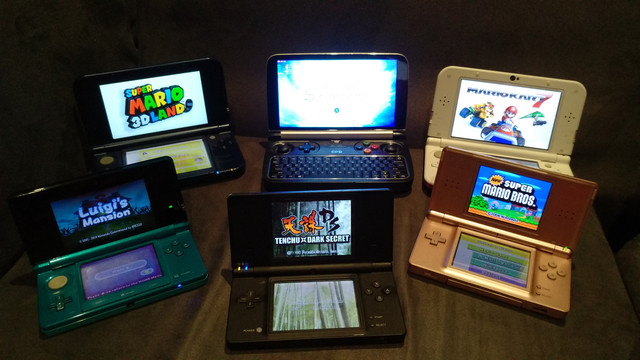 And here I thought, since they put games onto cartridges, you don't need a device per game anymore. ?

Started playing Sunless Skies and Fallout New Vegas.
Both games amount to patience tests. In my younger years that wouldn't have been a problem. Now it's hard on me. Despite home office and having too much time on my hands.
Both games have mechanics to soften the impact of traversing the emptiness. But neither manage to alleviate the problem completely.
New Vegas has many bugs and performance problems, so much time after its initial release.

I find myself being disappointed by games more and more. Looking forward to System Shock 3. Immersive Simulation is the penultimate genre as far as I'm concerned. The freedom of approach in combination with storytelling and interesting environments trumps everything else as far as my preference is concerned.

I think new vegas was one of the first games that was so highly hyped and landed so poorly, the devs must've felt patching all but the most egregious bugs wasn't worth their time. Well, not the first, but one of the first in the era of game patching happening on consoles and not just PC. There was also No Man's Sky around the same time, but Hello games seem to have had the money to keep patching it.

I didn't find New Vegas that good, but I still enjoyed it. I had modded it quite a bit so I don't know what part came from mods and what was from the original game. It became a bit boring and repetitive towards the end and it felt like it missed plenty of opportunities but it still managed to keep me playing until the end. But I didn't feel like the "traversing the emptiness" was the biggest problem, at least the first time (when it becomes constant backtracking you're happy there's a fast-travel option (or maybe it was one of the mod that added it?)).

Djoga'Ro said:
And here I thought, since they put games onto cartridges, you don't need a device per game anymore. ?
Click to expand...

Been playig Noita for most of the weekend. This has wrestled pole position from Unexplored, my favourite action rogue-like up to now. It has real time physics simulation like Powder Game. And it allows the players to create their own magic wands from a number of spells with different modifiers, arcs, damage types etc. And boy it's difficult. Also mod support. Check it out!

I played p&c adventures on Switch these last weeks - Syberia 1-3 (the 3rd installation's UI is a rather annoying, but otherwise they're great games. most annoying I found, that you cannot put things back in order after using them), Deponia (almost finished, but got stuck due to en UI error, that shows the wrong hotspot overlay in a particular view and makes the game not react to any input anymore - waiting for the support's answer - otherwise a must-play) and The Inner World (very annoying UI, you can only cycle through the hotspots while the order is unpredictable and often after some interaction the hotspots like to come up for only half a second, until you move again to get it back in order, but still a nice story and a very likable game).

I've recently tried Crysis again, last times I didn't get further than what was in the demo (first time because it was the demo, second time because I lost my save and didn't feel like restarting and moved on to another game). I feel like either I'm playing it wrong or it fails to deliver what it promises. It starts with showing off the powers of your suit, how it turns you into a bad-ass fighter who does awesome stuff, but when you start playing it it feels like another "tactical shooter": you're still quite vulnerable to enemy bullets, cloaking mode doesn't last long enough to be reliable, having to toggle strength mode makes it hard to use in the middle of combat, speed mode leaves you armor-less after a short sprint... So in the end it doesn't feel any different from, say a Far Cry or any other similar games.

It contrasts quite a bit with E.Y.E: Divine Cybermancy, which I also started playing recently, and in which you start with already a lot of options and quite powerful powers. It also offers something I really appreciated: options for how the enemies behave. You can select how far they can see, how quick they react, how well they shoot, etc. There's a "stealth" preset that makes it easier to sneak past enemies, but if you'd rather play it as a mindless shooter, you can have enemies who'll just rush towards you as soon as possible. You can also select if enemies respawn and at which rate, etc. I wish more "open-ended" games did the same: as soon as your game isn't finely tuned to one play style, I'd rather have the ability to do the tuning myself than to have to do with a "middle-ground".
As for the game itself, it's a weird beast. It feels like something that started as a Warhammer 40K fan-game, didn't get the license and decided that if they have to do their own setting they'll include everything they like from other settings as well, without taking themselves seriously. The interface seems a bit clunky, but it worked for me so far. I'm not too far into the game, but I'm curious to see where it'll go from here.

ElPoco said:
I've recently tried Crysis again,.... It starts with showing off the powers of your suit, how it turns you into a bad-ass fighter who does awesome stuff, but when you start playing it it feels like another "tactical shooter"
Click to expand...

Maybe it was because I played it years after it was made, but considering all the comments I read on the internet and the pretty deep fanbase, I had a lot of expectations from this game... instead I had exactly the same impression... and worse, when I had to deal with the aliens... I really would have preferred the game without the aliens... not only them moves in ways that you can't follow them with your eyes, but ALL your advanced equipment is absolutely useless with them, and if the game is cool just for the enhancements, than it becomes just an average shooter with a nice graphic.

@Djoga'Ro Did you need a walkthrough for Deponia? I remember getting stuck and discouraged very early on in the first game. Didn't want to use any help so I haven't touched it since.

@kuru Ever tried to implicitly impose a certain train of thought on someone? Manageable, when you know them well, maybe, otherwise it can get hard. Now, you're not interacting with them, but create some static piece of work to do the job, your successrate goes down further. Since the develovers probably hadn't you in mind, and you don't know the developers, it's not reasonable to expect from the game and yourself to do it entirely without a walkthrough (, unless you allow the game to be boringly easy).
I looked several things up, I don't like to, try to avoid it, but do it, before I reduced myself long enough to being an automaton trying to combine everything with everything else for frustration to take over. Sometimes when seeing the answer, I feel stupid, sometimes I think it rather far fetched, sometimes it involves some element or dialogue option I didn't even recognize/notice or even find, that it's something I already tried but too early.

What I hated about Deponia is the fact that I had too many objects I knew already how and where to use before it was the time to do it... but never worked when I tried, and there was no clue that "it wasn't the right moment"... so when it was really the time to use them as I already guessed previously, I had already fixed in my mind that those were meant to do something else, or were just useless things...

Maybe it was because I was younger, but in the three Monkey Islands I never had the need for a walkthrough, and in the original first one you had a lot more combinations possible... maybe the only thing that I had to guess by trying all the objects I had, was the "red herring", because seems to be an english or american way of saying that I didn't knew at the time...
You must log in or register to reply here.
Share:
Reddit Pinterest Tumblr WhatsApp Email Link
Top