I refer the honourable gentleman to the reply given in the case of Arkell vs. Pressdram.
Click to expand...

Why are you offending me and others and who gives you the right to bother us all with your arrogant attitude? It's a pity that a small troll like you needs to ruin this treat.

The only thing I take a bit unfair is voting 3 times on the same entry, considering the numbers of voters, if 4 guys vote triple on the same it amounts for quite a number.


About the type of software and the reasons we vote, I see no problem in having it all mixed, and no prob on reasons why each took a vote.

Everybody has 3 votes to distribute however (s)he sees fit.


Comon sense suggests that most people vote for what they liked best.


The winner will thus be the entry that most people liked best.


Sounds fair, and it really is as easy as this.


So why do humans have to complicate easy things until they fail (or one can at least fight about opinions), why can't humans just stick to easy principles and accept that the whole world does not always match their personal opinion?


For for the most curious, if you look at the right place, you will know what it's about.


Should i spoil here, assuming it's out of the deadline and untestable ?

I felt that after the long and arduous process of porting his entry, the author was the only person who actually put some real effort into getting it "just right" for the Pandora.
Click to expand...

Hey, thanks much buddy


I'm not a developer. I'm just an open-stuff aficionado and sysadmin that took the challenge to create something for the Pandora. I started learning python in the first couple of weeks after the competition was announced. Then I got to learning pygame and "game" techniques (screen creation, blitting, sound, framerates, timing, text rendering, animation etc. Then I designed a (admittedly) crappy game by anyone's standards, but it was something I had never done in my life before. I did photo editing for the background graphic, sprites, firing, explosion, sound synchronisation, etc. I used the Pandora's exact max resolution, used a nub for aiming so that it would not always be d-pad d-pad d-pad every time everywhere. I prototyped and prototyped. I coaxed and begged my daughter to do some graphics for me (she's only 10 years old) because I'm hopeless at freehand drawing. Then I managed to write the actual game, test, debug, put everything I learned together and finish it a few days before the deadline and convinced a couple of nice folks to test it for me and until now it's a Pandora exclusive (which it will remain, since it's too simple a game to warrant further development on any platform). Let's say I had two months of fun and frustration learning and creating something original for the Pandora which now exists and which did not exist before, and all in the now "traditional" two months ™ allotment. It may still be a crap game which didn't win any accolades but saying only one person put real effort in his port feels like having a nail driven in my left eye. In other words, it's painful dude. Thanks for your appreciation of everyone's efforts


I sincerely hope your first two months ever (whenever they were) of coding for any platform were at least as productive and fruitful as mine, sire. I'm sorry I'm not up to certain "standards" with my effort. I'll scold my mom for not creating me as a programming guru on that fateful day 42 years ago


Cheers. Now I'm off to play with my 3 favourite entries

You're a brave chap, and for that I salute you Mr Relliker. You don't get any of my votes though.

lol, I didn't ask for your vote ZXDunny, I just want more nice stuff from you to run on my Pandora Well....., maybe your at least admitting that one way or another EVERYONE put SOME real effort in their creations wouldn't hurt! (and would remove that nail from my eye   )  How about that, in the spirit of everything open?  WIN?

That was my last hope. 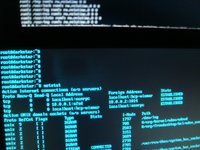 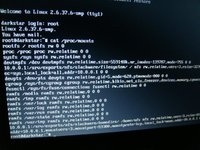 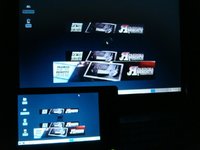 I just want to thank everyone who has submitted entries to this competition, for their time and effort, that went into whatever your project was intended to be, got close to being, or actually was realised in time. I thank you in advance for any further work you put into your projects if they require it.


I do think that more time was needed to even test all these entrants, given the constraints of life, yet alone to have produced them. So what has been achieved in honour of the new Pandora productions phoenix from potential ashes, is to be celebrated.


Perhaps some faith and charity aswell and some noodles