Help .. Draw Me Some Svg Artwork For My Game ;)

I'm trying to get back on top of my turn based space wargame, that has mostly been neglected the last year or two due to my working on the Pandora firmware in all my free time; now that I'm having the twins coming in a couple months I'm having to step back from that unfortuantely, and trying to nail down some more of my wargame before Chaos Comes.

Theres been a few shifts in game client, but the one I worked the most on was doing a lot of opengl/gles stuff with 3d models and rotating planets with atmospheres, and scarring as they got damaged... and all that is being dropped for now. I may pick that sort of thing back up for version 2, but in the name of greatly simplifying the game client coding and reducing requirements so it can maybe get somewhere, I'm dropping any and all fancy stuff for now .. goal is to try and get something (even if ugly as sin going, so people can play the game, and then pretty it up over time as much as I can in the coming months (after the twins are a few months old I'll have more time again, but who knows how long I'll brain fried for

So suddenly my game client is going to be web and native based, representing game state on a 2d top-down old school map, with tabs and buttons to bring up reports and so on; ultimately the game (and most games) are just state machiens with lots of data -- like spreadsheets -- but with fancy graphcis to hide all that. Civilization, Starcraft, World of Warcraft.. just spreadsheets with graphics anyway.

To keep it simple, I'm doing artwork as SVGs and writing them to HTML5 canvas (more or less), so you can use Inkscape or other SVG editors to make artwork.

Its a multiplayer turn based game, where your species/race is just a name, and you choose a artwork-family and 'team colours' to help make it more stylized.

Think 'tile sets' for otehr games, where you can change from winter to desert to alien and not change the map data at all, but completely different looks.

I'm doing that sort of thing for shuiops -- each player is just a player, but he's got 'art family 1' or 'art family 2' or 'art family 5' (tileset 1, tileset 2, tileset 5, whatever.) So you might have a 'battleship', but have picked a start trek looking ship tileset, whereas anotehr guy picked something else looking; so when you encoutner him, the ships all look different, with your ships all having thematic consistency, and their ships having thematic consistency, but your ships and his ships probabyl looking different (unless you both chose the same two artwork-families when you createsd your species.)

Say 10 (or as many as I can get) artwork families, where a family is a set of artwork for different ships and icons, plus also some assorted artwork for planets and spacial bodies, etc.

Style: Cute and cartoony spaceships of doom! (easier to draw)
Size: In SVG terms, try to keep all artwork relative to 200x200 pixels -- a small ship and giant ship same pixel size, since I can scale SVGs at render time to how big I want them to look
Colours: Use whatever, so that any artwork family have simialr style/colour .. but keep 2 special colours that I can override to team colours.
Team Colours: I forget if SVG can name a area (if so, use team1 and team2 as names), or worsrt case itf its just applying colour-fill/stroke, then use 0A0A0A and 0B0B0B or something for the two team colours; this way I can change the 2 team colours to what player has chosen, while letting you use any other colours as you see fit

Theme: Each artwork family needs a theme, so that all ships for a player look 'same style'
Example theme ideas: A Star Trek Federation style, where you have a cirucle base and engine sticks on the side; or a 'triangle' race (think Imperial Star Destroyy in star wars); a spherical race who likes big b alls with weapons poking out all over; a race who likes 'letter H' .. sticks on each side, with a jhoining bridge in the middle; a 'spider ship' style; a bunch of stacked discs; etc.. you can go wild.

An artwork family has to have 10 ship classes in it (the ship class will be set automatically by the game based on the ship type player makes; so player might have 20 kidsn of ships, but since only 10 artworks, the game will pick an artwork to represent a given ship-class.)

An artwork family has at least -- each of the 10 ships shoudl have a consistent style ("all look spidery and simialr colours"), but each can look different inside their family theme; each family theme should look different.
- probe (a tiny little thing, think Sputnik in real life; no weapons, just some engines)
- smaller cargo vessel
- large cargo vessel
- frigate (small war ship)
- escort (small-medium war ship)
- destroyer (medium war ship)
- battleship (large war ship)
- dreadnought (crazy big war ship)
- small defence platform (ship with no engines)
- large defence platform
- healthbar -- a generic one that all races can use maybe, vbut it'd be nice to have one per art family; a spidery ship race might want health bar that is 5 units wide, showing a number of spiders, say. Health can be shown as 1/2/3/4/5 units of health, with 5 out of 5 being max.

Misc artwork - not for art families; if I can can 20 or more planets, that'd be ideal, since a game map ahs hundreds of planets in it
- planets -- lots of them! Circular in general, but coudl be weird stellar bodies as long as they look solid (obviosuly a 'homeworld' of some sort, even if a cloud/nebula thing); coudl have rings or not, craters or not, swirtly lines, clouds, pock mnarks, volcanos, whatever
- asteroids
- stellar stuff I can just toss in for fun, but isn't part of the gameplay per se
- some are poor planets, some are rich, some are big, some are small, some are dual-worlds (2 planets); so a variety of poorness and stuff woudl be awesome if I can get it

Badges
- assorted shapes .. make them say 50x50 pixels in SVG terms, and I'll scale up/down from there
- examples: skull, triangles, heart, sun, moon, lightning bolt, X of different colour; +; any little symbols you can think of, that I can drop onto something else to help player mark it
- think stuff like .. in Robotech, the "Skull Squadron", so I'd show a ship with a skull badge on the top right; likewise, you might be fond of one fleet of ships, so want to put an "X" on them, so they stand out for unbadged groups
- a "+" could be used to show this unit is experienced or not

Priority: the ships and planets, everything else is gravy.

Ownership: As my usual game development deal goes -- artwork (and other assets) remains the ownership of the creator, with passing license to use to me as much as I like in a non-commercial fashion; should the game get awesome and we all decide to make a few bucks, then each asset will be re-negotiated or kicked out as the owner sees fit (and in lack of contact, no assumptions can be made.) The game engine etc will remain mine, the artwori, audio, etc, remains the property of the author.

FYI, soundtrack -- I already have a full length really gorgeous soundtrack by a professional musician; the game may not look like much (or maybe it'll be cute awesome , but it sounds _awesome_.

Anyone able to help me out?

If I could get even 2 artwork families and a half dozen little planets, its enough for me to keep plowing ahead without worry over that.

I'm sort of thinking stuff like this but it doesn't have to be so fancy .. as awesome as you can do 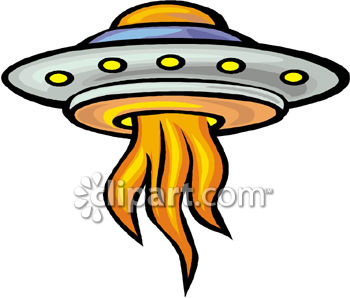 jeff
You must log in or register to reply here.

Any artists? Help me draw some svgs for my wargame :)

Anyone Here Do Fantasy Art?

Looking For Some Art Help For A New Puzzle Game
2