Coleco was my first console ever. At this time, this console was a beast, and introduced me to the magical world of video games. I was 11 at that time (yup, I'm getting old), and I still can remember how amazed I was in front of my TV screen.


Here are some recommendations:


- Cosmic Avenger : The first game I ever purchased. A nice horizontal shooter, certainly one of the most colorful and technically advanced games on the console (at least in my memories).

- Venture : Explore dungeons, visit the various rooms and fight monsters. You'll have to use your imagination, but that's exactly what makes it fun! Definitely an old school "Dungeons & Dragons" flavour.

- Zaxxon : Is it necessary to introduce this classic isometric shooter? Still a classic.

- Donkey Kong : Again another huge classic. It was included in the Colecovision package and certainly contributed to its successful launch.

- Omega Race : Certainly the game I played the most on this system. Mainly due to its "versus" mode that we enjoyed for hours with a good friend of mine. Basically it's "Thrust" or "Asteroids" in an arena with bouncing walls and warp zones. Chase each other among mines, neverending fun!

How could you forget Smurf:Rescue in Gargamel's Castle? It's classic!

Indeed, how could I? Blame it on the old age I guess...


Yup, Smurf Rescue in Gargamel's Castle was very cool. I remember a friend of mine had lent the cartridge to me for a few days only, so I couldn't push it to the limits, but it was certainly enjoyable. 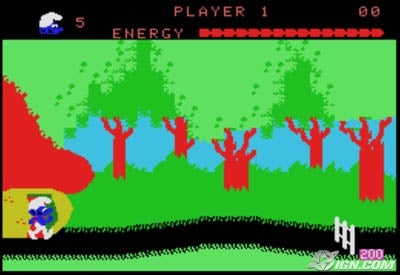 
Colecovision's version adds more scenarios and perils to the 2600 one


i've been playing it for quite a while since i got my pandora, lots of fun

I liked the Colecovision version of Space Fury
Last edited by a moderator: Feb 17, 2011

added to the general thread

My recommendations to add:

Some of my Coleco faves which haven't been mentioned yet: 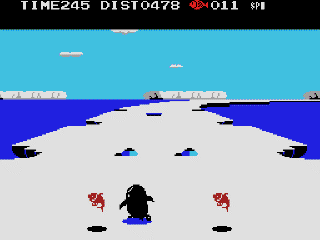 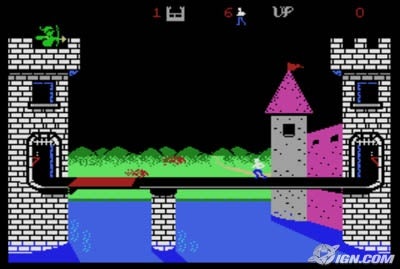 H.E.R.O.: I like the Coleco version more than any other one. 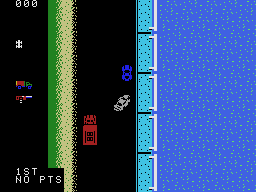 I still have my colecovision I bought new in the early 80s. I had most of the games above, got most from a voucher I won from a Colecovision comp. cosmic avenger and Looping were my favs
Last edited by a moderator: Apr 1, 2014

So many great memories from CV. This was my first console as well, and of all my childhood Christmases, this was hands down my favorite gift EVER! I can still remember that morning like it was yesterday. I don't think I ever harassed my parents more for any gift.

I owned almost every game mentioned above, but SPY HUNTER was one of my favs. It was probably my last game purchased, and it was one of the CV finest games. I don't know how many users even knew it was released, as it came out near the end of the CV life cycle. I also had all the add-ons(steering wheel, play action controllers, trackball, & 2600 adapter).

Sadly, I sold my entire collection for $180 dollars back in 85-86 so I could buy an NES. The CV truly was ahead of it's time, and was just flat out so much fun.

I've not got many I can recall, I was going to say Smurfs too, but see it was added already

Gorf is a classic, though I didn't have the Coleco version.

River Raid is great too, I'm going to have to play that later today now