Djoga'Ro said:
I prefer to not donate to highten the pressure to allow for more R'n'D towards growing organs on demand in vitro.
Click to expand...

In 2010, In Europe, 4.380 people died because they could not find a replacement organ. (12 people a day). That's not so many people (sure, one person that dies is one too many). However, lots of money has been spend on convincing the population. So I don't think pressure works. I think the organs will be used for other things.


Klumpen said:
That is why I'd rather like to sell mine posthumously and donate that money to doctors without borders, but alas I haven't found that possibility yet.
Click to expand...

Still, a good idea. For your organs to be useful, you need to die inside a hospital (to determine clinical death) and only then the organs are allowed to be harvested. Then transport, cooling not freezing, etc needs to be done very fast.
Checks for compatibility and such needs to be done beforehand. All that is costly, so if you need to set up the infrastructure, it's not competitive (you'd turn a loss).

Yeah, my addition to the pressure can only be a small one and it wouldn't become apparent before I die. I could rephrase to: I don't want my death to add to the relief of such pressure.


FBnil said:
I think the organs will be used for other things.
Click to expand...

Which organs, homegrown or in vitro? And, what other things than putting them in people, who need those replacements? Frankenstein cyborgs?

Djoga'Ro said:
Which organs, homegrown or in vitro? And, what other things than putting them in people, who need those replacements? Frankenstein cyborgs?
Click to expand...

The natural organs of people. Once available, become cheaper. Then morals dip and experimentation becomes "acceptable".


Imagine making machines with a series of pancreases that churn out insulin. (granted, bad example, because creating insulin using e-coli is way cheaper). Or electrically torturing organs in series to let them produce endorphins, which can be harvested and sold more expensive than coke. Or getting lots of arms, and connecting them to microchips to play and learn about human-machine interface, promoted with a youtube movie making music with hands and a laptop... and when they start rotting/necrosis you replace the parts. Or preserve bodies like in bodyworks, slicing them and plastifying them and showing them to the world.

Doctors casually deciding to remove organs pisses me off. Imagine your septic tank being full and then you call a plumber and he just removes your septic tank and closes the pipe that lead to it. Then next time you flush your toilet your shit would start spilling on your bathroom floor. Then the plumber comes back to sell you a toxic cleaning agent that gives you cancer to clean out the shit spills.
Doctors who casually remove kidney's and other important lymphatic nodes are like such a plumber.

Preventive chemo also pisses me off. There's someone who had cancer and had it removed and then the doctor said that he should get chemo despite him not having cancer anymore as a preventive measure. Since he had chemo he's chronically ill. And the chemo was preventive "just in case".
That's like pest control coming to your house because they heard you had an infestation a month ago, finding no trace of any pest at all, and then burning down your house just to prevent future infestations.

@FBnil I don't know. Using human organs for anything else than humans sounds like a shitty cost-gain-ration to me.

I feel the same. Symptomatic not preventive. Keep them hooked to the money making machine. Discontinue cheap medicines in exchange for lucrative ones. And stigmatize every medicine that is outside of their sphere of influence.


Djoga'Ro said:
@FBnil I don't know. Using human organs for anything else than humans sounds like a shitty cost-gain-ration to me.
Click to expand...

There's always someone willing to pay for the research. 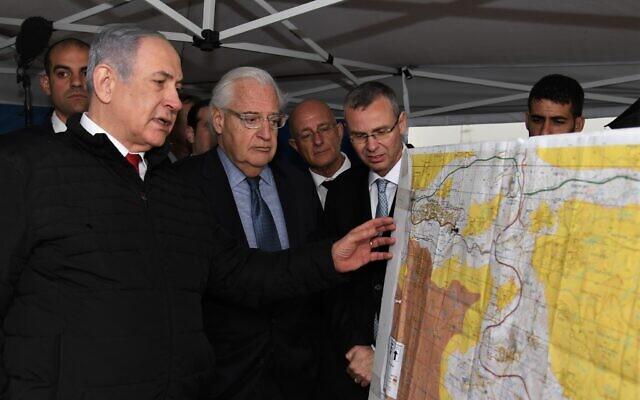 US Embassy: Israeli West Bank Annexation Can Move Forward Without A Palestinian State

US admits key part of Trump's peace plan - "the path to statehood" is not an essential condition...

Finally, a summation which explains the somewhat contrary stories I was reading about Marcus Hutchins about a year ago (or whevever it actually was). It's also a story of human failings, and I find it hard to come up with a different plan of action had I been in his shoes during the early days. 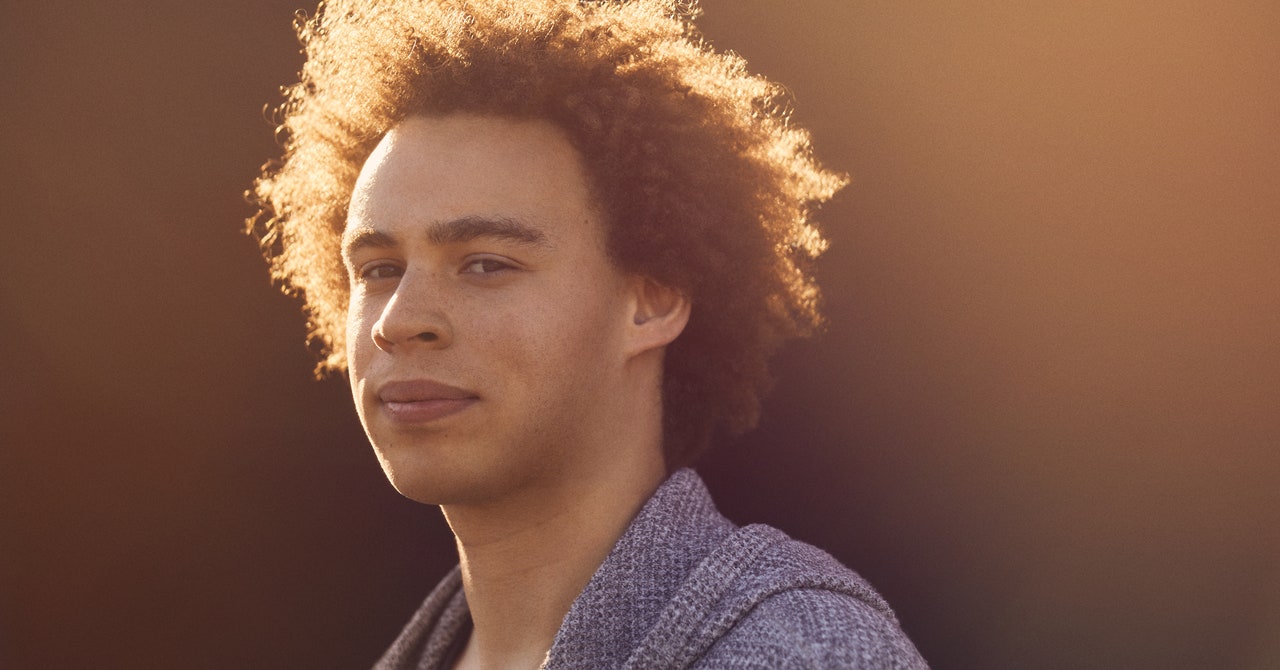 The Confessions of the Hacker Who Saved the Internet

At 22, Marcus Hutchins put a stop to the worst cyberattack the world had ever seen. Then he was arrested by the FBI. This is his untold story.

An elite Austrailian SAS soldier's body camera was streaming live on national television and captured the murder of an innocent unarmed Afghan civilian.

Considering how much he appears to love Twitter (for the permeation of propaganda), I like this turn of events: 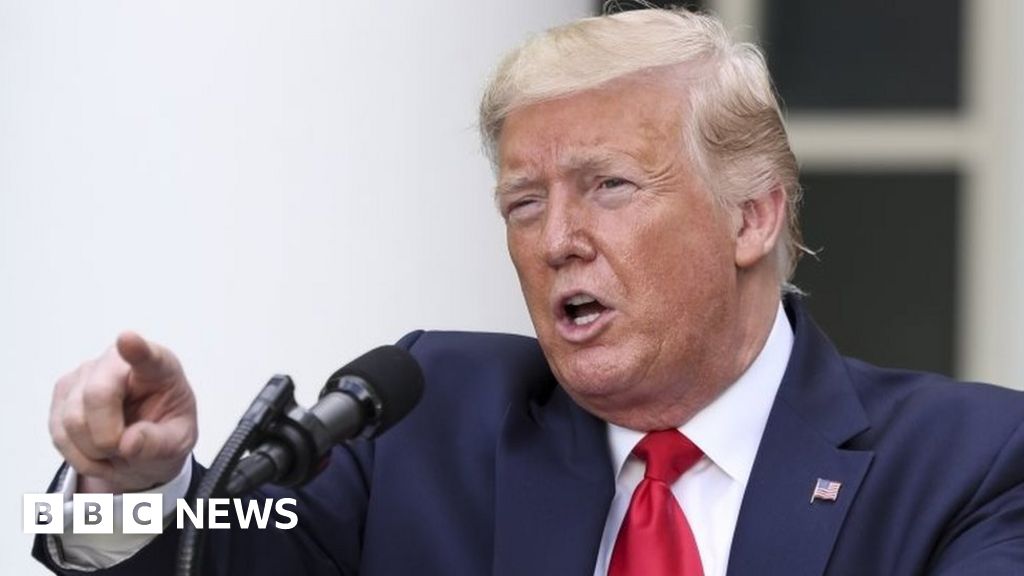 It is the first time the social media giant has said one of Donald Trump's tweets could be misleading.

The worst agent provocateur around?

This Is A Police State (contains: police brutality)

Are they all police, or are some of them the national guard who've been drafted in?

rSl said:
This Is A Police State (contains: police brutality)

Driving through protesters with a police car, trampling down a woman with a fucking police horse, generously spraying pepper spray in big clouds via drive-by, throwing people against curbs...
I mean, at that point you couldn't really blame anyone taking out assault rifles and going full civil war, although of course it would just make it worse.
Also that cop who just sprayed a random passenger that was walking away from behind for shits and giggles.
All of those many scenes show just how many straight up bullies ganging up on random people are in the force since they know that they can totally get away with it even when they are filmed and there's evidence.

Hell, it probably wouldn't even change anything if the filmers would shout "This is a recorded live stream!", since they really can do whatever they want without having to fear repercussions.

"To serve and protect" who?
Not citizens, that's for sure, but if some megacorp needs enforcement again to empty buildings of their inhabitants or shut down a worker's protest, you can count on them.

A bit of humor to defuse the traumatic images. 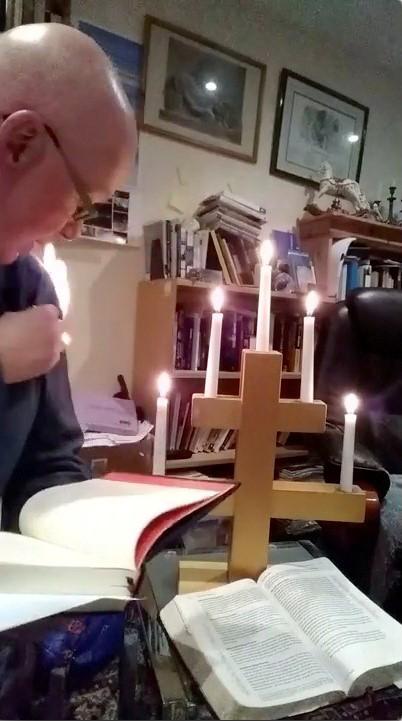 A British vicar got more than he expected from his first attempt at an online sermon when he leaned too close to a candle on a cross and his sweater caught fire.

levi said:
Are they all police, or are some of them the national guard who've been drafted in?
Click to expand...

guess it's a mix of all urban warfare thugs they get recruited right now.
here https://nitter.snopyta.org/chadloder/media one can observe clearly a lot of national guards doing verry wrong things.
especially this looks like a military assault, even when they are marked as 'police'.
it's so superdisgusting.
Last edited: Jun 2, 2020
You must log in or register to reply here.
Share:
Reddit Pinterest Tumblr WhatsApp Email Link
Top