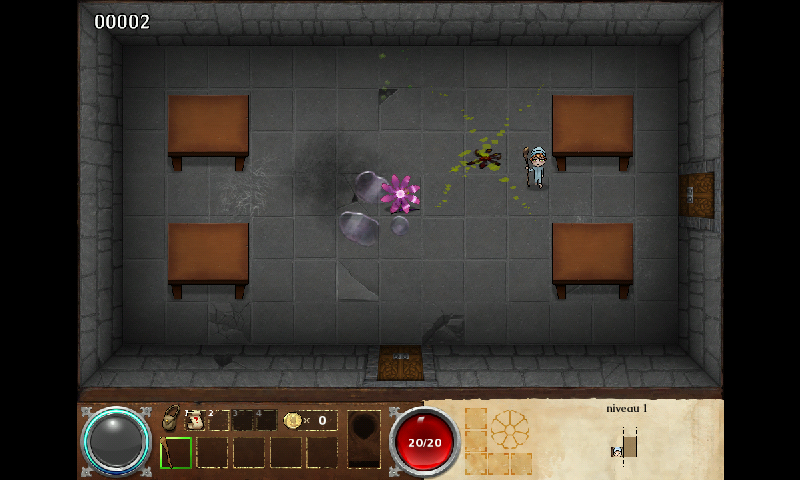 The game use SFML2, and glshim.
It's working well on Gigahertz, but can be a bit slow on CC, so I used some shinking of textures (on CC and Rebirth).

The keymap has been adapted to the Pandora, and moving is on the DPad and fire on ABXY. Both Shoulder buttons are also used, along with Space and Enter.

Oh noes! I have to switch banks now!

Nice. I love the Action RogueLikes. So many game this Christmas!

I have updated that game, with a fresh build and updated libs. I have also swtiched vorbisfile to tremor. It should be faster now (it plays at a nice 20+ fps on my Gigahertz).

In case you don't know this game, it's similar to "The Binding of Isaac" and is a very good clone.

So you will run in a 8bit integer overflow for the next port and port OpenYahtzee again? ^^

Ziz said:
So you will run in a 8bit integer overflow for the next port and port OpenYahtzee again? ^^
Click to expand...

I will react again in one of your Pandora or Pyra ports when you reached the limit of the 16 bit number.
You must log in or register to reply here.