The Future of Pyra's CPU

The OMAP5430 may not have been available for purchase, but prototype boards did exist - and none of the ones of which I can find pictures of has any kind of PoP. Take this one as an example: http://www.embedded.rs/sites/default/files/EPP-Pico-OMAP5430_Datasheet.pdf

Where's the RAM socket on that board then? It's either that chip below the SPI port or on the opposite side of the board, or it's POP on top of the CPU. It might be that chip on the opposide side of the board since I see a lot of VIAs across from the CPU (under the wifi module) and lines going across in the vague direction of that chip on the back, but I'm not sure why they have to go around all of those passive modules if that's the case. I think it's more likely a EMMC chip. That chip under the SPI port is a candidate but if so I'm not sure why it's labelled FTDI which as far as I'm aware are mostly creating usb access chips.

Yep, does look like PoP to me as well.

Sent from my QX1000 using Tapatalk

Letalis Sonus said:
The OMAP5430 may not have been available for purchase, but prototype boards did exist - and none of the ones of which I can find pictures of has any kind of PoP. Take this one as an example: http://www.embedded.rs/sites/default/files/EPP-Pico-OMAP5430_Datasheet.pdf
Click to expand...

Every reputable source I can find that discusses the OMAP5430 and the type of its memory says it is PoP. Also, the data sheet you linked doesn't specify whether its memory is PoP or non-PoP. However, I did find a board using the OMAP5430 that does specifically mention that its memory is PoP: https://web.archive.org/web/20130607043405/https://www.seco.com/en/item/uq7-omap5/

God Ginrai said:
Also, the data sheet you linked doesn't specify whether its memory is PoP or non-PoP.
Click to expand...

There are pictures of the board, without any kind of heatsink hiding details. PoP is very easy to spot, it would require a single RAM chip of the exact same dimensions and a close to zero sized layer of solder between them for being that hard to recognize in these pictures. It's possible that TI initially planned to create a PoP design (or at least offer it as an option in a different chip package), but ended up not doing, with many old documents remaining unchanged. These kind of things happen all the time and are often blindly copied by the guys creating other documents about things using it.

Edit: Okay, according to some old documents the PoP design actually includes holes on the top side of the chip for the top contacts, which would allow the RAM chip to sit on top without leaving any gap for the solder inbetween, that might explain why it's not that obvious. For reference: the same document claims a max heigth of 0.81mm for everything: OMAP, RAM, and the solder between OMAP and PCB.
Last edited: Nov 12, 2020

You also can't see PoP on the Pandora, it's mostly seamless.
You can see it when the RAM chip is missing, as it you can then see the contacts on top of the OMAP

RZR said:
AFAIK the die of the OMAP5 goes on the side of the connectors...
Click to expand...

The board can be populated on both sides, and I don't know if there is a limitation the CPU can go on the other side.

Other possibility could be to use elevated connectors for this board, so in this way you get gained space between both boards (where you suppose CPU is placed) instead of on upper side.

pyrat said:
In any case, if ED is already considering starting another CPU board and not saying it yet, for me it's fine, but I'll act just the same as he wasn't starting that anyway.
Click to expand...

I think your and hers is correct acting way. If you have ordered Pyra there is no reason to change it: you will get an enjoy a Pyra with OMPA5, and the day CPU board be on sale you can upgrade it. I see a win-win: you enjoy much earlier and upgrade later (possible before other people get later Pyra with new board inside), no problem.

At the same time the best for Pyra is this way so that sales can go fluid as needed.

Askarus said:
You are so wrong.
This thread is about writing big letters.
Click to expand...

Sometimes it is needed to write big letters to show important or core question. In normal/low letter it can get lost
Other times I use different colors, underlying, etc.

But thanks for the joke Laughting is very important

I wonder if this Apple M1 Chip would work ?,
Its quite hyped now, allthough its nothing new for us that an ARM Prozessor may be a good idea..

The M1 is almost certainly a very good chip at doing the sort of AppleMac things it needs to do; previous apple cores that went into iPhones were geared towards the kind of things iOS wants to do. How different that is to things that linux users and gamers want to do is debatable. But it'd be kind of an abstract debate at best because there's no way in hell that Apple will supply one of their chips for the Pyra.
S

matzesu said:
I wonder if this Apple M1 Chip would work ?,
Its quite hyped now, allthough its nothing new for us that an ARM Prozessor may be a good idea..
Click to expand...

The fault of the current CPU which makes suspend unusable really bothers me. I still want a Pyra but this is a pretty major downside. I hope there will be a future CPU and I hope that it will not be Intel (if it's Intel then I might just keep using the old one).

Maybe a RISC-V based upgrade could indeed be more likely in future: 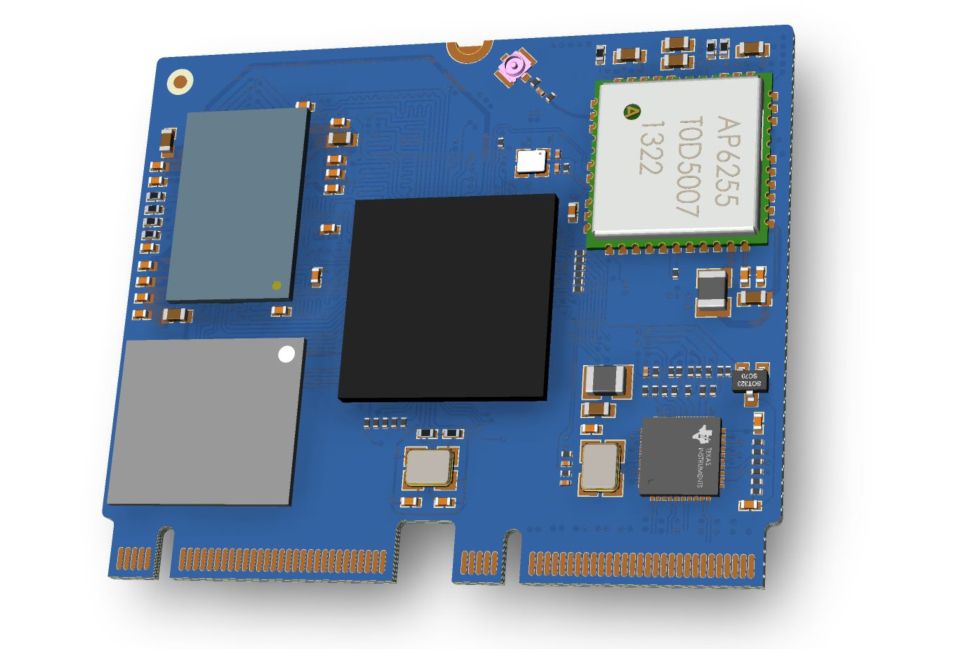 Here comes the most formidable rival to the Raspberry Pi yet 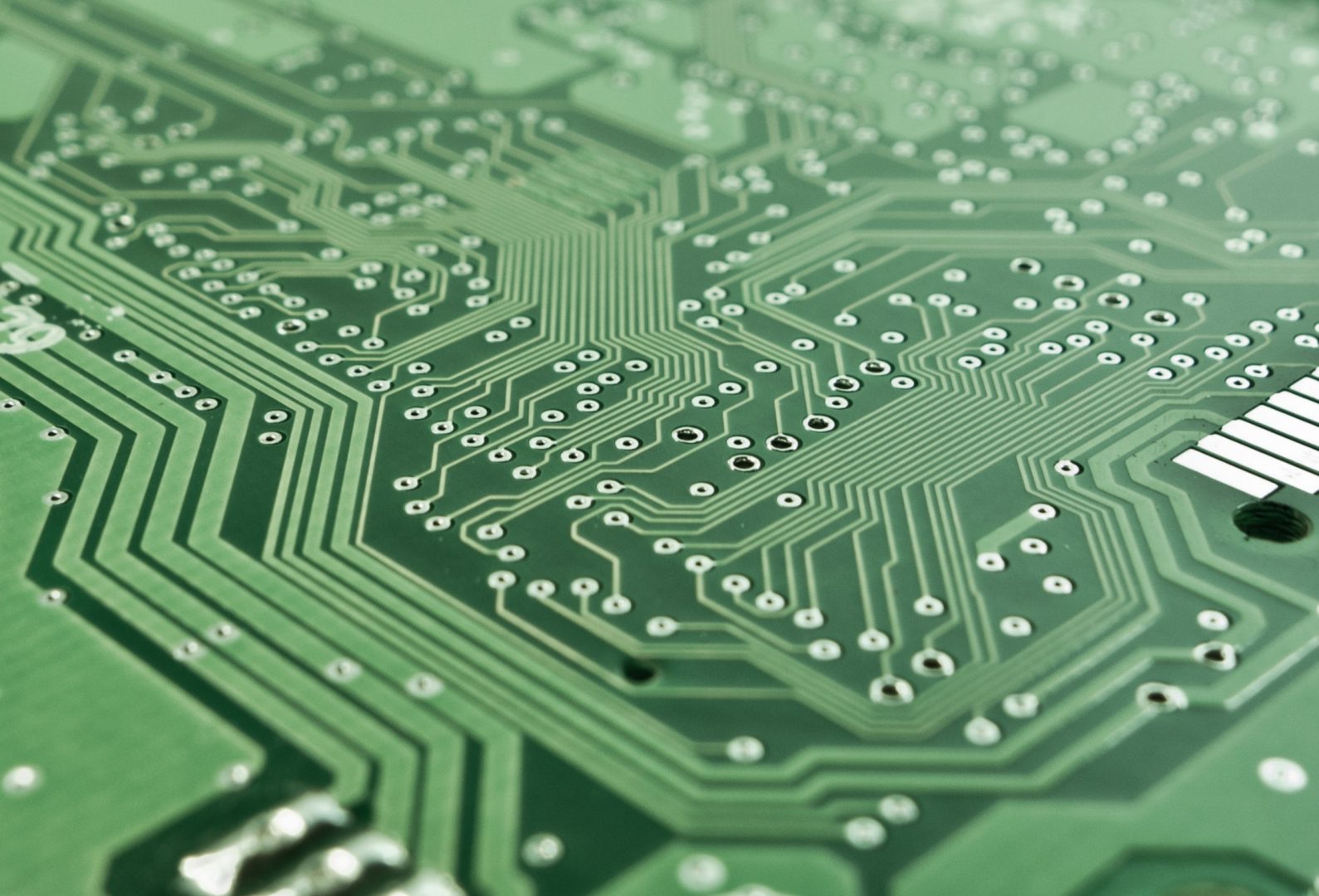 There is growing interest from China's semiconductor sector in the open-source instruction-set architecture.

Ah ok, makes sense, allthough i would sugesst there is much less free documentation about the M1 for Hardware Defs other than Apple as whe had whit the Omap 5..
Also the M1 got a Fan in the Macbook which was pretty silent, but its there..

Phlyra said:
Maybe a RISC-V based upgrade could indeed be more likely in future:

Here comes the most formidable rival to the Raspberry Pi yet

There is growing interest from China's semiconductor sector in the open-source instruction-set architecture.

I love RISC-V, it is a free¹/libre¹ ISA/architecture, but obviously RISC-V is far from ready to be used in a device like Pyra. Even Linux is fresh on it, and there is no RISC-V SOC with GPU and other components a device like Pyra would need. It will take years until RISC-V be an option for Pyra.

¹: RISC-V ISA is free/libre, but it is so free that it lets you build totally open CPU or totally closed, even you can modify ISA for your needs (modify or expand as you wish). In other words: most RISC-V CPUs would be closed (partially or totally). A lot of RISC-V CPU will be invisible (you won't know it is there; for example in WD disk/SSD). Only a small fraction of RISC-V CPU would be open-minded. But even in this way it will be wonderful.

matzesu said:
Also the M1 got a Fan in the Macbook which was pretty silent, but its there..

On other side Apple doesn't design nor sell hard for other, its chips are designed only for Apple products. And M1 is a chip for notebooks and small desktops, not for hanhelds/pocket computers like Pyra. Pyra would need a SOC more like those used in mobile devices, smartphones.

I am happy because Apple created M1 and showed a notebook computer with ARM CPU/SOC can be equal or better¹ than an x86 CPU. I hope that be a model for people in PC industry (except Intel/AMD), following Apple in some way, so we can have good ARM PC in a future. I know it won't be easy because Windows success is attached to x86 architecture, but it would go very good for PC to have other option, not only x86.

¹: Who read on ARM history will know ARM CPU was initially designed for desktop computers, as a replacement for old 6502 (Acorn engineers looked all available options on CPU market, and none was good enough so they decided to design its own CPU). And first commercial ARM CPU was used in Acorn Archimedes, a computer more advanced than PC of those days in lots of aspects but failed to get a big share because market was dominated by Intel/Microsoft.

And what are the differences between the Pyra and a Notebook?
This is important for me as I want the Pyra for Notebook tasks ..
no picture or movie editing, just a bit Office and Internet stuff..

Send from something, i guess ^^

matzesu said:
And what are the differences between the Pyra and a Notebook?
Click to expand...

1st/ Obviously size (good point it is small, bad point small keyboard and screen), as Pyra is a pocket computer. But you can connect big keyboard/mouse and monitor for use in home when attached, and in this way you can use it like a desktop computer replacement.

2nd/ About performance I don't see a problem as you will run a Linux OS (Debian) with a light desktop GUI and you won't have tons of spyware a normal Android smartphone has.

And a professional computer from x years ago had no more power than Pyra, and you worked with them.

Where I think you will notice is in storage speed/performance. A modern notebook can have SSD In M.2 form and this is much faster than SD cards and SD interface in Pyra. But on other side, x yeas ago we used slow mechanical disks maybe slower than Pyra SD.

It may be that if you load a big program like LibreOffice you will notice it loads slower than in a modern M.2 SSD in a notebook.

The best part of Pyra is that it can go in your pocket, really (GPD Win was too much big to be considered pocket size seriously), and it uses a standard desktop GUI so you can work like in a computer. This is contrary to Android smartphones where you don't have a real desktop GUI (all windows you want, mouse use, etc) and most applications are designed to be used in only touch mode and you don't have resizable and reubicable windows/etc.

For example my high end (when it was released) Android smartphone has a HDMI output option so I can connect to monitor and TV, BUT I CAN'T use it as a computer because it doesn't have a real GUI, and most apps are not designed to be used with keyboard+mouse.

oskda said:
For example my high end (when it was released) Android smartphone has a HDMI output option so I can connect to monitor and TV, BUT I CAN'T use it as a computer because it doesn't have a real GUI, and most apps are not designed to be used with keyboard+mouse.
Click to expand...

Dunno what you've done to your phone, but usally they have a real GUI. Shitty if you expect more than a toddler would, but still very real and very goo(f)y.
You must log in or register to reply here.
Share:
Reddit Pinterest Tumblr WhatsApp Email Link
Top