i'm still open to support it based on that it's linux, and that it could be significantly cheaper than a fitlet/airtop/whatever. (though those are looking increasingly interesting.)

but i don't really have a reason to get one until the kids are older, to game with them. i don't spend much of my free time with actually playing games these-a-days.

I was never really excited for this, but I was willing to give it a look. And if by some miracle, they made something halfway decent, I may be interested. But at this point, what little interest I had, is all but gone. Several months ago the seemed more than ready to go, and then NOTHING! Honestly, that's a HUGE red flag for me, as it means they where never close to being ready, or what they had ready, isn't that great.

I guess it's no rush, since whatever it is they plan to offer, is probably not losing or gaining ground at this point. Since we never got anything "firm" in regards to specs, or anything else for that matter, they can take their time, and do a reveal if and when this is ever retail worthy.

Apparently Atari Box is not dead, they plan to announce their roll out schedule during GDC this month

In unrelated news, a giant meteor of doom is headed straight for the location of GDC 2018.

They're releasing a new Doom game? ;-)

Ataribox has been renamed to Atari VCS. Press can try out a prototype at GDC. Pre-order date to be announce in a month's time. It's supposedly also using an AMD chip 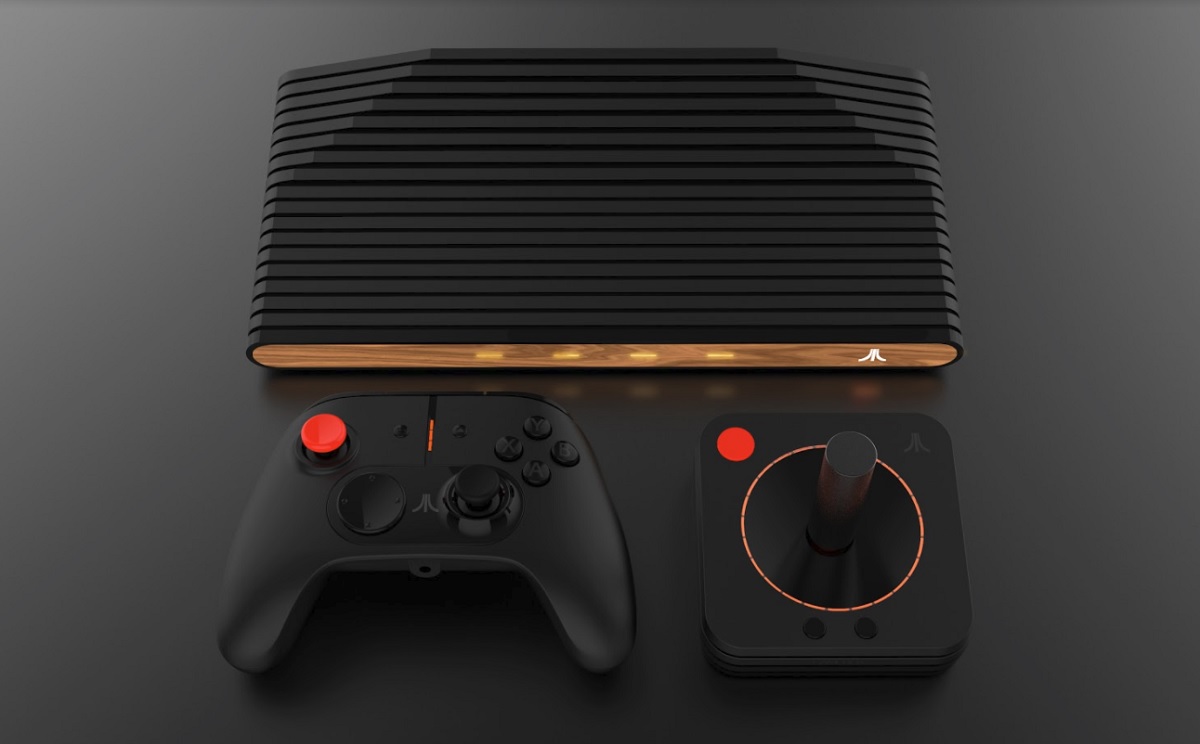 That name seems like it wasn't well thought out and could be confusing.

It's like when Panasonic (I think) released the PSX, despite that being what some of us has been calling the original playstation for years already. Except in this case, it was the original Atari that released the Video Computer System commonly called the VCS (which they later renamed the 2600 after the 5200 released), and its a company using the same name that's releasing this (except in this case the VCS moniker doesn't seem to stand for anything else, just VCS). Guess I'll need the be consistent now in calling the 1970s console the VCS/2600 and this the ataribox/VCS.

Edit: Actually, on mulling it over, I think the PSX was from Sony and was a PS2 combined with a DVR released three years after the PS2 in Japan. The Panasonic thing I think I was thinking of was their Q unit, which was a Gamecube that could also play DVDs, which was fine.
Last edited: Mar 20, 2018

Atari didn’t offer more details on the pricing, components, or other details. It did, however, say earlier that the box would sell for $250 to $300 and include an Intel-based processor running Linux.
Click to expand...

woah I hope thats not really their idea of a competative price for something like that ... for that amount of cash people will expect PS4 capabilities from it

Better than PS4! It sounds like it could play Arcade Realistic games like: "Defender of the Faith"
If you want to play the games, here is a flash emulator: http://www.rockstargames.com/degenatron/
Last edited: Mar 20, 2018

The naming confusion equivalency of the Xbox One

levi said:
Edit: Actually, on mulling it over, I think the PSX was from Sony and was a PS2 combined with a DVR released three years after the PS2 in Japan. The Panasonic thing I think I was thinking of was their Q unit, which was a Gamecube that could also play DVDs, which was fine.
Click to expand...

Yeah, I had the "Q" back in the day, and it's one of my favorite systems of all time, super cool and sexy console. I wish I still had it, and yes, it was by Panasonic.

EDIT: Oops, almost forgot to comment on the system at hand. LOL So, we have about as much info, as we did before with a new pic of the controller, is that about right? It seems like they have no clue, or they are trying to keep this in the spotlight with these news tidbits. But the reality is, most probably don't care. Don't get me wrong, I grew up with Atari and would love to see them return to some level of respect in the industry. I just don't know if this is going to make it happen, or run them out all together. LOL

Some nice pics of the Atari VCS in this article

Nice to see they're still supporting the speakerhat (in the top image).

Seems they brought a non working unit to GDC. CNET got to check it out

There is actually only one reason to ever cancel crowd funding ... license problems or other legal troubles

What bothers me a whole lot more by now than missing hardware is the missing software e.g. custom starter / desktop theme / whatever which they could have presented on any linux laptop ...

The hardware will almost certainly be a generic linux board thats already produced by some chinese company in masses they would be stupid to roll their own for this ...

Wait one second! Does that hat come with it?

This project has FAIL written all over it right now.
From the website above:
Atari still hasn't shared all of the details of the new system, though we have heard that voice commands are on the menu.:

These guys are thinking, "Somehow Ouya got away with it, maybe we can too..."

WOW, this thing is looking like a train-wreck of epic proportions. LOL

I mean, Atari does know they haven't been relevant in decades right? The kind of shit their doing is what "N" would do, but at least they can, and the less they show, the more people want to see. The further along this system seems to get, the less we know, and the less I care. Whomever is running their PR department should be fired, as this seems some hype building exercise that isn't working. As after each new announcement, something else happens to push stuff further back.

I'm 100% positive the crowdfunding amount is going to be insane, and with what they have to show so far, I doubt they get 10% of what's asked for. Tempest 4000 here(hopefully gets a wide release), looks like the only thing worth owning, just like Tempest 2000 on the Jaguar. The further this cat & mouse BS goes, the more I see this company has no clue, and doesn't have enough money to buy one, which means the future does not look good. This is beyond entertaining, if nothing else, and I'm very much looking forward to future updates that scream.......WTF!?

Is their atari-coin already going for sale?

I just don't understand why they went to GDC with this. Absolutely nothing worthwhile to show. We shouldn't really be discussing it at all, but then they went and did this.
You must log in or register to reply here.
Share:
Reddit Pinterest Tumblr WhatsApp Email Link
Top