This is an updated of the previous package (which was Hatari 1.4.0, though a few other builds are floating around in random peoples hands.)


This particular pnd actually includes both Hatari 1.4.0 and 1.6.1 (current), on the off chance you happen to want to run the older one (which can be faster in some circumstances.) 1.6.1 offers a lot of new features and improvements in emulation so is probably where you want to go. I've also included an option to launch 1.6.1 with and without hard drive support, since depending on the TOS version (the Atari ST operating system) you've installed to your SD card, you may get warnings or errors, and depending how you set the many settings you may want to be able to fire it up both ways without fiddling with your settings.


There are a lot of settings in the built in UI; you'll likely want to fiddle with some of them, but I've defaulted most to useful ways.


Press START to bring up the UI (and it shows this on the basic screen, so you know to press it


- you may want to go to Hatari Screen and toggle on Fullscreen; default is windowed mode and I've left that.


- you may want to go to Joysticks and change it to Keyboard and then press your dpad buttons of choice to specify up/down/left/right and fire .. the dpad buttons work fine, but you can set it up however you like (and if you want to use an iCP or other bluetooth controller, you'll want to fiddle around in there. iCP works fine


- you may want to specify a default disk path so that when you hit Browse to pick, it doesn't show you your appdata dir every time .. you can have it point to where you keep ST floppy disk images, or you can just stick those disks into your appdata dir and not sweat it


If you don't know Atari ST .. its a 16/32bit machine, similar to Amiga (ignoring the ST/Amiga flamewars from back in the day -- the ST is the father of the modern 3d RPG genre (see "Dungeon Master", one of the great games of all time, started on the ST) and a huge pile of well done arcade game ports from the mid-80s.


Source: this is mostly a stock build, but there are a half dozen source patches; I've not set up a public git for it, but if anyone should like just ask and I'll stick it up somewhere, or post the diffs. Maybe I should include the diff's in the pnd, that'd make sense since they're small.. 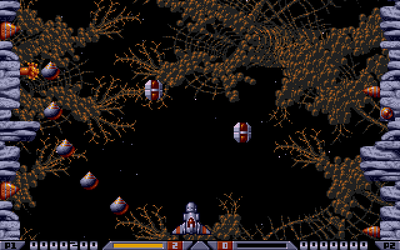 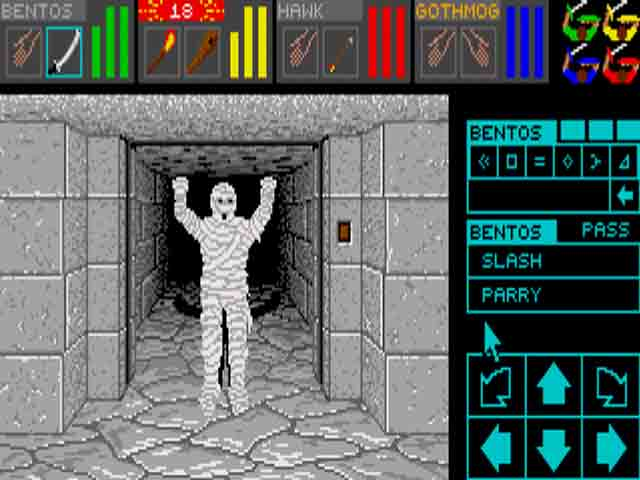 Jeff you are simply amazing! Thanks my friend!!!!


Does this support .STt files? I seem to have lots of these and 1.4 never liked them


Has anyone managed to get Hostages to run in Hatari? It always crashes for me on loading.

Crashes on uae4all too . Love that game

Yeah, it is top game. The only emu I have got to run it on is DOSbox and on that it is a CGA version.


On UAE4ALL I can get it to load but there is an issue with compatibility and you can't play the game - it is a known issue.


Just wondered if anyone had got it run on Hatari as I suspect it bf very similar to the Amiga version.
Last edited by a moderator: Jun 23, 2012

Also I run the Hatari without the HD ( so I don`t need TOS104 ) but it still bugs me that I need it for for HD emulation or something..is that right?


also got three versions of the readme in documents as well...


most of my images are stx and STt.. which I don`t think work with Hatari... I need to convert them I guess!

Jeff, did you read my request post about this? Specifically, the need to remove the necessity of using the touchscreen and/or nubs in the interface. Would be nice if we could have a bit more user-friendliness in the interface, IMO

stainy said:
Crashes on uae4all too . Love that game
Click to expand...

The game starts up here (uae4all), but its not playable. You cant get out of the hiding place alive... get shot every time even in the shadows...

Amazing Jeff! Thanks a lot!

Tried some games (old time favourites like Eliminator, Xenon, stuntcar racer and Speedball) and seems to be stable as a rock. Great job in such a short period of time and thanks a lot for the effort! I like the special harddisk version (I am now looking for some executables to put there).


Very nice. Having the 'patch TOS for faster boot' is a great new feature.


One game I that didn't work for me on 1.3 and still seems to have issues is Obsession pinball (STE). Did someone manage to get it working? Maybe there are some settings and / or Tos version I need to adjust.

Hostages works for me - (Automation disc 95)

Hostages works for me - (Automation disc 95)
Click to expand...

Thanks Asmo, got it working now!

The dbug guys are still active doing patches and development work .. they've got a new 'universal loader' which does some amazing stuff (tricking the OS to load floppy based apps into memory from a hard drive and pretend everything is still on floppy.. its quite tricky, since writebacks to the floppy can't trash the hard drive have to work just so .. and it was all DMA, which is hard to patch.) Anyway, the dbug guys have quite a bit of useful 'games form hard disk' type information. I'm not going to provide a link since the dbug guys, although in it for historian and hacking (in the real sense of the word, not in the modern meaning), but they do of course link to roms on their site.


Most of the reason for the hard drive option (most people will ig nore it it) is so you can fire up applications or 'productive stuff'; Hatari has not half bad midi support so you can even try to use Cubase or Notator or the like to drive midi gear .. I've not tried that on pandora yet, but I bet someone has


zxdunny -- yeah I know .. I don't have the time option to make a whole new UI for it, so at best I could patch this one so you coudl .. ie: like use up/down on dpad to move to prev/next UI element, and left/right to adjust its setting, that sort of thing. But that strikes me as being clumsy, too. Using the stylus doesn't seem too bad to me ... There are a bunch of function keys that do useful things, and a command line interface to drive it. Heck, it offers a TCP port that can control the emu, so writing another UI would likely not be too bad. I just don't think i have the cycles for it

UI could indeed be improved for Pandora use, but it really not that bad. If you save the latest configuration it will start with the last floppy you've attached. Works pretty well and fast.


I was wondering how to use the savestate option "load/save at start-up/exit" on Hatari for the Pandora. On the desktop version after starting hatari it automatically starts the savestate and after exiting it saves the savestate. Usually I am playing one game for a while so this is a nice feature but it doesn't seem to work on any of your ported versions.


In the cfg file it is saved so it should work I guess...


(BTW. I also tried to change the szMemoryCaptureFileName to auto.sav and saved the cfg. unfortunately didn't work)


If that works it would also be possible to have separate icons in minimenu for easy access to some favourite games on Hatari http://www.atari-for...hp?f=51&t=22422
Last edited by a moderator: Jun 24, 2012


Great work with this.


I have found a little bug. Although I have set the default folder for the ROMs the first floppy drive always defaults to the utmp folder.


Is this something intentional?


Just thought I would ask.

I've altered it so that instead of defaulting to some crazy path, to default to the disks/ dir in appdata, but if you over-ride that and hit Save Config, it should then take your saved value instead. (It usedf to work in 1.4, anyway, should work in 1.6.1 as I applied the same patches.) Make sure to Save Config..


Let me know if not

Works for me, he probably forgot to save config


And what about the load/save state at start Jeff? Is this a bug or am I missing something.

I didn't touch any code there, so probably a bug in Hatari; I've not had time to check it I'm afraid ..

Thanks skeezix I've been silently hoping for an update, it'll be interesting to see if MIDI is performing any better. Probably not though, as it doesn't perform well on the Pandora at all for some reason.


My old config isn't working as it used to under the old version. Boots into a widescreen, highres desktop no worries, but something different is happening when I launch Cubase and it just hangs. I need to try it again under the old version to compare, maybe narrow down what's different.
You must log in or register to reply here.
Share:
Reddit Pinterest Tumblr WhatsApp Email Link
Top