Your Votes for the [ Significant Improvement ] Category

Ok guys this is going to be a difficult category, hence the reason why I kept this poll as the last one to go online. This is not just about choosing your favorite entry here, but trying to judge and choose which of the entries was the most significantly improved through the update or additional work done by the participant. Look carefully at the descriptions and comments below regarding the updates, before making your choices, and of course are you are strongly advised to test all entries before casting your vote.

Pandora Image Viewer is a fast image viewer, optimized for large JPEG files (e.g. from a digital camera). It has all the basic functionality to get you from an SD card full of holiday pictures to a web gallery of selected images.

A feature that has been requested a lot, but was still missing from PIV, is thumbnail navigation. This can be quite practical when sorting out a collection of hundreds of pictures. In the new thumbnail mode, PIV can show 2, 6, 12, 20, 30, ... up to 320 thumbnails per screen, in a simple but nice 2D grid without any clutter. It does not pollute your card with a thumbnail cache like some other viewers -- instead, it uses the embedded previews that are usually available in big image files.

With this addition, PIV now really turns a Pandora into a great tool for amateur or even professional photographers to view and process their photos on the go.

ZDoom is an enhanced port of the official DOOM source code to Win32. As such, it not only works with (and requires) Windows 95/NT 4.0 (well, it runs on Linux too now), but it also adds new features not found in the version published by id Software.

Being a DooM, I thought that this one would be a quick and easy port. How wrong I was. ZDooM is a huge engine, with many options and dependancies. One of them was FMOD. I tried to get FMOD running on the Pandora but gave up, and finally used the OpenAL port that has been done on an branch and put that in the current version. After some work I got vanilla ZDooM running. But then I realized I needed a minimal GUI for it, and especially to select some additional WAD/PK3 because ZDooM is the king of mod DooM engine. I finally found an opensource GUI (abandoned it seems) that I could alter to add some Pandora specific setting. Enyo-doom is QT4 again, and after some fighting, I got a version where I could have some per-games settings, including Pandora Nubs & Drivers. 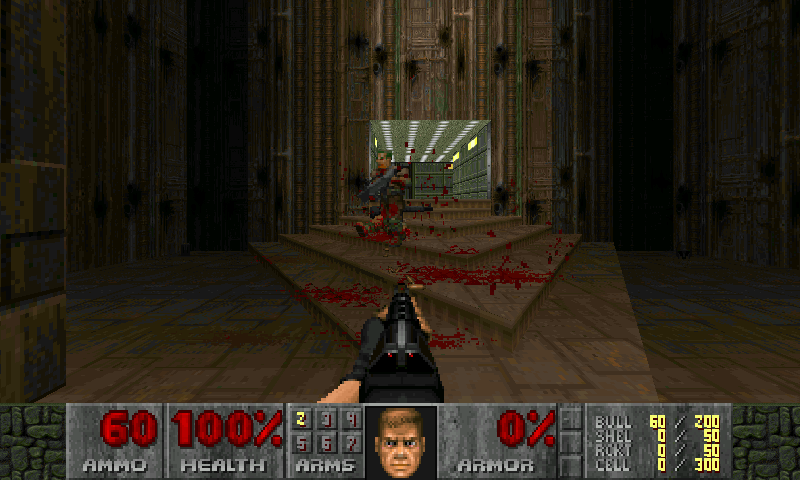 Atari 2600 VCS emulator. Relive the days you spent as a child in front of the TV set "playing Atari"

I'm coding demos for the Atari 2600 VCS, and I always wanted to have a 2600 in my pocket, more for watching and showing demos than "just" playing very old games. It was the first CPU based system I ever owned, sold it later to buy a C64 and started to learn coding there. It still is the most retro platform you can start hacking on without spending big bucks. The problem was that the Pandora is capable of running Stella in general, but there is a nasty bug in the Stella code that crashes the application when running a PAL game or demo ROM. More than 90% of all scene demos are written for PAL systems, so the original idea I bought the Pandora for was not working. This lead to a long Saturday of setting up a development system and debugging Stella. Once this was done, I also wanted to bring the most retro experience to a broad audience, so I included a simple downloader for open available ROM packs covering three categories: original ROMs from "back then" when the 2600 was produced, Homebrew stuff that was developed afterwards and of cause the scene demos I wanted to see on the console. 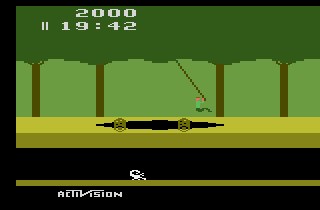 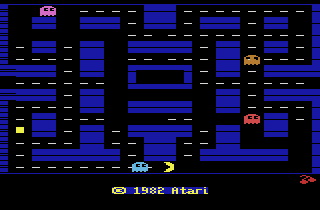 Here are some demos that can run on Stella now:

Could you change the screenshot for PIV to this one please?

It's more representative of what the thumbnail navigation looks like, the screenshot you used is from a work-in-progress version.

_wb_ said:
Could you change the screenshot for PIV to this one please?

It's more representative of what the thumbnail navigation looks like, the screenshot you used is from a work-in-progress version.
Click to expand...

Can you pin this thread for me as well ?

Oh mine is not in?

Ok i know i was one Day too late.

ingoreis said:
Oh mine is not in?

Yeah, sorry about that... Can you check with ED if we can still make it acceptable ?

I takes often a long Time to communicate with ED.

Maybe he read this.

I am sorry for that Release Date but i had many many Private Problems and never the right Time before.

Even in my Holiday had i unfortunaly no Time.

It would ne nice when i can come in to the Voting.

Sunday was last Day for releasing and i was kidnapped from my mother to solve many private Problems.

Have now not such Problems more and i feel very better.

And thats because i released it one Day later.

When not is it ok too,there was a Deadline and its my fault.

I'm perfectly fine with anything.

I let ekianjo organize everything, since I didn't have the time to take care of everything, so I'll let him decide such things.

ingoreis said:
It would ne nice when i can come in to the Voting. Sunday was last Day for releasing and i was kidnapped from my mother to solve many private Problems. Have now not such Problems more and i feel very better. And thats because i released it one Day later.
Click to expand...

OK, I will add you to the vote. After all you obviously released something before as a .rar even if the PND was a day late. I just hope all the other participants will not consider it to be unfair.

Note to ALL: Another entry has been added to the list. You can still "delete your vote" and change it if you want to vote for the newer entry instead.

Sorry for the inconvenience.

Thank Godness
Thank you for let me in as a Last Minute Entry.
Yes that is right,i released the Qcow Image File for the Qemu PND but i build it Monday inside one PND with Qemu.

I'd like to add some correction to the description.

I'm not presenting the SL4P-pack SD installer with repo link as there's no improvements on it.

Update on the Repo,now should work more.

It was maybe a little error ^_^

Linux-SWAT said:
I'm not presenting the SL4P-pack SD installer with repo link as there's no improvements on it.
Click to expand...

Ah a shame,such a good Software from you
I wished a Custom tar.gz installer for Testings and


a Pandora Reflash Card Builder inside this


However good work,you have it got and we have a Complete OS for the Pandora and its getting better and better everytime


Soleil is very interesting too but i dont have the Knowledge to get it run here.


Tried a bit with it,but not worked here.


Networking Things to Configurate alle are complicated for me.

Work fine on my pandora

thx for release this package!

Love the many many dos collection

Hi and Thx but wrong Thread here for writing this

When you have Questions or maybe Games what you want to add,

please write them in this Thread here:

The other have very good Entrys here too,i recommend to try the new Slackware OS too.

Its a Complete OS for the Pandora.

Here are 4 Way to get it run on your Pandora

Slackware is from Linux Swat for us all here.

Or the Picture Viewer,its so faaaast,realy incredible fast and easy to use ^_^
Last edited by a moderator: Feb 6, 2016

Eki can you make the changes please ?

It's inducing quick readers into thinking it's just an installer.

Linux-SWAT said:
Eki can you make the changes please ?

It's inducing quick readers into thinking it's just an installer.
Click to expand...

OK, made the changes.