* Topic copied from the GP2X boards *


This game is called Skylark and is basically a RPG platformer with lots of monsters and lots of items and stats advancement. Skylark came 6th in the RIOT digital competition -a good result which gave many people the chance to try out the demo.


*Note that this is a commercial game, hence only a demo is available.


A man by the name Borealis, finds a young boy out in the woods, alone in the night, forsaken to his own dreary fate. The man takes the child in and cares for him. The boy seems to have an odd relation to birds, which all around befriends him where ever he goes. Hence, he names the boy Skylark. Twenty years later, Borealis gets brutally murdered by an unknown assailant. Once Skylark discovers the murderer's identity, he traces the assailant for days to an old castle, far out into the ancient woods. Skylark ventures deep into the castle, to hunt down his father's murderer. Not knowing what secrets and dangers that awaits him, he will soon discover his higher purpose, and that he is the only one who can seal the dark force that is stirring in the heart of the old castle.


Your goal is to advance further into the castle, through each of the rooms, but you can always backtrack to where you have previously been. Skylark has your normal RPG stats and level progression system, and as you kill monsters you will gain experience and level up. Your stats determine your attack and defense rate. You can also find items through out the game like swords, shields and armors that you can equip to enhance your basic stats. There are several magic Tomes hidden in the castle that you will find, and these Tomes are used as skills/magic. But to use a Tome it costs Action Points and another resource called Eyes, which are basically human eyes that are used as vessels for magic energy to cast Tome spells. These eyes were infused with magic by an ancient order of black mages, that practised their rituals inside the castle, in order to contain more energy for their rituals and spells. The eyes came from human sacrifices to the Dark One.


Ultimately, you must find the 3 magic Lenses, hidden in the castle, that can be used to restore the Dark One's powers or seal them in forever.


You can carry 30 items in your inventory, but will be able to sell items that you don't need. All items in the game are dynamically generated within 6 categories (swords, shields, armors, helmets, consumable, accessories). So, you might find an item in one game run that you didn't find in a previous, due to the unique way they are generated. 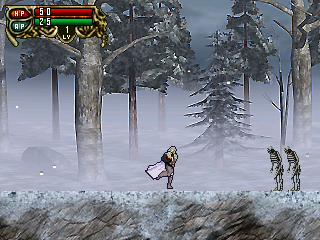 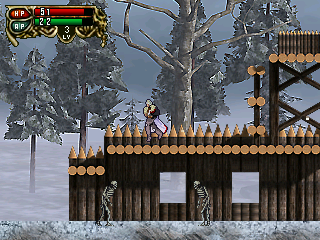 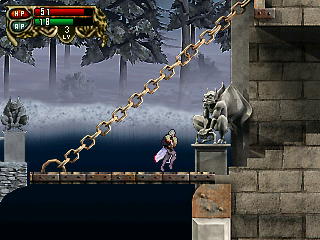 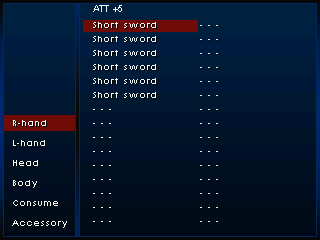 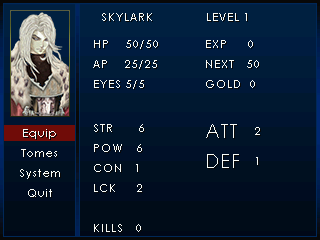 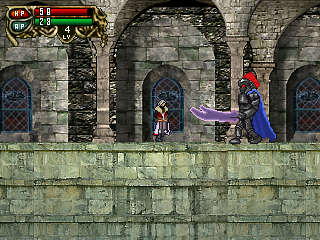 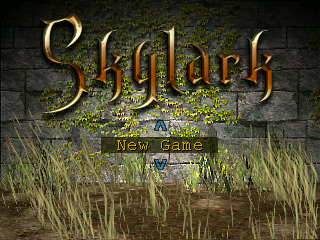 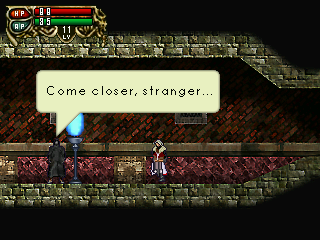 
The Skylark demo is available for Caanoo and Pandora (BUILD 1 for the competition).


There are some minor bugs in this version, but you may not even notice them.


NOTE: As the Pandora is a much more powerful device, it have allowed me to use nicer graphics filtering in the Pandora version, which makes the graphics look a lot smoother. It also has twice the in-game resolution than the Caanoo version.
Last edited by a moderator: Jul 25, 2012

The realistic backgrounds in this game try to push more detail than they can in my opinion. This creates a sharp contrast between the background and the foreground (player, health bars, etc..) which gives it an overall messy and unfinished look. I.e. they don't fit well together (based on the demo which was submitted to the RIOT).


I'm a big fan of the genre and I hope to see it involve into a good game, though it has a long way to go if it tries to compete with similar commercial titles. For a homebrew game the lower quality is acceptable, but for a commercial title the gameplay of the demo was way too plain.


What is the defining differentiation of your game going to be? What will it do better than the Metroidvanias?

How will the Pandora version be released commercially? That ought to be interesting to see.

you should really pnd this game up if you expect people to play it on pandora, the how to install documentation is useless to most people

DaMummy said:
you should really pnd this game up if you expect people to play it on pandora, the how to install documentation is useless to most people
Click to expand...

What's so useless about it? Just run the sh-file and you are good to play. Doesn't get much more simple than that. I will make a pnd later. I didn't know how to at the time.
Last edited by a moderator: Aug 5, 2011

I see I haven't updated this topic in a while.


Some great progress has been made with quite a few new and interesting features added over the last couple of months to Skylark. Am looking forward to sharing it all with you very soon as the release is nearing.


One of these added features is the ability for the player to do critical hits based on the player's stats. I believe this is a must have for a RPG. Also, the combat has been slightly spiced up to give it some edge and eliminate the feeling of simple button mashing. In addition to the critical hits, the player attack style randomly varies from a simple swing of the sword to a more powerful power swing which delivers damage on a greater range. The damage has also been balanced for consistency between hits on enemies.