I'm after a few brave souls to beta test the 320x240 version of School Panic. The plan is that this version will be released for low resolution devices such as the GP2X, Wiz, and Caanoo. This game uses Onscripter so pretty much anything that has an Onscripter port should be able to run it.

There is some bad news. I haven't had my Caanoo with me so I haven't been able to remove any of the GP2X specific bugs. The plan is for me to finish this version as much as possible so that when I get my Caanoo back at the end of the year it'll be a simple matter of removing those platform specific bugs and releasing. If your wondering I've been testing this 320x240 version fullscreen on a 22inch LCD. Takes me back to the DOS days.

And now for some details about the game:

School Panic is set at Coorandale High School. A place where house rivalries are taken to a whole new level. The game follows the experiences of Drago Pain (working name) as he and his house get unsuspectingly caught up in the middle of a feud between the Green Geckos (Green House) and the Red Ribbons (Red House). There will be love, loss, betrayal, school work, practical jokes, and gossip. Plenty of gossip.


Alkirah House​
Our protagonist's house, Alkirah, has a long and proud history. Unfortunately the house's influence has declined in recent years. It will be up to Drago and his friends to restore the house to it's former glory.


Ribbon House​
Members of Red Ribbon take themselves very seriously. They each wear a red ribbon and focus on gaining unfair advantages over the other houses.


Gecko House​
The Green Geckos are seen by many as trouble makers, and take special interest in the affairs of both the school and Red House. Members of Green House hate having restrictions force upon them, especially ones claimed to be for their own good. Green House run an underground smuggle operation, selling banned food and drink within school grounds.


Blue House​
To the outside observer Blue House is nothing more then a list of disinterested people on a roster. There is no common room, no organisation, and no fellowship. To the members of Blue House, this means freedom. Freedom to do whatever they want. While it is rare for members of Green, Red, and Yellow houses to mingle together, its perfectly normal to find members of Blue House crossing inter-house barriers. This is helped a little by Blue House members rarely wearing items that identify their house, however it is mainly due to other houses not having any kind of rivalry with Blue (since to them Blue House exists in name only). 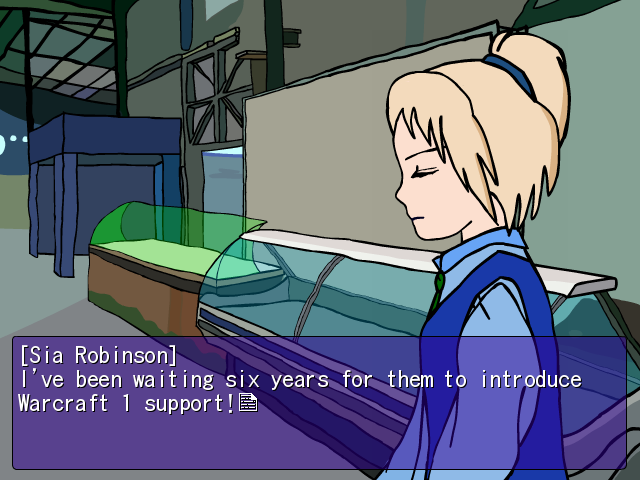 Why are you in such a bad mood all of a sudden?​
You don't understand a girl's heart at all!​
A round about girl who often frustrates her teacher by liberally interpreting her English assignments. As a recent transfer student to Coorandale, she is still naive about the house rivalries and can sometimes be mislead. Sia is a member of the school Netball team where she represents Alkirah. She has an irrational fear of butterflies and can often be found tagging alongside Drago.


Robbie Tater​
The Alkirah spirit has been dying.​
I hear that Drago Pain has been creeping around the girls' change rooms.​
The male captain of Alkirah House. Robbie Tater is a kind and outgoing individual who is always willing to drop everything to help his subordinates. While he always tries to be cheerful, he does have some angst about the future of his house.


Yellow​
Are you saying my idea about the giant explosion that kills everyone is anticlimactic?​
I just always get the impression that I've done something wrong.​
An old friend of Drago. He sits next to him during English, and they occasionally play cards together. Like Drago, he is a member of Alkirah House, but is becoming increasingly less interested in the house's affairs.


Aya Hiroshiege​
Let's awaken the deviant I know is inside you!​
I knew you'd come through for me! I could just kiss you! I'll restrain myself though.​
Lucas Kage​ 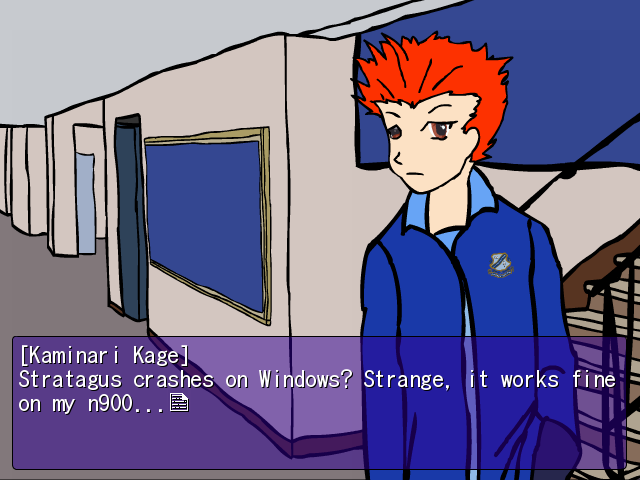 Aya's already drunk half of it.​
At least I didn't get beat up by a girl.​
Lucas Kage is a bastard. Both literally and figuratively. Born into a noble family, his illegitimacy brought with it the scorn of both his step-mother and his extended family. Kage seeks to prove himself by gathering enough support to become the vice captain of Red House. Like many Red House students he plays Soccer. 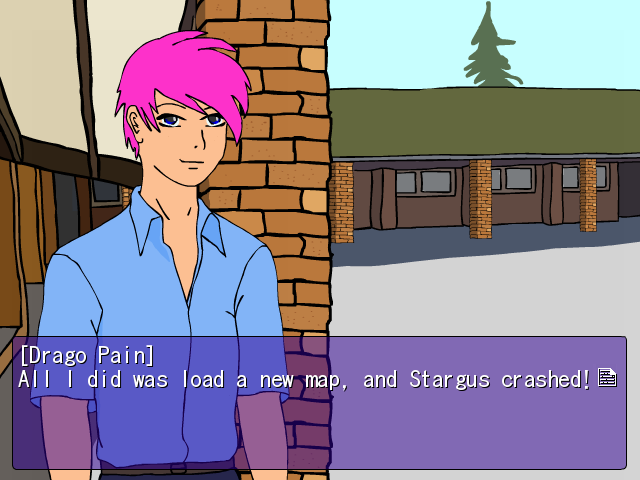 I'm Jarrah Stone, son of a preacher man!​
Just a few days ago she had you eating out of her hand.​
Combat Dummy​
...​
...​
Combat Dummy is an abused scarecrow. He spends his days in the Green House sparring room along with the rest of his scarecrow family. Combat Dummy is incredibly submission and shows no sign of aspiration.

If you want to participate in this closed beta test just drop me a line.
L

Drop you a line here or per PM?

Either or. Just leave any feedback you might have in this thread. I don't mind if it's to love it or hate it, but just be sure to tell me why. I've had a few people say they really liked it, but so far none of them have elaborated specifically on what they liked.
You must log in or register to reply here.
Share:
Reddit Pinterest Tumblr WhatsApp Email Link
Top