On the cromulency of pedancy and other questions of English languacy, a quest for our common joy and enlightenment.

TeDaDeS said:
It was my first hit on google when searching for it. Probably it's because you summarized all the important keywords.
Click to expand...

Aww... my Google did show other stuff first... Well... ting ting, we have a winner! *croud goes wild*
First price to @TeDaDeS: A Pyra do-it-yourself NFT!!!

Here is the link: https://beincrypto.com/learn/how-to-make-an-nft
Congratulations!

FBnil said:
And to stay somewhat on topic: Is it cromulent to say "thank you in advance", just to save one empty email/msg thanking afterwards. 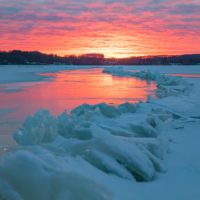 Never end your email with “Thanks in advance”

In my opinion, saying thanks in advance is okay so long as you do actually thank the answerer if they give a good answer. If should never be used to absolve yourself of that duty, so to me the question is do you reward a good answer or not regardless of how you start the question.
P

So that's why I'll never learn Old English. [in case someone doesn't know the pun is in the hover text].

I Wonder, why is BMW pronounced as „BE Ähm Double Ju“ ??
I mean why is it so hard for the English Speaking Part of the World to say: „W“ (We)
It’s also in George Double Ju Bush and others…

matzesu said:
Wonder, why is BMW pronounced as „BE Ähm Double Ju“ ??
Click to expand...

You should probably be asking their marketing department that, as this is how it's pronounced in their advertising.

It’s only advertised that in the English speaking countries,
In Germany it „Bee em wee“ , and who made the advertisement of George Bush ?

matzesu said:
I mean why is it so hard for the English Speaking Part of the World to say: „W“ (We)
Click to expand...

There are a number of letters where their names don't agree with how they sound, most obvious to me 'H' (which is pronounced 'aitch'). You never say aitchotel or caitchat, when you mean hotel or chat.

Ask a German how they pronounce 'y'.
C

matzesu said:
It’s only advertised that in the English speaking countries,
In Germany it „Bee em wee“ , and who made the advertisement of George Bush ?

Bee-Em-Wee would be dreadful for marketing in English, as Wee is a euphemism used by adults when talking to children, or people of sensitive dispositions, to mean urine, or piss. Not ideal in a 'prestige' car name. In the Scottish dialect of English is also means 'small', or minor.

Djoga'Ro said:
Ask a German how they pronounce 'y'.
Click to expand...

Ha! Ask anyone doesn't have English as a language learned while young, or Icelandic to pronounce th, as in 'the theatre', or say the tongue twister 'Three thousand three hundred and thirty three feathers on a thrush's throat.

Y is „üpsilon“ in German ^^ Or „Icrek“ in French if I remember correctly..

Although I’m not that big van of BMW Anyway: they ditnt made a 125 ccm Motorcycle (only the C1 which was a cool Cap Scooter which was allowed to drive whiteout Helmet in Germany) , but was Heavy, and Expensive and was canceled not long ago it was brought to Market..
they also „invented „ the X6, my nemesis in the Car World..
In the 50tes they made the Isetta, which was cool as it’s door was in Front, and the Concept was the same like on the Smart ^^
But like I said, It’s Wee ..
C

Oh, and hopefully I have not offended any fluent German speakers: The English speakers have no right to complain about people mispronouncing English if they can't speak as least as well in a foreign language as foreigners can in English. I speak three-and-a-bit languages other than English, and I am always made humble by the efforts made by people speaking English they learned after infancy.
Last edited: Jan 14, 2022

don't forget the acronym www which is three times as many syllables as the actual words. In English of course.

Do you really say "sechsmal Vau" ?

I seem to remember people did just say we-we-we in some language. Was it German?

Normally for 'www' in english we actually say Dubble Yudubble Yudubble You, which I count as 6 syllables. Still more than 'world wide web', but if you said that how would anyone know to type three w's instead of those words.

matzesu said:
So you mean 6 times ju??
Click to expand...

that took me a while to get...

remember in the 90s 'fahrvergnügen' became a thing in America. pretty damn dumb.

Now, the double-u comes from the time that we wrote like: Claudivs Aurelivs, and the v was a longer u ("ooh/u") sound.
But the sound for double-u is not like that at all. Isn't it time to call it double v ? vv = w ( as they are phonetically and visually more similar)
or more logically call it "why", as in: ex why zet (the American way - in return the Americans call their game Rugby and Football comes to mean what all other countries mean by football - so we can have a Fifa Football and Pro Evolution Football and Sensible Football on our game consoles)

And when that is fixed, why not write double-u as uu instead of vv? Just like the Dutch! Dutch has "uu" as a separate phonemic, a sound that does not exist in English. It resembles much the Japanese "u" and the German "ü" (although ü is a little bit shorter).

Here's some links to hear how it sounds:

Mapping sounds from one to another language is hard. Especially when you consider that there are dialects and there is not a real official pronunciation (they tried to, but different cities have different pronounciations and they all say they are the official one).

In lots of handwriting, double-u is literally written like that with two bowled loops. It's just the way that fonts have developed that it's ended up looking more like a double-v. And you can't call it 'why' because that's already taken by Y.

The alphabet would end up being:
vee why ex why zed
You must log in or register to reply here.

D
New versions of Echo for Wiz and Caanoo (and PC)

A
Use of GPU on OMAP, drivers and their status