JDTAY said:
Interesting news from Nintendo Life: Most of the team behind Earthworm Jim 1 and 2 have reassembled to make Earthworm Jim 3, and it will be an Amico exclusive.
Click to expand...

Anyway, I like the guy talking, I'm still not sure what they will obtain but at least seems to have ideas pretty clear.

The Intellivision YouTube channel did a stream today about Earthworm Jim, but I'm not sure I wanna post it. It's just that it's kinda sad to see a roomful of guys who were once prime techies be unable to figure out how modern streaming audio works for over eight and a half minutes.

One thing about the stream I couldn't go without mentioning though, I just love the shape of Doug TenNapel's face. Humans have been losing testosterone over the last few generations, but you can tell the dude is packed with it, just by looking at his darn face.

In contrast, my face isn't nearly as manly, beard notwithstanding. Also, the fact that I'm giddy about another man's face isn't quite so manly itself. Man, I feel like I should go lift something heavy right now to restore my reputation.

JDTAY said:
Humans have been losing testosterone over the last few generations
Click to expand...

Not to derail but I just had to be all... that is not true. At all. Like... where does that idea even come from? That is one of the least true things I've ever heard you say, and you've said a lot of very questionable things in the last few months. That is some flat-earth level conspiracy nonsense.
And that is literally the only thing I will say on that.

WizardStan said:
Not to derail but I just had to be all... that is not true. At all. Like... where does that idea even come from? That is one of the least true things I've ever heard you say, and you've said a lot of very questionable things in the last few months. That is some flat-earth level conspiracy nonsense.
And that is literally the only thing I will say on that.
Click to expand...

Maybe he is referring to this -> https://uk.reuters.com/article/health-testosterone-levels-dc-idUKKIM16976320061101

Not that testosterone levels at age 65 are likely to have any influence over facial appearances at whatever age Doug Tennapel is at the moment. But I can see how both JDTAY's position as well as WizardStan's are based on a certain reading of the current evidence, which if only that linked by vcoleiro1 is incomplete at best.

You guys don't have to defend me, I'm probably wrong here. I mean, this sorta thing happens to me quite a bit.

It's more that the study is wrong, the sample is poor, and the conclusion is bad. It's bad science applied dangerously.

Perhaps the most interesting piece of info is that Google Stadia inspired them to make physical game releases available for Amico. Take that, Stadia!

Since all the games for this system are $3 to $8 though, it makes me wonder how they'll justify the needed markup for physical. Maybe the games will come on amiibo-like toys? Would be fun.

JDTAY said:
Maybe the games will come on amiibo-like toys?
Click to expand...

That'd be awesome. I'd pay $20 for a figure+game. You mean, like, the game in some kind of NFC on the figure, right?
.
.
.
I just had an idea. I should probably stop drinking before I think it's a good one.

Cool toys are cool. Cool toys with games are better.

I will start drinking so I can come up with ideas.

Intellivision created a European headquarters in Germany, and has seven Bavarian studios working on eleven games total for Amico, according to VentureBeat.

And here I thought Pyra was going to be the most German gaming device on the planet...

It's Gamescom time, and obviously the first thing you guys were thinking about news for was the Intellivision Amico. Well, here it is.

There's a trailer there showing some games footage, including what looks like Ecco the Dolphin footage at the very end.

I must admit, and I know these assets will all have been tarted up with the marketing stick, but those are not 2d games as I was thinking of them. They all look like 2.5D games running on something more powerful than a PS2 for example.

The only question for me really is whether they've successfully captured the old 2D controls of that type of game. I'm not sure if the controller is a circular d-pad or a spinner, and whether it's also touchscreen controlled. For now I'm actually pleasantly surprised at this, and will be receptive to any more information you guys post here.

Also, they seem to have been bitten by the wrong aspect ratio screen thing too, except they seem to have ended up with a landscape screen when they wanted a portrait one, not the other way round like EvilDragon did with the Pyra, judging by the standby screen they show in that video.

Man, everything I see and hear about Amico makes me more hyped for it, but I still can't get over the fact that I have no friends to play it with. I think my dream console is something like Amico, but without the focus on multiplayer.

They're doing a lot better job than Atari, in my opinion.
From the very beginning I thought this sounds like a good idea 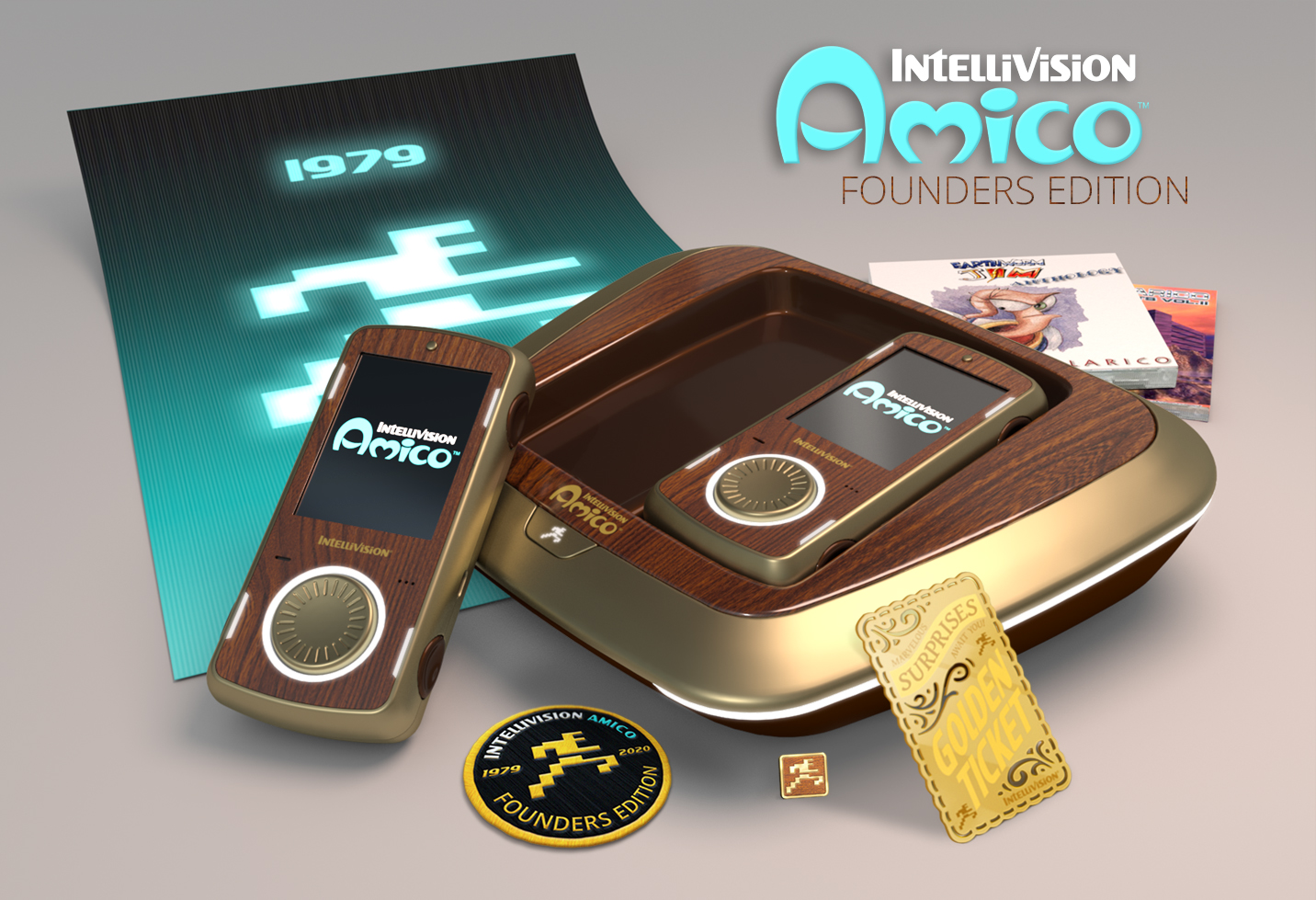 Drip drip drip....
You must log in or register to reply here.