Hey, long time no speak, it's been 10 years since I first joined this site.

I got my GP32 BLU down from the loft yesterday and thought I'd have a go.

The unit turns on (red light) but the screen appears blank. Nothing happens.

It was stored very well, and has suffered no damage.

Anyone know what it could be? 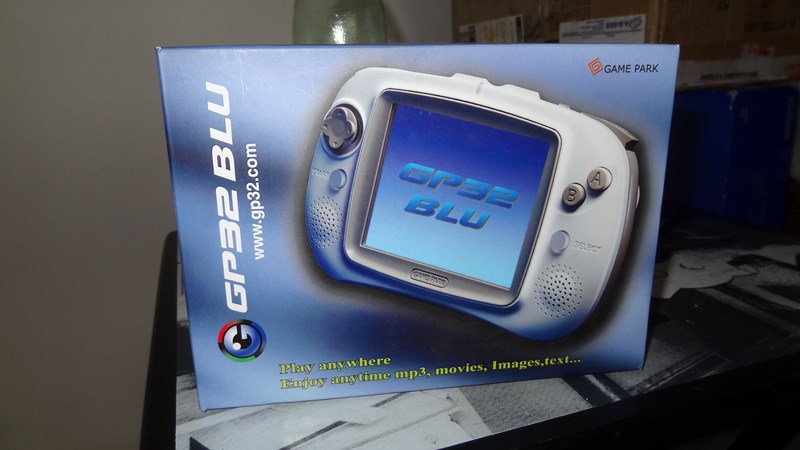 How did you power it, batteries (rechargeable or non-rechargeable ?) or mains adapter ,hopefully using the correct polarity and voltage (which is 3 Volt - Centre Negative) ?.
K

Not knowing the conditions of the loft, and the atmospherics that your unit may have been subjected to hot/cold cycles. There is a possibility of oxidization of the contacts (though very remote).

(The unit would cool, moisture would condensate, then with heat corrode. Again this should be very remote as the contacts in a GP32, are well made).

If your loft, is not of the type which has had some form of conversion, and the GP32, had been stored over winter then I would let it air and breath, to let any moisture that could have settled evaporate, before putting in the cells so as to avoid any short circuit type situation from trapped moisture, so please do make sure it is allowed to air dry for a couple of days after coming down from the loft.

Hopefully there is no bug in residence (just kidding).
Last edited by a moderator: Dec 19, 2015
K

OK mate, will do.

The GP32 was in a sealed bag too, and obviously boxed. It has been up there 'years' though.

Will leave it and come back on the thread in a few days to let you know, hopefully it will work!
K

So, here are the symptoms, using brand new batteries:

- Red LED light turns on.
- Screen or back lighting doesn't turn on.
- No sound or anything running in the background.

Tried different batteries, and booting with no card.

Okay, thanks for getting back...

How positive was the switching action?

Did you flick it across in a deliberate way, I linked to the other thread hinting at the switch sticking, so could you try it multiple times to clear the contacts, then also in a positive way across it's full travel until it stops to ensure engagement. May sound odd, and doing this may feel peculiar, but this is an issue that I've had, and this was my lazy cure.

I have a GP32 that behaves in a similar way but works perfectly from a power supply.

If you don't have the "official GP32 or GP2x one" (they are the same), make sure that if you find one with the right plug that it's "negative" voltage in the middle pin. Most of adapters are "positive" for the middle pin.
K

No Asteroid, unfortunately that didn't work.

I haven't got a power adapter unfortunately, what exactly am I looking for as I have a load of adapters in the loft...

edit: Ah, ok, I've read in the manual what I need...but concerned about the + - requirments. How do I know what the adapter is?

You could also (with extreme caution) use a universal adapter that has either the option to flick a switch to change polarity or one that accepts multiple (changeable) tips that can be connected one way, or rotated through 180 degrees and connected that way. they usually have some kind of indicator on the (outer plastic/rubber sheath) of the male and female parts that plug together indicating which way round you need to connect them to achieve a particular polarity.

BE VERY CAREFUL AND THOROUGH THAT YOU HAVE CHECK EVERYTHING IS CORRECT, INCLUDING THE 3 VOLT SWITCH BEFORE YOU 'TURN ON' YOUR GP32. I MEAN REALLY CHECKED if you decide to go with the second option above. I really honestly can not stress this enough, as i have killed one of my own GP32's through doing this. I used that particular power supply for months without any problems. Then one moment of lacks concentration and BOOM (theoretically anyway), because i had been using it previously with another device that needed a higher voltage and required centre positive polarity. Stupid me. :-(

The pictorial indicator on the power supply should look something like this for CENTRE NEGATIVE +(o- which is what you want for the GP32.

The pictorial indicator on the power supply should look something like this for CENTRE POSITIVE -(o+ which is NOT what you want.

Hope this is clear. Any help, just ask.

Sorry to hear, that what worked for me flopped for you.

I hope Slaanesh's solution works though, so good luck with finding a PSU.

Please let us know the outcome, as it also helps other GP32 owners.

Thanks for not giving up.
You must log in or register to reply here.