I have a load of C64 stuff in the loft that I would like to pass on. This is the hardware.

I'm not good with C64 and this is all untested but from a known good source (family). It's in stored condition, some of it is a bit crusty.

I'm not selling, if you have an interest I will post out at your expense and my free time. If anything here is worth a fortune (doubt it) be nice, buy me a drink or something.

Payment for postage can be made with Dragonbox.de vouchers or trade with UMPC related stuff. 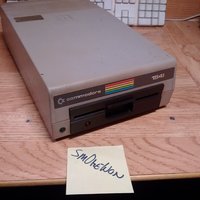 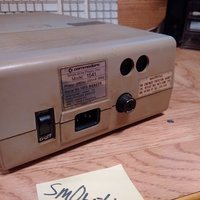 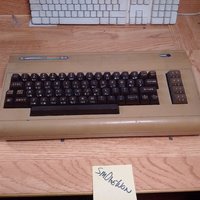 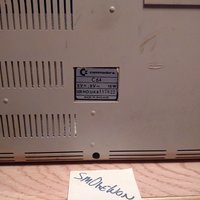 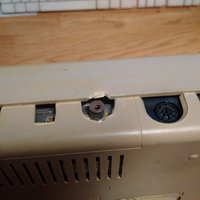 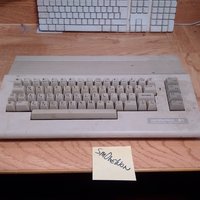 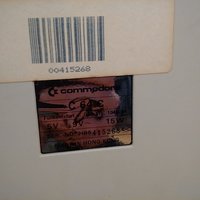 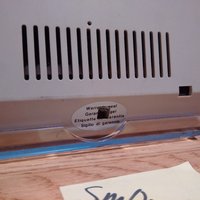 C64 (that warranty seal was intact, I put my finger through it) - Claimed 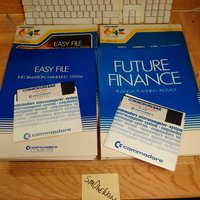 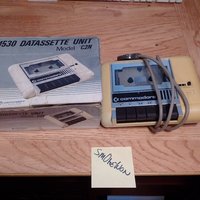 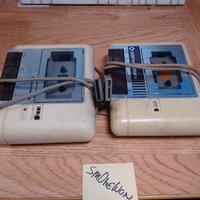 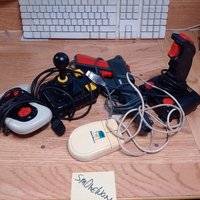 Stuff - The 2 joysticks are claimed 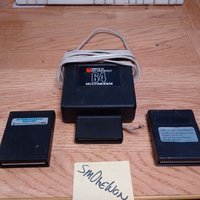 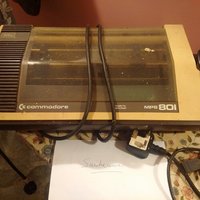 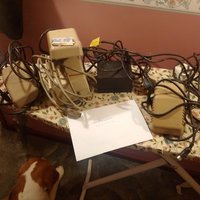 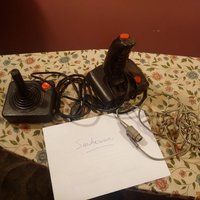 Joysticks and an audio cable?

If you can cram it in, I'd take that yellowish competition pro joystick aswell.

Where are you located so we can get a quote on shippin to Germany?

BTW: I'd gladly pay a little extra for your troubles and for offering to pass this on!

What is that final cartridge?
?

hey there, thanks for answering so quickly!

final cartridge is that black cartridge on the right in the last foto. It's also printed on the silver label on the cart.

I meant what does it do?

I guess it was a fastloader, there were multiple versions:
https://en.wikipedia.org/wiki/The_Final_Cartridge_III

I might be interested in the breadbin (and cables?) if it hasn't been claimed. Depends on shipping costs and other region specific things.

Edit:
I guess I would need the other tape thingy to feed it until I got something more modern for it, so that too if it is available (and shipping, and it works here with my TVs/monitors, etc.).

The games and books are probably worth listing. I wouldn't mind some technical books.
Last edited: Feb 11, 2017

I suppose it's too late to ask for the floppy drive.

I finished 3rd on CommodoreMania Compo and the prize is a game on a 5.25" disk.

Anyway, i'm intrigued about the games/technical books too, maybe they are not preserved.

What country are you based in?
I'm also interested in either of the actual machines (with preference on the breadbin). Do they come with the cables/power supplies?

nice gear you have there, as always i'm waaay too late for reading the forum, so to all who have luck getting one of this gems, have fun!

pmprog said:
What country are you based in?
I'm also interested in either of the actual machines (with preference on the breadbin). Do they come with the cables/power supplies?
Click to expand...

Yes, it would help us to know your country, @sm0kew0n, or at least the continent. Also wondering about the cables and such.
S

Hi all. I'm in UK. Some stuff has been claimed, I'll update the op later when I'm on the 'puter. Cheers.

I've updated it now, sorry @rygD @canseco @pmprog those have been nabbed!

I will put the software and books in separate thread soon.
Last edited: Feb 11, 2017

Shame about the floppy drive, but i see someone else asked for it before, my fault.

Then i would like to claim the lightgun, mouse and gamepad if still avalaible.
S

No problem @canseco send me pm with your postal details and I'll get a quote.

TeDaDeS said:
I guess it was a fastloader, there were multiple versions:
https://en.wikipedia.org/wiki/The_Final_Cartridge_III
Click to expand...

More than a fastloader! It has an assembly monitor and a freezer. So you can stop execution of a program and take a look at what's going on inside RAM.
S

I found the manual for that as well!

I hope that printer gets a nice home. Is it dot matrix?

(Although I have no use for it, I sometimes imagine getting an Apple II printer and just enjoying the sound.)

The Final Cartridge: ... and save the game at that point (dump all the memory to floppy), so you could continue later... (or use a cruncher and add a loader and "crack" it)... or add more lives if you knew the poke code (memory address where the lifes were)
Last edited: Feb 15, 2017

Final cartridge III was decent, Action Replay 6 was better though
Now I don't use either of my old cartridges anymore, just my 1541UII, Easflash 3 and Kerberos

I have an old c64 breadboard tape cassette if anyone wants it - a small crack on the tape door exists; though otherwise its nice.
You must log in or register to reply here.
Share:
Reddit Pinterest Tumblr WhatsApp Email Link
Top