Yes, You Do Own Your Games. Why Games As A Service Is Fraud

75 minutes, and the dude says at the beginning that he can't provide a summary. Man. I might still get around to watching it sometime though.

I gotta admit that I have beef with games as a service too, especially when they go offline. Though I take it a bit further to include all games that can't be legally obtained for a current device. I shouldn't be forced to break the law in order to play my favorite games.

A youtube video that's not a film yet is over an hour long? I'll have to queue some time to watch that I'm afraid.

^
It's that long, so he can get some advertisement revenue

wow, good arguments. A bit of repetition in the video, but nothing wrong with the topic itself. Very interesting, thanks @Inimuk !

It's just the next step of this since Denuvo mostly failed.
https://pyra-handheld.com/boards/th...rce-battle-net-installation-limits-etc.74149/

Oh, a 75 minutes video only to say obvious stuff.

To be fair to the guy, I didn't know about all of that case work that he dug up. Now, I'm not sure how valuable that is to me as a non lawyer, but somehow I'm glad he did it, and maybe I'll need to go back to it one day if I ever end up having to convince a lawyer.

But yeah, he's preaching to the converted with me. I've felt that way at least since xbox live started up on the original xbox, and still don't have a live signup despite going on to get a 360 (but so far I've no new xbox one). On occasion that's been to the detriment of my offline game discs, such as Driver:San Fran which disabled the director mode until you unlock it with a live signup. And is has meant my quest to own every Virtua Fighter game was lost, since the last I can own is VF5:C on the xbox 360 (although since my 360 RRed itself, I can only actually play VF4: Evo on my PS2, and I have away my Saturn games last time I moved)

It's still watching the last five minutes though, where he describes a way to fix it. Evidently, my not buying online only software hasn't made the industry mend their ways, and if anything it's only got worse since I stopped.

And this does only really apply to console software. Anything that's run on a networked machine absolutely needs updates till pretty much the end of time, unless it's running in some kind of virtual machine that does get patched, or doesn't have a network connection through to the parent OS.
Last edited: May 4, 2019 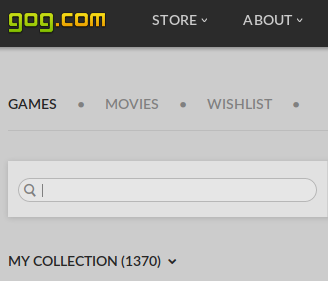 If you think as games as pieces of art you wouldn't let it depend on digital infrastructure, you know that will eventually fail.

It started a long time ago with activation servers. Now I have useless original disc that can only be used with a no-cd crack.
Today I have Switch cardridges that need an additional download to play, same story over again.

In the past I was totally against the "games as a service" thing, but lately I slightly changed my mind, at least on some points.

I can take Blizzard as an example, that is really active maintaining their (latest) games kicking and alive, and while it still has the not requested feature of "monthly online activation" needed, it keeps pushing updates over updates with fixes and newer functionalities, not requesting money for all this additional work that came after your purchase... they also have to maintain the multiplayer servers that you still can use for free... so they need something to keep people linked to them, as a resource, in fact a less players base could become an issue for one of their most valued functionality, the matchmaking.

I never been an online player, and I had to use the client just because I wanted to single-play Starcraft 2, I hated all the mess I had to deal with just to play a game, because I didn't want multiplayer things.

But when I started, just for curiosity to try those online functionalities, I was astonished... there was the "cooperative mode", a series of maps where you play in cooperative with some random internet dude, in a way completely different from the main game classic multiplayer (that anyway is still present). The selection of your ally is almost immediate, I just click play and in some seconds I'm in the game, playing with someone else.

I consider this thing a different game than Starcraft 2, and I got it "for free", and for the first time in my life I felt the need to buy additional content for it in a DRM environment, mostly because I felt guilty... what I payed for the main game was nothing compared to all the work they did (and still are doing) there.

There's also an area dedicated to custom multiplayer maps and mods, where there are a lot of people playing, and some of those modifications could be considered newer games, and could take hours of fun.

I still hate to have to do the online activation every 30 days even to use the game in offline-mode, but if it wasn't for this, many people like me could have never met the online part of the game, reducing this way the player base... so, in a case like this, where the support is really active, and the "service" part is really visible, I think that it is an acceptable compromise.

TeDaDeS said:
If you think as games as pieces of art you wouldn't let it depend on digital infrastructure, you know that will eventually fail.

It started a long time ago with activation servers. Now I have useless original disc that can only be used with a no-cd crack.
Today I have Switch cardridges that need an additional download to play, same story over again.
Click to expand...

You can choose the option, "start game now", so then you can play the game and skip the additional download crap.

On the Switch you had to download the multiplayer part for Doom, which I didn't really mind as I wasn't planning on using it.
But Wolfenstein Youngblood's boxed version had no cartridge, only a download code. While I also agree having a single SD-card with all your games on them is easier, I like having a item that I can use now and in the future without online activation etc.

I'm not against the online services part. I think streaming games might be really nice and I use steam to have my games automatically updated.
But I also like to enjoy my games in the future. So if Steam goes offline all my games are gone. Same for all other online services.
"Who wants to play old games?", well just look at all the old NES games that are still being played today. We can only hope all newer games get the same treatment.
Maybe some online services will provide this preserving games service even better then I can do it.

Even back when you "bought" games, you still bought the ability to play the game on a specific hardware with possible limitations that would make you unable to play them later (compatibility issues, problematic DRM, servers that could go offline at any time, etc.). And there are advantages to the "games/movies/etc as service" model, so I wouldn't throw the baby out with the bathwater.

To me the real issue is copyright. Shorten the duration of copyright (and while we're dreaming add a date where you need to open the source code ) and you're solving all problems much more elegantly than by trying to fix the distribution model.

Sure, "owning" a game can sound nice. But as with many things, it's even better when the whole community owns the game. Property is theft after all.

I wondered why he kept showing games that predated this whole online only gaming this (or games as a service, if you must), but it turned out if wasn't just a response to the original video, he briefly mentioned that before dismissing it saying courts won't go for that before presenting his own idea of copyright limits, which at this point would mean anything he shows would be out of copyright if his plan came to fruition. As such, he's kind of muddying the waters - I've not noticed a copyright problem given the internet pretty much gives you access to copyrighted materials just fine. And we've already seen how Nintendo made use of the game preservers to gain access to something that they then effectively re-copyrighted and sold, because they could.
You must log in or register to reply here.
Share:
Reddit Pinterest Tumblr WhatsApp Email Link
Top