Fenix PD36 R,
A Pretty bright Tactical Flashlight whit a 3,6 Volt 5000 mah Battery that can be charged via USB C Instead of the Magnetic Charger my old Olight M2R Warrior had ,
Which worked only when you put it on the right turn .. , also I have a Second Batterie for it, even if it’s could be quite though to empty the first Battery, but better to have a Second for some situations, like a „ Corona Bugout“ or a Zombie Apocalypse ^^ 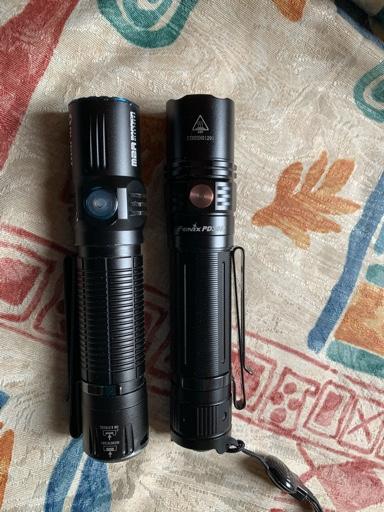 Saddly no, but the Maker of my new Lightsaber used the same design as my old Lightsaber, its just 1400 mah more and USBC instead of Magnetic Charging...
The Olight is now the Light for some emergency or Working on Car etc, and gets in the Drawer, and the Fenix is my new EDC Light...

My bag was looking a bit tatty so I treated myself to a new one.

What kind of belt? Karate/Judo? Or something that keeps your pants up? Pics or it didn't happen!

Glad it's a bag and not a boat

Finally after ca 10 Years of Smartphone Owning a Universal Smartphone Holder for the Car, so i can use my Phone as a Navigations System..
Nothing Special, HAMA, whit Suction Pad for the Windshield and the Holder is two clamps whit a Spring Mechanism.. about 20 €
I mean, i have Unlimited Data Plan, so why should i use a Dedicatet Navi `??

I thought, you just had a bike and an Unimog?

I also have a Fiat Doblo as you can’t drive everyday whit an Unimog, also a Unimog needs about 20 Metric Liters Diesel for 100 Metric Kilometer.. and my Dad needs the Unimog some time to o work on the Bees ..

So yes i also have a normal Car.. but the Smartphone Holder is also useful for the Unimog ^^

matzesu said:
my Dad needs the Unimog some time to o work on the Bees
Click to expand...

Well, I knew insects are strong compared to vertebrates, but ... wow

You dont know the German Bees ?? They where 3000 kg each, but unfortunaly as they need a long way to reach the right speed to flight, somethimes they get stuck in Mud, so you have to pull they out whit the Unimog
But when they are succesfull, they make a lot honey ^^

A Dell M4800 notebook. I was looking for a new notebook for a long time and I just couldn't find one only because these are not sold as "notebooks" but "mobile workstations". Why? No idea, maybe because they weight more than 3.5kg?
I finally hunted down version with this magic sticker "ME DISABLED" and sleep mode blown. Because nobody connected the dots it was sold cheaper as problems with sleep were taken as mainboard fault. I insisted a warranty for components and I was right, as it had bad RAM stick, they replaced pair without problems. There is 16GB in it - I usually fit my things in 2GB hardware so seriously I don't know what I should I do with it, I do CAD on 2GB 2x1.33GHz machine. It has 4th gen Core i7, I loaded it heavier only once when I was building a software to process scanned images. In my typical usages it just sits on the lowest frequencies around 1GHz.
I also have no idea what I will do with nVidia Quadro K2200M video board equipped with dedicated 2GB of VRAM. Seriously. OK, there is a better framerate in Paraview, but framerate offered by ?64MB? Intel GMA950 was sufficient for me. The biggest improvements are in EShU topological solver (a post-processor is based on some long-forgotten game engine and works only under Wine in Linux) and... Minetest.
Generally, a very nice machine. I put Debian 10 and TDE on it, configured it well and ported most of data, I still have problems with configuring edge-drag for touchpad in Synaptic driver (I don't use libinput as it's impossible to turn two finger scroll and simultaneously edge scroll on in it).
It looks like it's a nice machine for numerical simulation software I work with... but I have a dedicated machine in my workplace for it - 64 cores.
I use a lot of engineering software, but it was easier for me to learn BRL / FreeCAD (which is in fact designing from console as GUI tools are unstable) than solve lots of SolidWorks problems not mentioned in any documentation, more, with support having no idea about it. Once, they told me that I have valid license for my work computer, but I have to replace my hard drive to install it (!).

I suppose I'll have to buy something to kickstart my car... in these days, left in the garage, the battery is almost dead and can't start the engine... and looking at ebay sells I'm definitely not the only one with this need

PowerGod said:
I suppose I'll have to buy something to kickstart my car... in these days, left in the garage, the battery is almost dead and can't start the engine... and looking at ebay sells I'm definitely not the only one with this need
Click to expand... Should I Unplug My Car's Battery If I'm Going on Vacation?

Should I Unplug My Car's Battery? If you're going on vacation, it might be a smart thing to do to avoid a costly repair.
www.autoguide.com

Read the comments, they give much more information than the article

Should I Unplug My Car's Battery If I'm Going on Vacation?

Should I Unplug My Car's Battery? If you're going on vacation, it might be a smart thing to do to avoid a costly repair.
www.autoguide.com

Read the comments, they give much more information than the article

Most of the people were saying that disconnecting it is to be absolutely avoided... and anyway I need to recharge it from an external source because it is not anymore able to start the car. 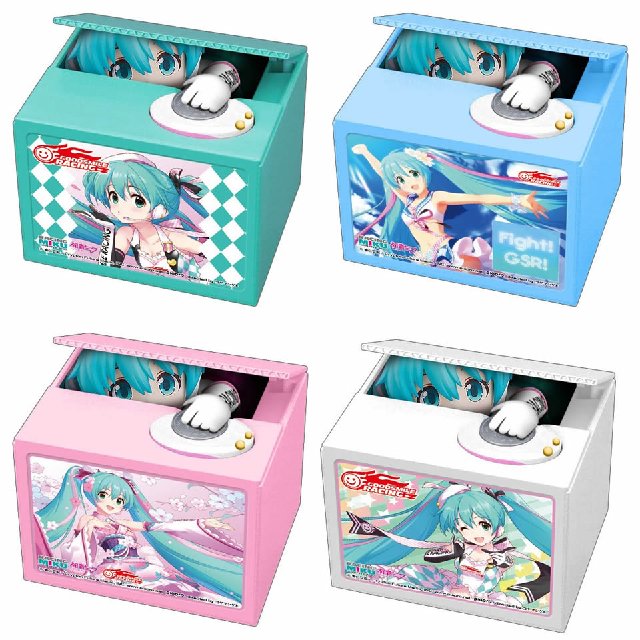 A coin bank, guess which colour I got.

Null said:
A coin bank, guess which colour I got.
Click to expand...

Aeropress it's a coffee maker. Similar to a French press but filtered and faster makes a great cup
You must log in or register to reply here.
Share:
Reddit Pinterest Tumblr WhatsApp Email Link
Top