Tenor horn in Bb and alto horn in Eb.
Surprisingly good for the price.

A few more items for my shrine collection.

Kinda hard to find a replacement, but $84 later I have one coming

FBnil said:
@jparish1977 Uhm... what is that piece of technology?
Click to expand...

Flyback from a tandy cm4 monitor

I found a comics shop that sells DoubleDuck.
The american Donald Duck is unlucky, poor, and an anti-hero. Bit of a wuzz. But not this Donald Duck. He retains characteristics of the Donald Duck we know, but boy, he kicks a**!


This is the same Duck: 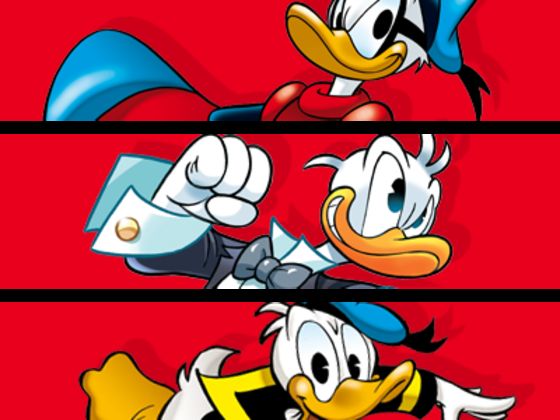 The italians once made the awesome Paperinik (aka Fantomerik/Fantomas/Patomás), and that crossed over to the secret agent D.D. And I read one, and its even more awesome. 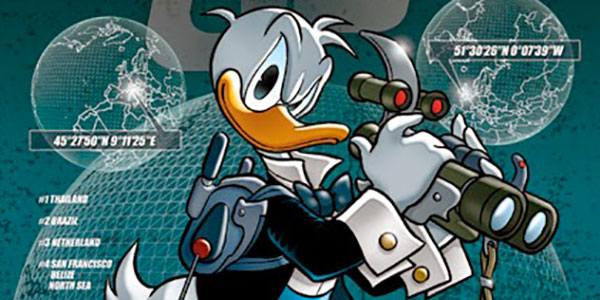 If you know italian (or don't mind webpage translation services), here are the details:
http://www.lacooltura.com/2016/04/recensione-in-anteprima-pk-vs-doubleduck/

hints: Papero = Duck and PK = PaperiniK (SuperDuck)
And no, he hasn't left Daisy, but does have a female colleague. 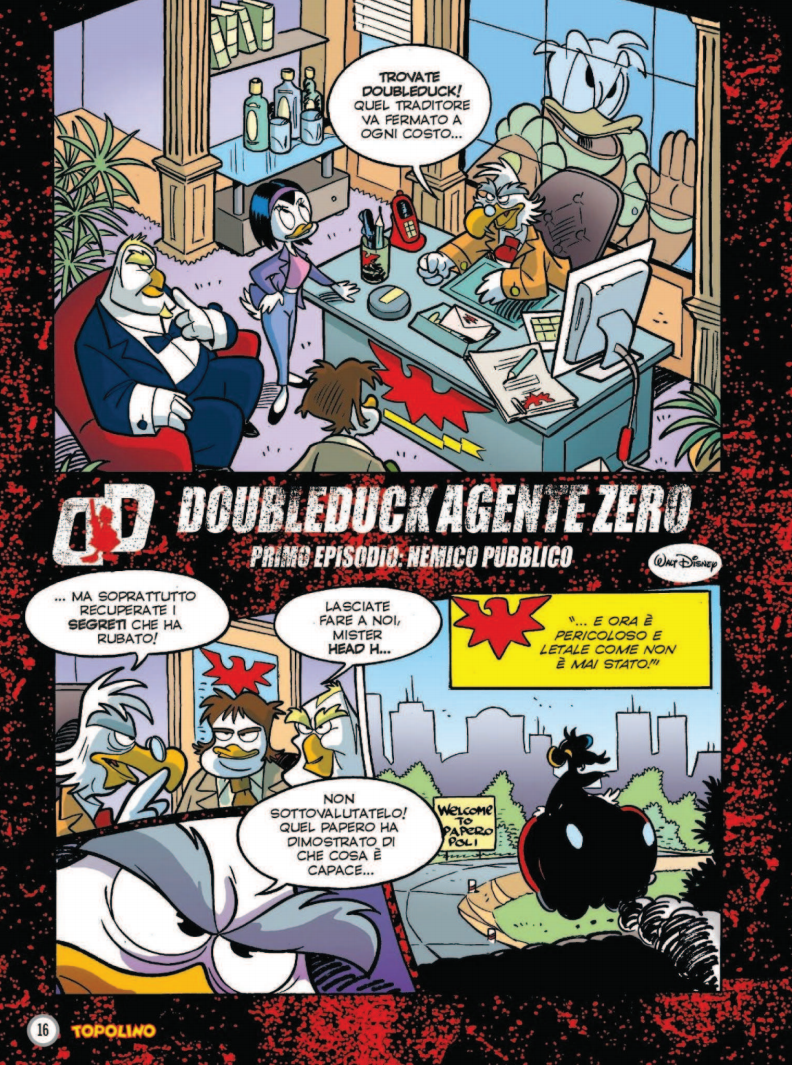 I essentially bought my Father's first work issued "laptop" on a cheap auction, which later was passed down to me to write reports in high school and such. It was destroyed by leaking batteries, but have a bit of nostalgia for this thing. I plan on just showing up with it when I visit my Parents next time I visit, and just use it as if It was normal thing to do and see how they react. 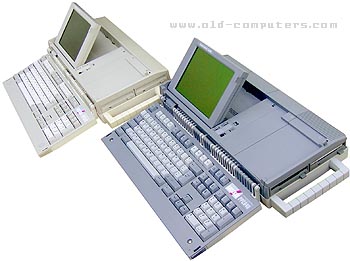 TrashyMG said:
I essentially bought my Father's first work issued "laptop" on a cheap auction, which later was passed down to me to write reports in high school and such. It was destroyed by leaking batteries, but have a bit of nostalgia for this thing. I plan on just showing up with it when I visit my Parents next, and just use it as if It was normal thing to do and see how they react.

Just picked up a 640 last month

Finally my Mac IIfx arrived. I collect these Macs to have one from each "chassis".
Does not turn on at all, does not draw current. Batteries exhausted, so I'll have to add an adapter and clip it into battery sockets. This Mac starts its PSU from batteries. What's more interesting: In the first units these batteries were soldered into mainboard. I have no idea what their engineers were thinking.
Someone added a 4.3GB drive to it, I'll put it more towards original condition. And this "ASUS" SCSI cable going to faster controller is also not original. Fortunately the original cable has been saved. RAM is maxed out, all chips are there.

Plenty of computers made in the 1980s and early 1990s had soldered AA or watch cell batteries, mainly to remember bios settings or to power the RTC; I've no idea why a PSU would need a battery. They've almost all leaked by now, making more or less of a mess around what's beneath them (so far I've been lucky in that they weren't over a populated area of board, perhaps intentionally)

There are reasons wy PSU needs external power to start up, but this is simply no explanation for Macs. Generally:
- The machine's chassis could be primarily designed as an expansion chassis for e.g. "all in one" Macs. Thus it would be needed to ensure that the box full of expansion boards will not run on stray signals on an unconnected bus.
- The machine could be designed as a network-manageable client (Olivetti made such machines - they could be even turned on at night and send the data acquired to the computer center by telephone).
Well, after replacing a few capacitors it started. I replaced disk with 80MB one, but there is still some problem with stability.

Yeah, but correct me if I'm wrong, but the Mac IIfx is basically a desktop type machine, right? I guess it could use power to keep the network card alive and ready to respond to network wake commands, but you're not going to be able to do much about that unless you've got mains power to bring the PSU up. I guess that doesn't stop dumb old computer makers keeping bus power from a battery so the network command can do occasionally useful things like report which computer it is, or warn that you need to plug the machine in before you can wake it remotely or locally, but I still wouldn't describe that as the PSU needing kickstart power, more the designers maintaining bus power for effectively shits and giggles. I'm simply curious I guess as to what a PSU could require external dc power for within itself to start; traditional designs for a transformer based or switched mode type power supply use AC power. I guess some crazy solution could use a PLL to sync with the AC frequency, rather than using a simple bridge rectifier, but even in the early 80s, doing something like that sounds a lot like making trouble for your own back.

Maybe they wanted to have an on-off button instead of a switch, and still be able to open the transformer's primary coil's circuit. The electronics to close that circuit again might then need some DC power.
Though it could be an explanation, it'd also be a shitty idea. But that's just guess-work. I don't know the thingy you're talking about.

I was intrigued so I googled it : https://www.downtowndougbrown.com/2015/03/explanation-of-the-macintosh-iiiix-power-onoff-circuit/

Well, about the role of batteries, partially right. I also used Gamba's schematic.
Yes, one keeps RTC going. No, not only the second brings the computer up, but both of them. Something must power the 5V flipflop and that's why there are two batteries.
By using a NuBus connector, some latches and logic analyzer I made a makeshift diagnostics tool. I found many more interesting things, such as the worst video board for early Mac I encountered: The video board, which is not original (marked "SPECTRUM 24"), talks with NVRAM all time during boot. Right after boot, it reads an undocumented area looking for a byte. The byte then determines the type of display used with the board. Because f..k Apple's general standards of monitor pin-outs and control panel settings... and display switches. Now when you zap your PRAM or replace battery you land without display, as it's some unearthy resolution by default. But booting further with a "default" setting goes worse. During the system boot-up, the board is probably enumerated. So it goes again, totally confusing 7.5 and making 7.1 boot or not. It takes control and pokes around ADB for something, then it reads the byte again. If in this case the byte is not in the blessed range of supported resolutions, it throws with sad mac. Too bad that I can't read the code as the screen is garbled by, yes, wrong resolution.

I recapped the machine and it is still not stable, I'll try to re-solder RAM sockets as first one is white an rest is black - and it looks like it has been made in factory, so there could be some problem with it.

And what have I bought?
A few books. Mostly about electronics and switching power supply design, but some look like original instructions for PDP computer programming.

I do not quite get the Hatsune Miku fandom. What is so amazing about it? (A serious question, if I understand wiki correctly she is a Manga character with a synthetic voice associated with her)