So, what you backing? [crowdfunders]

i had to support these guys. they gave me so many laughs and good times throughout the years...

i liked their super bat puncher demo, so i wanted to support these guys:
http://morphcat.de/micromages/

i also backed infento to get/build some rides for my kids (but that one is closed).

Not backing (yet), but tempted

few of the more recent ones

(actually quite a while ago still excited about this one)


The first one that will be finished from now on

On indiegogo i presume?

Yeah, that's the one

The Sinden light gun, a light gun for modern TVs

I've not backed this, tempted to though. Looks fantastic...

My Nokia 8110 4G I have to recharge normally on the 9th day since last recharge. It has a plain LCD screen and Wifi/4G but I don't use either of those very often. Messaging's a bit broken, in that T9 is apparently rather frustrating, offset against having to press the keys multiple times to get the right letter, which is very slow, but just able usable to me. Slightly more frustrating to me is the headphone port; even if you plug in headphones with a microphone, when it's plugged in it mutes the microphones, so if you accept a call with the headphones in you can hear the call but they can't hear you. So you have to whip the headphones out when you get called, and then spend a couple of minutes trying to plug them back in because a lot of the time it doesn't detect the insertion properly. I think it works all a lot better if you use bluetooth headsets, but I've not invested in a pair of those yet.

But it's cheap and the battery lasts a long time, so it fulfils a lot of the same requirements as this more expensive phone.
S

All in one fora portable switch dock

That's awesome, I think I'll back it!!

Remember the last time a 3rd party made a dock for the Switch and then Nintendo updated the firmware and a lot of Switch's died because apparently they aren't actually using USB-C protocol, just kind of USB-C-ish and since they explicitly say not to use third party devices so there was no recourse for this.
"We've configured the Covert Dock to use only standard Switch charging profiles when used with the console" does not give me a great deal of confidence when Nintendo can literally update the firmware at any time in such a way that it breaks everything again.

edit: ok, one paragraph down, they talk about being able to update their firmware to remain compatible should Nintendo change their protocols. "Unlikely event" they say though, considering it's already happened once I don't think it too unlikely.

And it's ticked over now, thanks I guess to all the people that said 'remind me later'.

levi said:
And it's ticked over now, thanks I guess to all the people that said 'remind me later'.
Click to expand...

Do you know, i often remind me later, but as i don't always get to check my emails, plenty finish without me realising

I wish the Pyra had USB-C. USB-C, an outside camera, and the capacity to emulate GameCube games are the only features that I'm really going to miss.

The longer cable will stay with the PC, but the shorter one has already a home

It feels a little cheaper than I was expecting, but considering the price is pretty solid and a good product anyway.
Already tested both the USB to USB-C and USB to Micro-USB without issues. 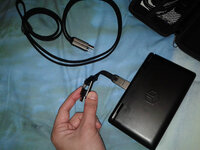 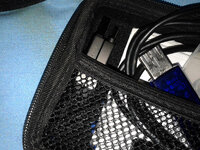 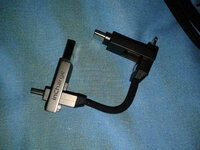 Also the magnet is super cool, because with the longer one on the PC I can leave a side always plugged-in, and just attach the other side to the PC metal parts when not in use
Last edited: Jan 21, 2020
You must log in or register to reply here.
Share:
Reddit Pinterest Tumblr WhatsApp Email Link
Top