So, what you backing? [crowdfunders]

I'm the first and so far only backer of this

But is early days, only up 3 days ago

He's looking to bring a retro gaming arcade center in UK ... hopefully in London, which is where he's from

All the classic old consoles, and hold regular competition nights.

This could be a new heavenly place to hang out.

My pledge gets me a couple free passes too 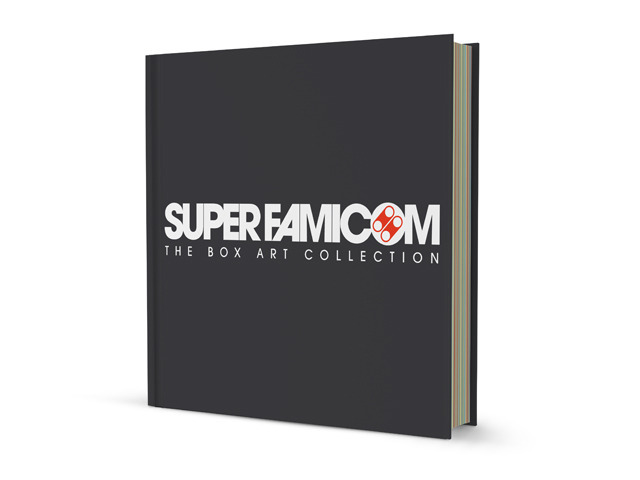 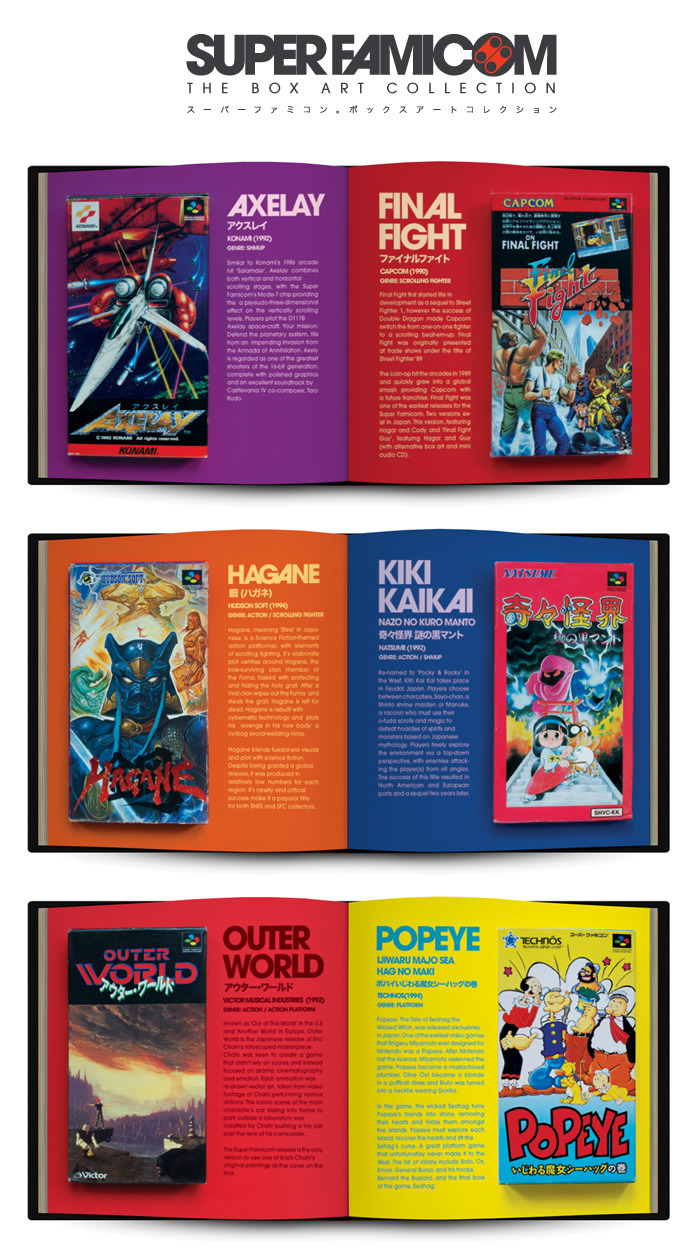 Excellent audio on that game trailer.


Looks decent, the warping thing is fast, couldn't quite see how that was working even

This was tempting me recently https://www.kickstarter.com/projects/868879546/gryphon-knight-epic-medieval-shmup?ref=nav_search

Its a retro shoot em up with a few bits and bobs added. It looks quite charming.

I am happy with my backing of 'the way' though; its basically an another world clone.

Hey folks.
Firstly, I’d like to say a huge heartfelt thank you to everyone who has supported this Kickstarter project. I’ve had a whirlwind of a weekend with my inbox literally breaking with messages of support from fans of the Super Famicom and who share a love for the games.

Thanks to the journalists who got in touch, the websites that celebrated the book and its games, the broadcasters, even the indie film makers! And all the cool kids who still love to rock their SFCs! It’s amazing to speak to lots of retro gamers who love these games as much as I do – after all, that’s why I started this project. I LOVE collecting and playing them and always have - since the early 90s. It’s a labour of love for me and seeing the book coming together is just amazing. It’s such a cool little book, and looking at what has taken me the best part of two years to conceptualise, photograph and design is very exciting. It was to be a gamers visual guide and a memento for a console that’s long gone, with a hand-picked selection of some of the best and the rarest games that not many gamers would have seen before. The forewords and contributions are especially fantastic, particularly Masaaki Enami’s story of playing them as a kid in Tokyo. His store of Nintendo clothing is testament to how much he loves the Super Famicom and how much it meant to him playing them.

I started this project after speaking with friends with colleagues in Japan, who work within the games industry and by looking at copyright here in the UK with regard to derivative and non-derivate copyright photography and how it differentiates in each country. Japan has two types of copyright, author’s and neighbouring and each is different. They also have a software copyright law that (on the gaming side) is focused more on the ill-use of screenshots and captured footage of games – particularly footage used on commercially based platforms, such as monetised YouTube channels and websites.

After speaking with the guys I know in Japan as, well as contacting Nintendo Europe, I’m still no further in the minefield of international copyright. I thought I had enough clarity with copyright, especially when I had people supporting my own research, So it’s with great sadness that I have to announce that I’ll be closing the Kickstarter pledge. I’ll be completing the book as planned and I will spend the next few months finding the VG publishers who are left to seek permission. I’ve had offers from some publishers who have taken a keen interest in the book outside of Kickstarter and hopefully my book will reach you that way.

I wanted to try and give an example of how copyright works with older video game packaging, it’s not as clear-cut as you might think and the unfortunately the internet doesn’t provide all the answers to a layman. The artists behind these games were part of little development teams but the publishers were the names responsible for copyright. One of my all-time favourite Japanese games, Gourmet Sentai Bara Yarou was published by Virgin Interactive – a British-based video game publisher. They were also the publishers behind the legendary Japanese SFC title Rendering Ranger R2, by Turrican’s Manfred Trenz. The publisher switched hands a couple of times and eventually was put into liquidation in Spain with its last owner, resulting with its assets and IP absorbed by creditors. In other words, no one owns it any more. They are essentially lost forever. My attempt with the book was to try and at least archive them, just like comic collectors, baseball card fans or collectors of guitars do, before they do vanish into thumbnails on a Google image search. One book that was influential on this project, ‘Bass culture: a guitar collection by John Entwistle’ contains a huge collection of crazy and weird guitars from the bass player of The Who. His book omits credits on some guitars and didn’t have copyright clearance on every page as they weren’t able to track down every copyright owner, due to their obscurity. It’s the same case with some of these games, unfortunately.

I could let this project run to its deadline and it most likely would have met its goal. The books would have been printed and each of them would have been posted out to all of you, but not every game (especially the rarest titles)  within the book would have been had copyright clearance, certainly not in the time I would have within 3 weeks.  I wanted to have the book on the press straight after our deadline was met. I wasn’t in this for the money, the quantity cap and profit-margin are proof of that. I was doing it for the gamers and the collectors out there, just like me.

But from my bottom of my pixelated heart, I wanted to thank you to all of you for backing something that could have been amazing and for believing in a book like this should exist for gamers. That's all I wanted. Thanks to the contributors: Digitalism, Van Orton, Jeremy Klein, James Wragg and Enami-San, the collectors, the gamers, the fan boys and the 8-bit old timers. We were doing it for the love of the games. I hope this book does see the light of day - You guys deserve it x

So from what I make of that, it's not happening eh.

Big shame. This was going to be a great book already

He does say that he is talking to a publisher but who knows.

On another note the 'history of Sega' book was crap! It seems to just be cobbled together from information that was mostly to be found on the internet or in old interviews. No new interviews or any actual talking with Sega or anyone. Very little research and lot's of grammatical erros.

Oh dear! Terribly Poor. I won't be reading any further.

A friend of mine is helping out with this and would appreciate people having a look.

Why was this cancelled?

See my post above where I copy/pasted his update: http://boards.openpandora.org/topic/16556-so-what-you-backing-crowdfunders/page-2#entry354336

From what I make of that, he's canceled it due to the problems getting copywrite sorted for all the images he'd planned to use from his box scans he'd accumulated.

Think he is still looking into sorting all the legal stuff, so it might still happen, but it will be a long time down the road, so for that reason he canceled the KS project.

I'm hoping that at some point in the future when he has sorted all the legal side of things, he emails all us backers again and informs us of how we can purchase it, which I imaging would be creating another KS project or reactivating this original one
Last edited by a moderator: Feb 6, 2016

Have been following this since before they began. Really hope they can make it happen.

This looks really cute and I'm considering backing it as a present for my wife.

This looks quite interesting. I don't really do crowdsourcing... Kinda wish I hadn't bothered with Elite: Dangerous now...

Something else to play Tetris on too

This one seems quite interesting, I will be backing it once I have the funds to spare.

That looks a very good game, something to fill the Timesplitters gap

You have a space in the URL, which breaks the link. I think this is correct:

At first I thought it seemed like something I would nevere use, then I saw the one the woman had on the wall that is assigned to "ring".  Pretty good idea there.  Looking at the pic and functions of the woman with one on her collar made me think of later in the timeline of Star Trek.  Add a microphone and speaker and (even better if the shape is changed a bit.  Maybe we will get there soon.

I will inform someone of this, with an emphasis on the "ring" to help find a misplaced fone.
Last edited by a moderator: Dec 5, 2014
You must log in or register to reply here.
Share:
Reddit Pinterest Tumblr WhatsApp Email Link
Top