Here is PGen, the Portable Genesis by CPasJuste 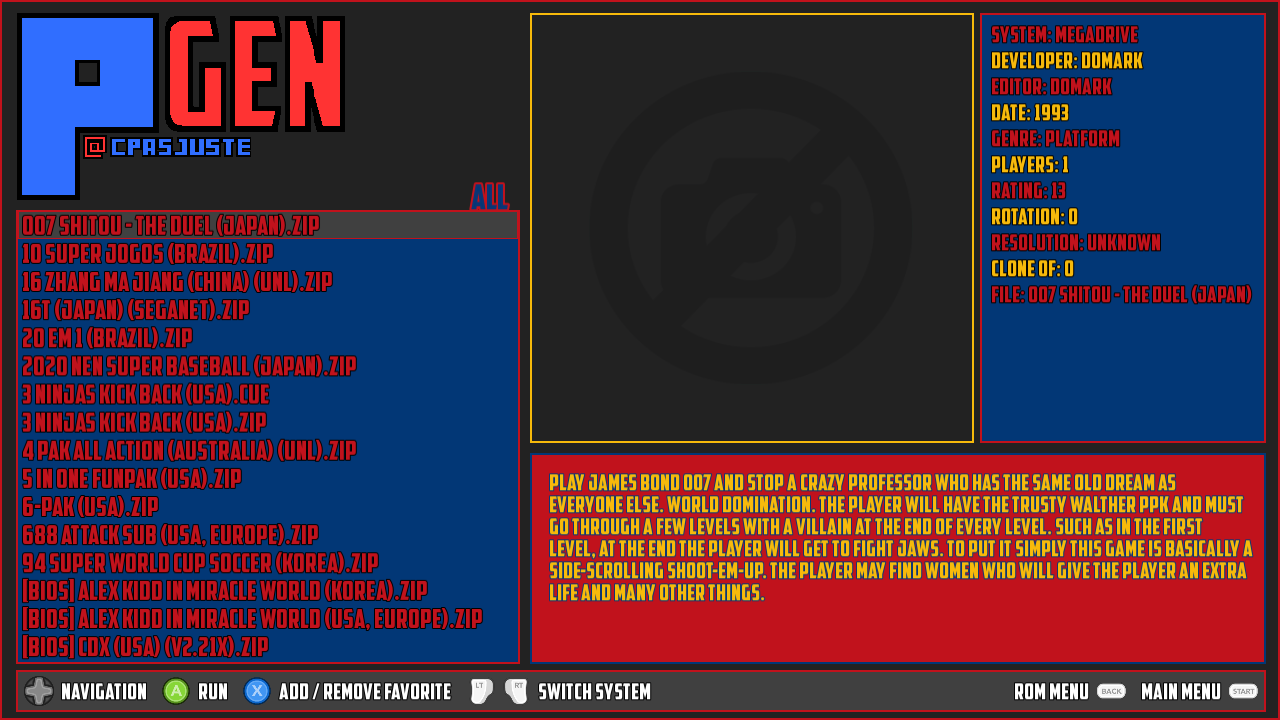 This will use gl4es for the rendering. I ported only the OpenGL 1.x backend, so no shader effects. Also, if the emulator goes to fast, update gl4es (just update the system with `sudo apt update && sudo apt upgrade`), to have latest version thta include a fake VSync option. The keymap should be Pyra friendly.

This Emulator handle Genesis/Megadrive with 32X and MegaCD extension, but also the 8bits generation of console from Sega, like Gamegear and the Master System (also the sg1000). Tested Virtual Racing for example, and it was working nicely.

You may need to install libglew2.1 and a few other for this one to work. Use

Code:
if it doesn't start.

By default, all roms are fetched from some folder in "appdata/pgen/roms", but you can redirect the folders by editing "appdata/pgen/config.cfg" after a 1st run. Note that you cannot add new folder, it's 1 folder per system.

Nice , thanks, will get testet and put in a Video tomorrow^^
A

matzesu said:
Nice , thanks, will get testet and put in a Video tomorrow^^
Click to expand...

You got it running? I'm getting the same error in these P* emulators.

Just read it in another thread. Thanks.

I have update 1st post with this info and location of config.cfg file... for all 4 portable emus.
You must log in or register to reply here.