ABC just interrupted my Chicago Cubs baseball game to say that Trump's symptoms are getting worse, and he's expected to visit a medical center for more tests.

Damnit, this is terrible. This is probably the Cubs' last game of the season, and I'm missing it!

Yeah, they had the sound of him taking off in marine one to be taken to the medical centre on the BBC news just now. Not sure this is going to affect sporting attendance though; I mean you're all socially distanced there and wearing masks there right? Trump holds regular rallies where social distancing is impossible and doesn't like wearing masks.

Now they're talking about whether Trump will relinquish power to Mike Pence for the time being or not. Reagan didn't relinquish power when he was freaking shot, so I can't imagine Trump signing it over.

JDTAY said:
whether Trump will relinquish power to
Click to expand...

That already happened more than half a year ago.

There is now a new dimension of absurdism: Today, somewhone bought 2 Beekeepers Hats (whit fleece) because he wanted to go to a Demo against the Masks etc, acording to him, these Hats are allowed, even if they dont work, but that is the reason why he bought them..

I ditnt said much because its dosnt work out to discuss whit these peaple..

A Perth woman has become the first to be electronically monitored after breaching Western Australia's COVID-19 quarantine rules.
thenewdaily.com.au

Did you know this news? 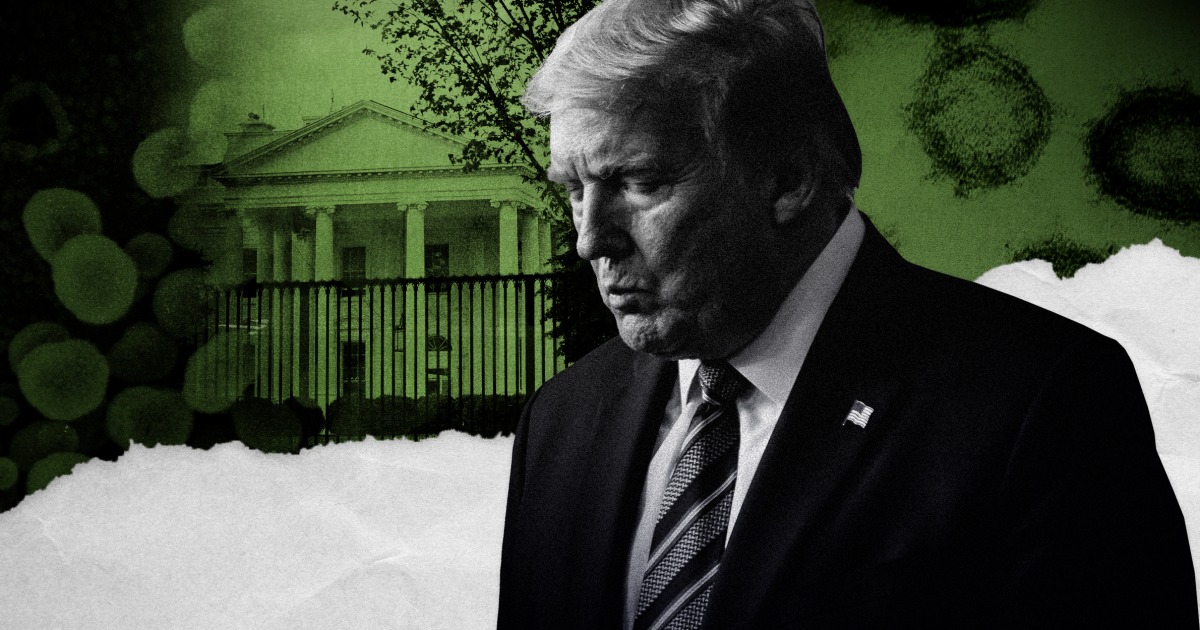 FBnil said:
Did you know this news?
Click to expand...

Yes, it's days old. In the mean time he's be out parading the streets in his car from the hospital while infectious, putting the lives of the secret service agents in the car with him in danger, and apparently when he did get back to the white house and ended up clearing the stairs panting for breath, he removed his mask, which some people think is unnacceptible, I'm not so sure.
Last edited: Oct 8, 2020

Please applaud this brave man that speaks out in favour of everyone's safety! Breathareans around the world rejoice!


Newsom's office says to keep masks on between bites when eating out
Post automatically merged: Oct 10, 2020

You ruined the gag by not pressing the Rango quote.

It's not often I get to talk American football on the Pyra forums.

The Tennessee Titans have had 13 players and 11 staff test positive for COVID-19 so far. Precautions are being taken, but the Titans might have to forfeit some games. And there's always the possibility this could spiral out of control and end the NFL season early. If there's no Super Bowl in February, where will we watch all the cheeky commercials?
S

In order to access to those positions you need support.

This is how things usually work:
->X wants to become a president, so X enlists to a political party.
->After a certain number of years in such party, X has acquired enough support to become head of the party and it promotes his candidature for the presidency.
->X becomes president. (provided he chose the right party...)

Needed years to acquire enough support are usually less if X comes from a family with great influence or has strong support from a powerful lobby, the people or any other interested party, which usually also takes time. And obviously this person would have needed to work in order to eat, so even more time yet.

You forgot a few other reasons

matzesu said:
In Germany, if your poor, but needs a Health Service, you dont have to sell your soul, your first born child, and a lever to pay for the Doctor, as whe have some sort of a "Social Ensurance".. , a System Canceler Bismark made over a 100 Years ago if i remember correctly..
Click to expand...

If I were somewhere else in the world though I literally would not be able to get the medication I regularly take due to cost as nationalized systems approve medications based on cost and severity/lethality. In the US I get my medication, and it's covered by my insurance (it would be $3,000 a dose of it wasn't. This stuff really is hard to make). If the US had a nationalized system drug companies wouldn't have even created the medication I take because my illness isn't life threatening and it would have been cost prohibitive.

It's simply a different way of determining who gets treatment.
Last edited: Oct 12, 2020

Information about the Dutch measures to control the spread of coronavirus in the Netherlands.

Here is a dashboard:

Information on the development of the coronavirus in the Netherlands.
coronadashboard.government.nl

National Institute for Public Health and the Environment | RIVM

Together, we’ll get coronavirus under control in the Netherlands. On this website you can find information about what the Dutch government – together with other organisations – is doing.


In other sad news, the taxies are having 1% of the normal amount of passengers transported.

Some funny news to balance it out: Amsterdam Madame Tussauds puts Trump in Quarantine: 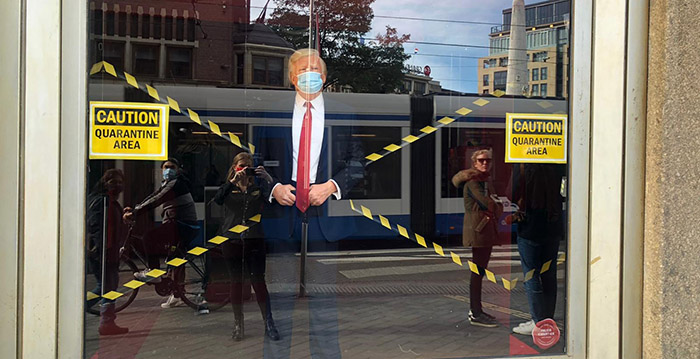 Sad news indeed. I do not know anyone who has ever had COVID-19 (though there are 2 people that someone I know knows that supposedly had COVID-19, of course both got better eventually just like they would with the regular flu), but I know plenty of people who lost their job to the COVID-19 measures.

I'm a bit worried of what the future will hold and what more draconian measures we'll have to suffer.

In the UK today's news is that the science community were pushing for tighter lockdowns three weeks ago when Boris's team were still trying to open up the economy. In my local area, I'm still wearing a mask whenever I go out, but most people I come across I have to take an especially wide berth to because they're not.

Part of it may be due to the decision to send kids back to school. They were only having them go two days a week in order to split the attendance to 50% capacity, but I don't think social distancing works quite as well in a school as it does in a restaurant.

Well the problem is this:
Our Dutch prime minister admonished the people. So "its our fault" corona came back (instead of hey, it's corona's fault). This cut deep. I've read the nu.nl forums, and people are really angry (they censor the shit out of it so all really angry posts are deleted, but from what was there, I could infer it. Strangly, some posts in favour of preventive extermination of spreader groups were still there... bad forum moderators).
There is this group that kept the rules, and feels unjustly punished (for example: Restaurants kept to the rules, and could make a little money to at least pay rent; but see schools having 100 kids with covid and those can keep open. Or religion houses that kept less to the rules. So it was not an "even" law for all).
There are citizens going everywhere with masks - And lots of trucks from abroad, which did not undergo tests when comin in to the country, while passangers by airplanes get all sorts of test before boarding, but not when exiting.
The virus keeps increasing in the sewer water tests.
If you are a student, then your schooling is weird, your summerjob was gone, your study money was reduced and you can't meet your friends (groups up to 4 only) and the rest of the population hates you because your group was labeled "super spreaders".
There is this group that says fuck it, I think those are the ones with the least mental scars (because all around me I see people with more stress, more loneliness and more uh... crazyness (ticks, jumpyness, anger issues) - we'll need shrinks to get out of this one).

So now, before winter is the time for Rhino virii. After the winter, Corona virii reign... so if it is bad now... it will be worse in spring. But at the moment, there is no rise in deaths (besides the normal seasonal curve), only a rise in tested people, and hence, a rise in positive people. But remember the sewer tests... that means it's a rise in untested positive people. And that means we are on our way to mass immunization (hey, it's something).

Weirdness:
Mask abiding citizens were more represented when tested positive for covid. Now this could be that the mask retains covid, and you breath it back in, but it could also mean that mask wearers do not keep distance and dare to traverse thickly populated areas or... they know they have bad health, use masks, but still get infected easily. No studies yet about which (or another option) could be the real reason. It's weird, I've got no (facts based) explanation for it yet.
Last edited: Oct 13, 2020

i thought this was an interesting analysis: 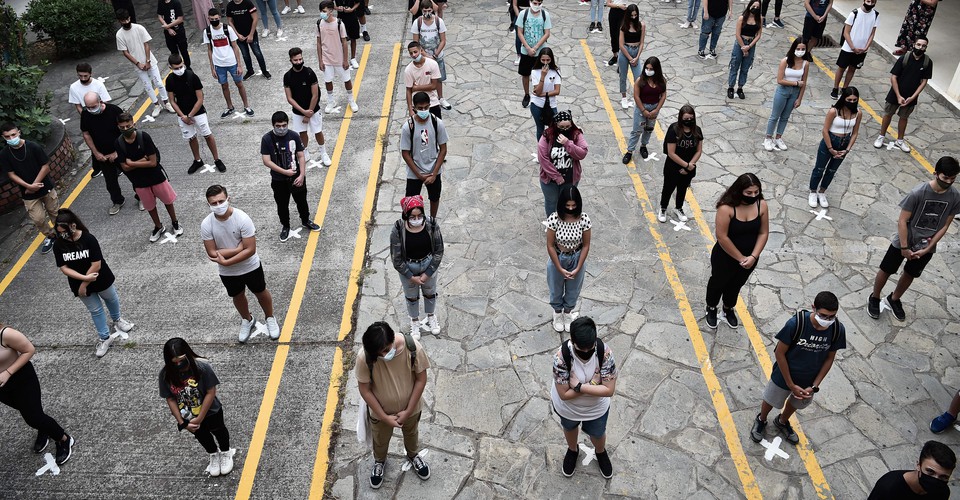 This Overlooked Variable Is the Key to the Pandemic

www.theatlantic.com
tl;dr: ~20% of infected infect ~80% of next generation, trace back in time to find superspreaders and who else they could have infected.

people used to be ok with businesses saying "no shirt, no shoes, no service" -- to avoid the wrong clientele. now if businesses say wear a mask the same type of people flip out...

The second wave of the Great Genocide has just started in France.

Meanwhile, we here in Melbourne, Australia might start tasting the flavour of freedom next week or the week after. So excited