Hey! What the hell are you saying!
You want to make a cool game but don't want to "waste" your time learning C programming?!?!?

It's the same if you say: I want to make a good lunch, but I don't like cooking! :angry:

If you spend time learning C, then you can make (with time) everything you want to do on any platform! C it's the best lang you can find on every OS (Amiga, Windows, DOS, Mac, Linux,...) and don't think it's hard to code in C.. coding in ASM could be hard, but not in C!

If you know other languages, like Pascal for example, then you'll have a basic knowledge of what variables, function, loops, arrays are and won't be hard to move to C.

I'm 27 and I've started programming the C=64 with the BASIC, then I moved to Amiga, and took a look at C, ASM, BASIC and Rexx scripting, then moved to PC's DOS and tried Clipper, Pascal and BATch programming and again ASM; when Windows came, I tried VB, but it sucks, i tried VC but thought was too hard, so I tried Delphi (pascal like).. When GBA dekvits been released, I looked again at C, and I discovered it's not so hard as I thought.. everything I learned from other languages gave me the basics for C, and for my job (i'm employed in a society that makes dynamic sites) i use PHP very very similar to C.

I think that if I learned C, only, now I could be a GURU in all those years, and today I keep the only needed book on my desktop ( "The C programming language" from Kernigan & Ritchie) for reference.. you could buy it, and start learning the basics... Then grab a devkit for GP32, a tutorial (you'll find 4 up today on this forum), and try to learn from them.. Everything will be easier.

Otherwise you can wait for someone who releases a scripting engine, but you still have limits to your game, coz it's like the engine's developer wanted to be, not you, ad surely you have to "waste your time" learning the scripting language for that: do you think it's better studying something powerful?

Later,
Alessandro B)
A

If you really want a scripting engine, or game design kit, you could try one of the ones for one of the Emulated machines (e.g. ST, C64, or even Spectrum...)... Then you could do it on the move, you'd also want an emu on your PC so you can do it from a desktop too...

Also don't think that a game creation kit will solve you game making problems. A lot of time in game making actually goes into thinking out the concept, levels, characters, music, SFX, interface, tuning playability and making all those graphics, sprites, music, sounds etc. and not the actual implementing in code (with the exception of games that really push technology). So a game creation kit will save you some work, but it will also limit what you can do.

I think an example of this is GIGAs. Although I think it is a wonderfull project and I am eagerly awaiting it's release, how many people will actually go through the trouble of thinking up a story, writing the story, designing characters, enemies, towns and all other sort of graphics only to come up with a game that you won't play yourself because you know exactly what's going to happen.

Now I don't want to sound negative to developers (I've made VNS myself, a Visual Novel and simple adventure creation tool, and am now writing a breakout creation kit) as I think writing a creation kit (for whatever type of game) is a very rewarding and challenging experience. Just don't expect all the users who wanted it to actually use it
N

am now writing a breakout creation kit
Click to expand...

come on u know i was gonna say that :blink:

"turn into pervs"? um.. what's that virtual girlfriend thing then?
A

If everyone of us writes a "Creation Kit", we'll be flooded by "clones" of games, and non-new stuff
We'd better encourage new developers to learn programming, the tut forum it's a good start, but maybe somebody should provide a few basics of C...

I think newbies, should read each line of the examples in the tutorials, try to understand what the lines does (searching on the web, newsgroups, books...) or even ask gently for explainations in the forum too. This approach (with examples) will guide the new coders in putting their first pixels on the screen... this can give satisfation ad involve people in studying C...

For example, if a newbie doesn't know about loops and wants to draw 10 pixels on the screen after reading a tut for displaying one pixel, he probably do:


Code:
He will realize that this way is too long/boring and that the code is not fast... maybe asking around he could know about loops and will discover that to trace the 10 pixels above, he could speed it with:


Code:
B) I think he will be satisfied and could search again to discover other features of the C to optimize the code, and learn more...

maybe one day I could write some lines on the tutes forum, but I think that if everyone of us can find a couple of minutes to spread his knowledge, the GP32 scene could grow and we can have new good programmers (with the time... :rolleyes: i hope )

Hey, a message to all those people who secretly wants to create their game: don't be lazy, C programming it's not difficult, it's nice, smart, powerful, funny and plus you have friends here that can give you a hand C'mon.. join the programmers and show us your secret skills B)

"turn into pervs"? um.. what's that virtual girlfriend thing then?
Click to expand...

that was an exercise and its good cause that could be put into VNS so we could have a few animated scenes.

prob not so hard for VL but still all the same

and there is alot of other things besides VG animations

i used simpsons files for trying the Virtua girl player

virtua girl isnt even that naughty

am now writing a breakout creation kit
Click to expand...

come on u know i was gonna say that :blink:

I was wondering if any one is even close to coming up with some software for the GP32 so you can create a game with out learning C. I was just wondering because at the moment I don't want to waste some time trying to learn C, but I want to create a cool game for the GP32. I don't want to act like someone who doesn't want to do any work, I am just interested in avoiding some of the pain that there is in creating a gp32 game from scratch.


I think the situation with (for example) Visual BASIC and Visual C is really strange. Initially BASIC was meant to be this language which was simple and slow and minimal for beginnners, except that everyone carried on using it! (Hell, I can't talk, I almost did - I only learnt C when I was about 15)

However once you bring BASIC up to a par with C, it's just as complicated as C!

So why would you use BASIC rather than C?


I mean what's the difference on a system like the GP32?
If you are going to use some arbitrary language to program a device, you might as well use the one everyone else uses...
Last edited by a moderator: Feb 2, 2016

I think im gonna attempt to learn C again. I gave up after two days last time.
A

Don't be discouraged, C it's not so hard.. B) it's cool and powerful..
You, and the others who want to learn programming, should not give up... keep trying

learning other languages was easier

can't be longer than 2 months right? 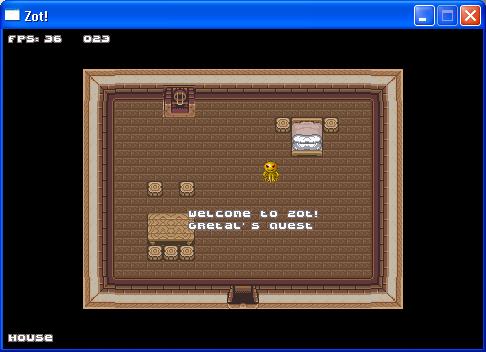 
I mean what's the difference on a system like the GP32?
If you are going to use some arbitrary language to program a device, you might as well use the one everyone else uses...
Click to expand...

speaking for myself, the BASIC reads a lot easier...

that's why i'd rather use basic...

personally i'd prefer an ultra-easy language like STOS...
Last edited by a moderator: Feb 2, 2016
A

If you want to use basic, then you won't go anywhere...
You can use it under Window$ or you can try the DragonBasic for GBA, but you still don't have the power to do what you want.
Since you have learned basic (even the kidz know it), don't think you can live all your life with this knowledge... you have to move on, make a jump and learn something serious.

Try to spend weeks making a good game in basic for DOS or Window$... if you want to port it to Linux? or Mac? or GBA? or GP32? (and so on...) Even if you find some basic compiler on different platform, it will be a long process... but if you write it in C? B)

That's why many games and emulators have been ported to GP32 (like scummVM, frodo, snes......) coz they're written in C.

So, judge yourself... it's still time for basic? or it's time to get serious and move to C? B)


Later,
Alessandro
(Defender of the C(rown? :lol: ) )
You must log in or register to reply here.

Turn Based Tactics Games On Gp32?
2