EvilDragon [Englischer Beitrag] said:
Besides some news, you'll get more nice pictures in this Blog entry!
I hope you'll enjoy both.

As mentioned, Nikolaus populated the PCBs.

The main PCB and the display PCB are exactly as they'll be in the final unit (except for the currently missing volume wheel) - unless we find some design errors that need to be fixed.
So yes, except for the CPU PCB, these are actual prototype PCBs!

For the moment, we have a dummy CPU PCB where we can attach the devboard - which means: Everything except the CPU PCB can already be fully tested!

Here are all the PCBs:
[Bild in der Übersetzung]

The dummy-CPU PCB attached to the main PCB:
[Bild in der Übersetzung]

The display PCB attached to the LCD, LCD cable connected to the main PCB:
[Bild in der Übersetzung]

And everything connected together and booted up:
[Bild in der Übersetzung]

Sadly, the USB/SATA-Combo port is discontinued and not available anymore.
Therefore, we decided to change it a bit:
[Bild in der Übersetzung]

As you can see, the port will be replaced with a USB3 port.
Now hold your horses, the OMAP5 only has ONE USB3 port, which is the MicroUSB port.
However, with a CPU upgrade, we'll have a USB3 port available.
With the OMAP5, it'll act as a normal USB2 Port AND we'll offer an adapter to connect SATA as well to it.

So instead of one combo port, you need to use an adaptor if you plan to use SATA, but at the same time we already have a USB3 connector on the PCB for future upgrades.
Sounds like a good idea to me

That's it for now, hopefully back soon with more news.
Click to expand... 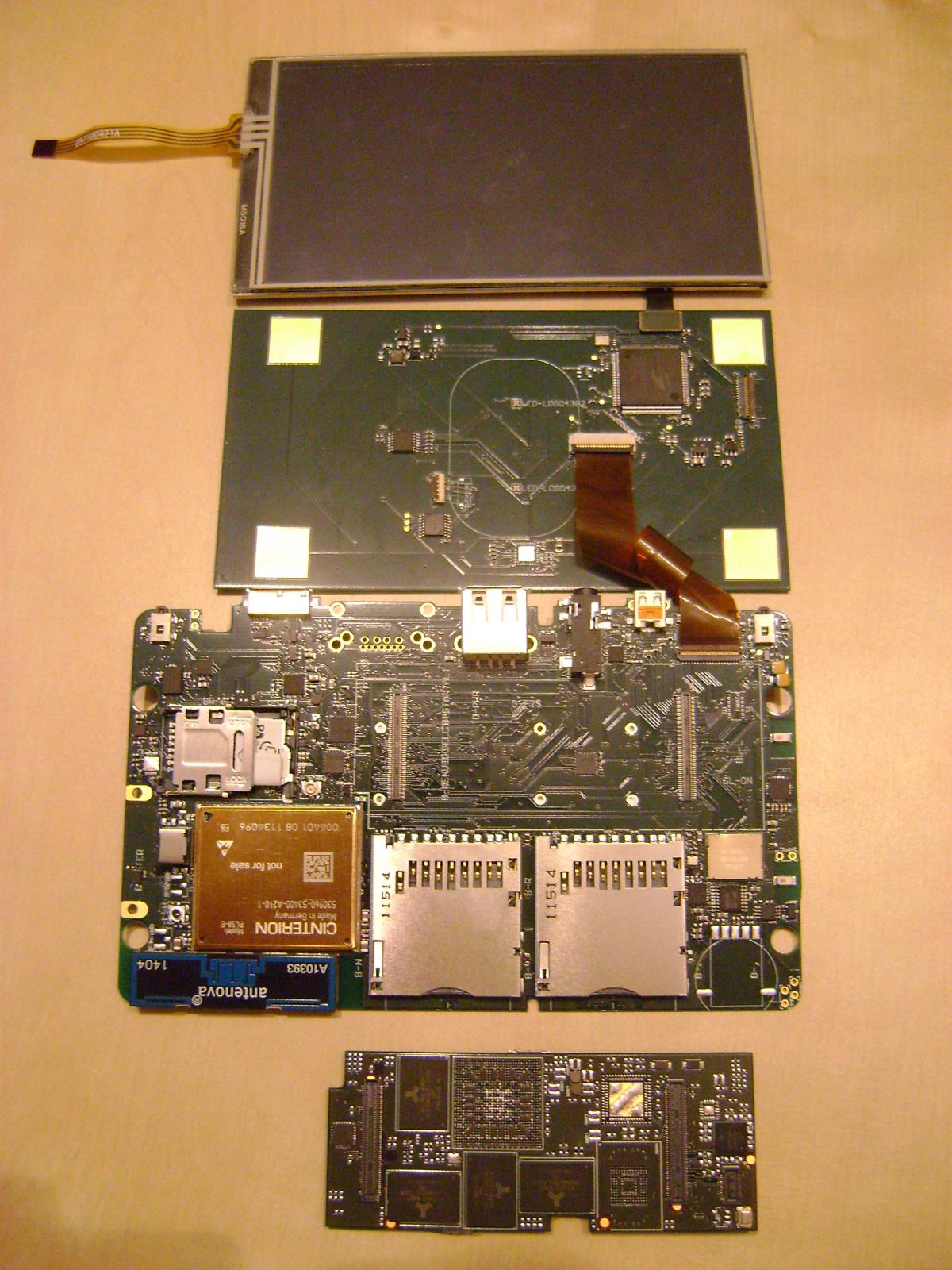 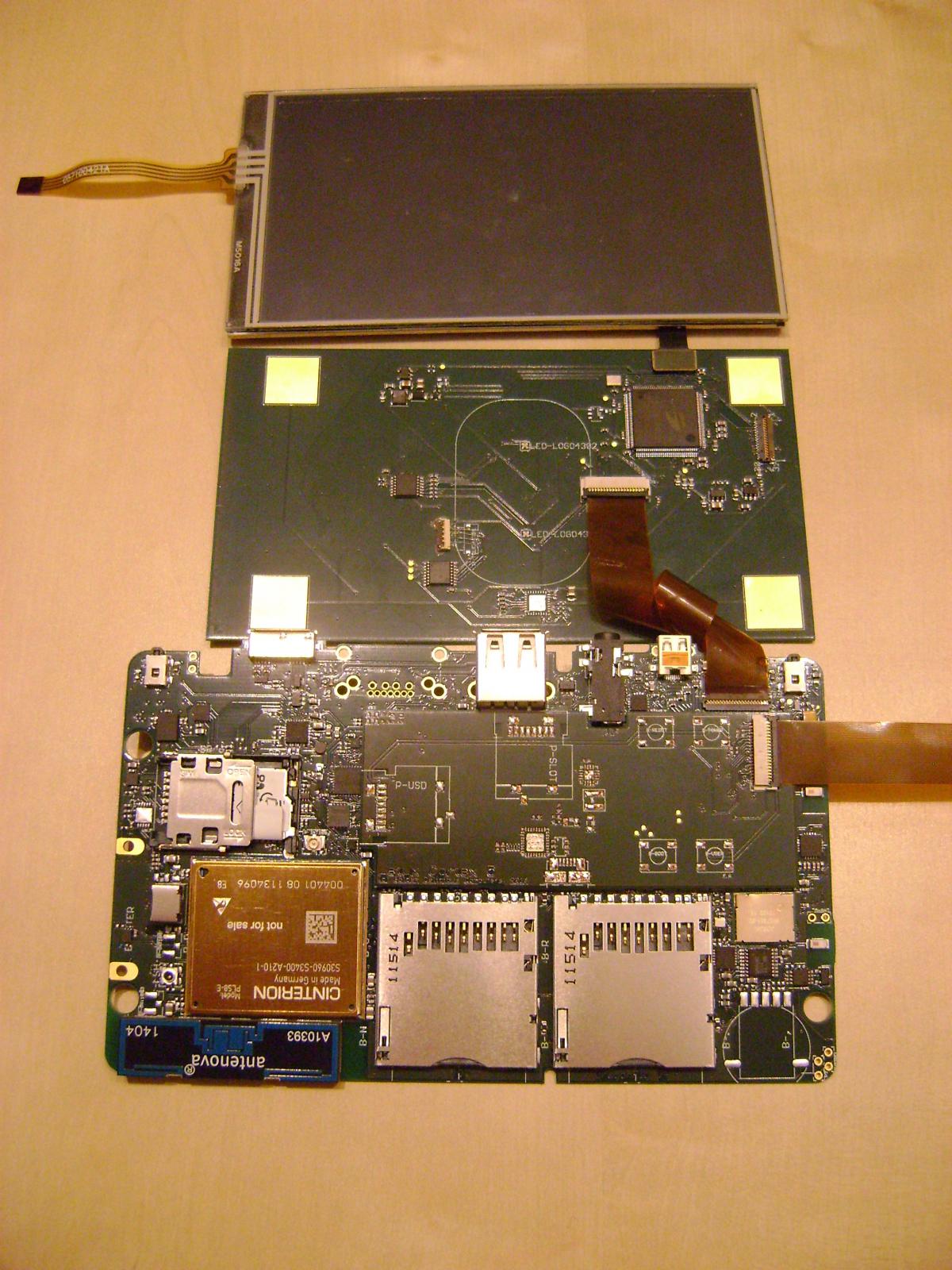 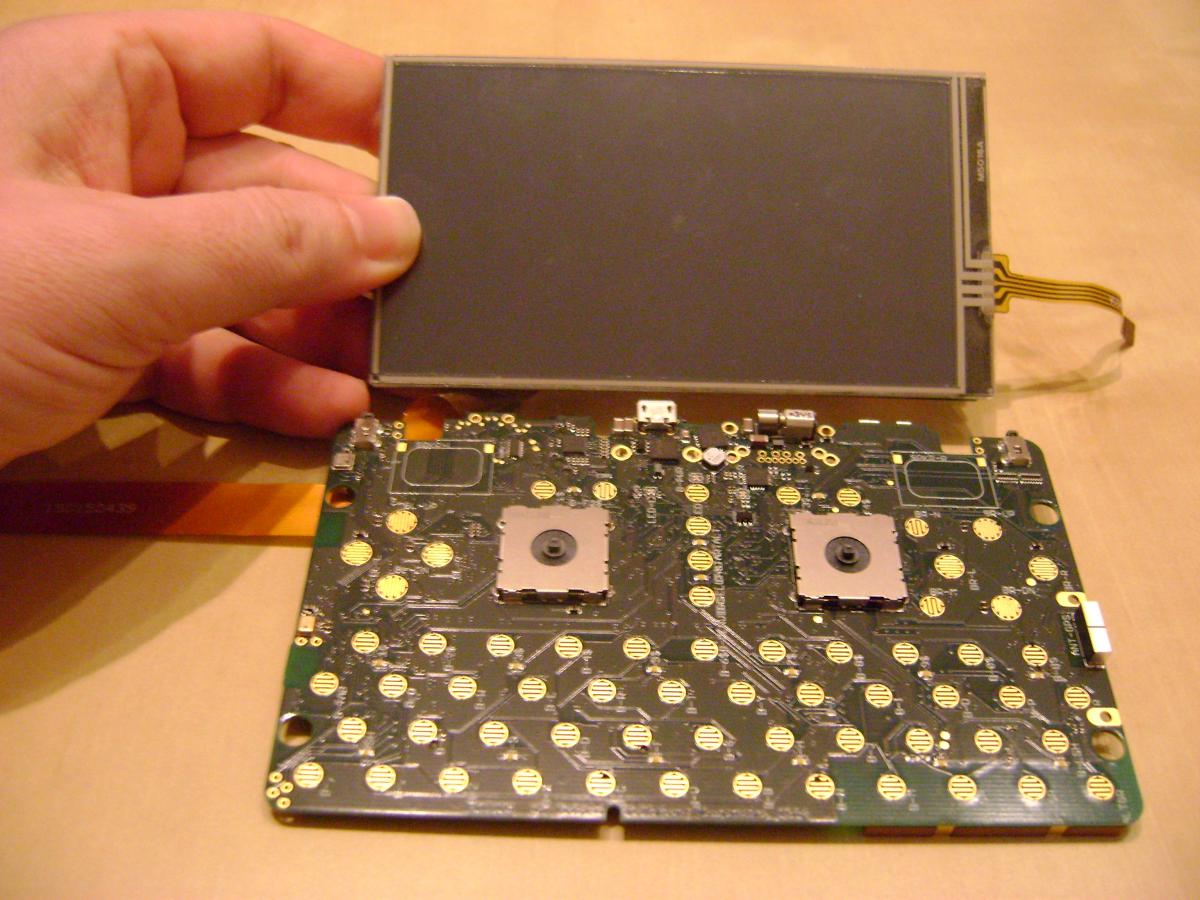 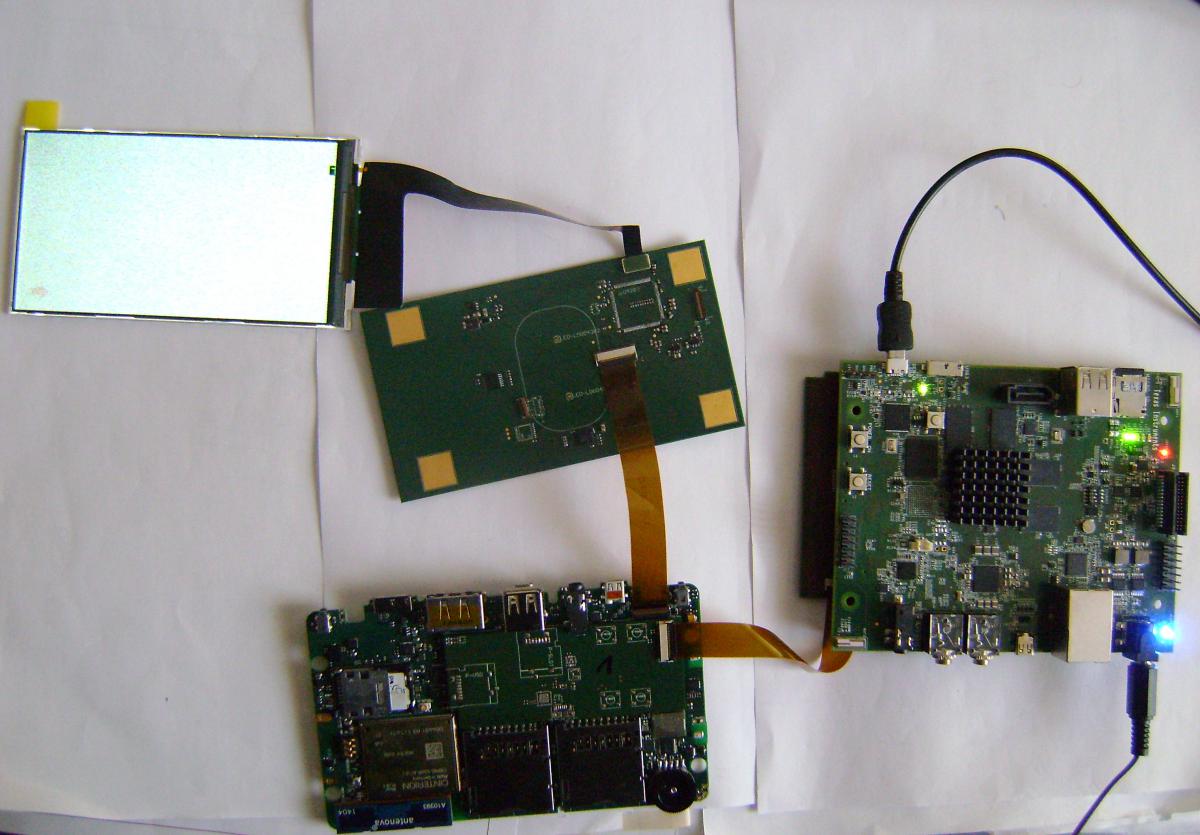 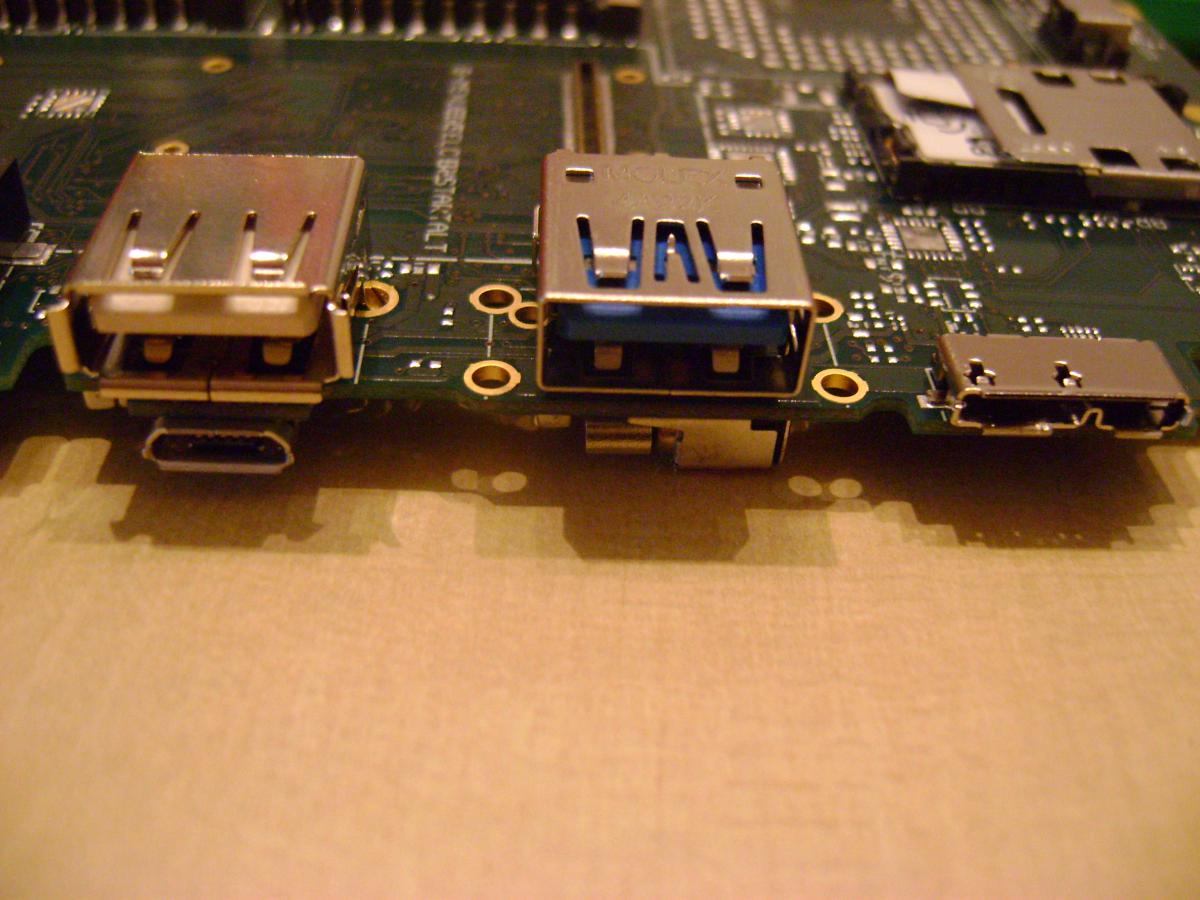